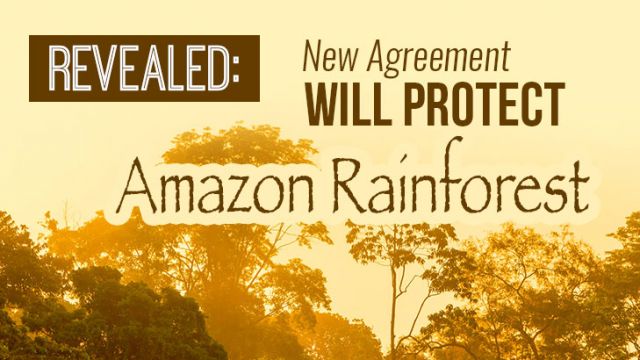 Although the three-million-square-mile Amazon Basin boasts the world’s largest tropical rainforest and biodiversity beyond measure, it is under constant siege by humans eager to develop and strip it of its natural resources.

A new agreement recently signed in Lima, Peru by over a dozen parties at the Amazon Waters International Conference makes protecting this treasure a top priority.

The Amazon River is the longest in the world, stretching 3,977 miles or 7,020 kilometers. From west to east, the Amazon Basin extends through nearly all the northern half of South America, the world’s largest contiguous rainforest and freshwater ecosystem. It is part of seven countries:

It is home to 30 million people. Of that number, approximately 1.4 million are members of indigenous tribes. Currently, about 45 percent of the Amazon Basin is under some type of protection, either under a conservation easement or as indigenous territory.

The Amazon Basin is particularly vulnerable to climate change. Deforestation is taking a toll, especially in Brazil. In 2015, the country lost the equivalent of two soccer fields of tropical forest every minute, or nearly 2,000 square miles annually. Trees are instrumental in taking carbon out of the atmosphere, helping to reduce global warming.

Brazil used to do a much better job of protecting its Amazonian tropical forests. In the decade between 2003 and 2013, deforestation rates plunged by roughly 80 percent. Since then, it’s risen considerably, largely due to illegal logging. Tropical woods are in great demand, and criminal loggers move wood long distances to hide where the logs were removed. A deep recession in Brazil is another reason government officials are less vigorously pursuing environmental and land issues. The economy was in good shape during the decade when deforestation was dropping.

Large amounts of the Amazon Basin have already been severely damaged due to gold mining, while huge dams are also impacting the region. These dams are touted by the Brazilian government as an economic windfall, as they will bring electricity into the deepest parts of the Amazon Basin. Hundreds of miles of rainforest have been or will become flooded under the dam plan. Plans for dam licensing are currently suspended because the proposed dams will seriously affect the region’s indigenous people. The lands of the Munduruku tribe would completely flood. Theirs is one of the largest forested areas on the globe. United States, European and Brazilian companies all seek dam licensing agreements.

The agreement states that the greatest threats to the Amazon Basin include:

The Amazon Waters International Conference was organized by the Wildlife Conservation Society. The parties agreed to certain specific objectives. These include the following:

The parties also agreed to “cooperate in good faith and with a spirit of solidarity.”

Will this impressive coalition make a difference? Only time will tell — and time is running out. However, this public document and declaration will help the Amazon Basin if its objectives are put into action.