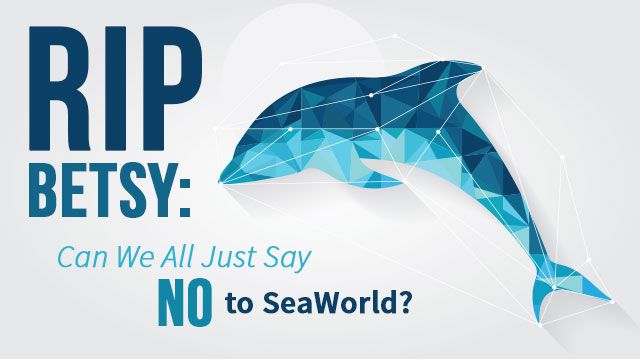 Recent news from SeaWorld: a 33-year-old Commerson’s dolphin named Betsy has passed away, after a transfer from San Diego to Orlando. While Betsy was an elderly dolphin, her death is the latest of many marine mammal deaths at SeaWorld, and it highlights the terrible conditions suffered by these creatures in captivity.

As children, many people in the United States, and in other regions across the world, grew excited at the mention of SeaWorld. There are dolphins! And whales! And they’re right up close! However, despite the glamorous mirage presented to us by the marketing, a closer look into SeaWorld’s practices reveals a much darker picture.

According to SeaWorld, upon arriving in Orlando, Betsy stopped eating, and was having digestive issues. Naomi Rose, PhD, a marine mammal scientist at the Animal Welfare Institute, stated that the park may have made a mistake in moving Betsy. Rose said:

“Why did they move her? Unless it was imperative for her welfare, it was a bad idea.”

Since June of 2015, Betsy is the fourth marine mammal laid to rest at SeaWorld. Many of these creatures die prematurely in captivity. According to Sarah Fishbeck, a former diver at SeaWorld:

“In less than 30 years they’ve killed off 20 Commerson’s dolphins. The average lifespan at SeaWorld is 8 years.”

Fishbeck also told reporters that over the last year, Betsy, along with other Commerson’s dolphins, which do not make as much money for SeaWorld as other marine animals, lived confined in a tank only 15 feet deep at the back of the park. She was taken from the ocean when she was only a few months old, and spent her entire life from then on in captivity, far from her natural habitat.

Betsy was originally removed from the wild with 11 other Commerson’s dolphins. Six of these dolphins died within one year.

It’s not only dolphins that suffer in captivity. Orca whales, nicknamed “killer” whales, suffer deplorable conditions as well. For one example, a 12,000-pound orca named Tilikum. He was captured at age two near Iceland, and was eventually transferred to Sealand in British Columbia, Canada.

There, Tilikum lived in a pool measuring only 100 by 50 feet, and was made to perform every hour eight times per day. He developed ulcers from the stress, and was abused by two fellow orcas. From Sealand, he was moved to SeaWorld. 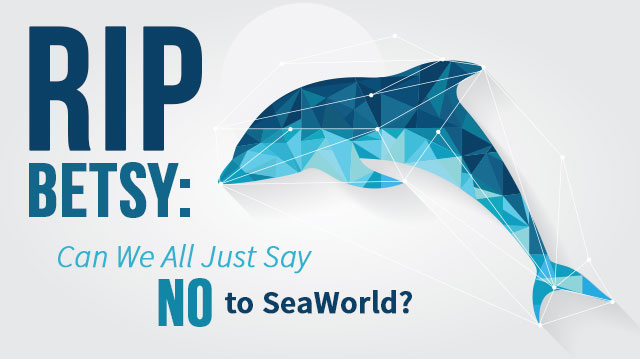 During his life, Tilikum has killed three people and exhibited aggressive behavior often. He is reported to chew on the sides of his tank, wearing down his teeth. Despite his history of aggression, his genes can be found in 54 percent of SeaWorld’s orcas. He is still living at SeaWorld Orlando, and still performing.

Because of his history, Tilikum really can be called a “killer” whale, and it’s safe to say that his captivity made him so.

When we hear about the confinement of these great marine mammals to tiny tanks, and the horrible conditions that they undergo, we have to ask ourselves how we can let it carry on. It’s easy to see why SeaWorld does it — money talks. However, as conscientious humans, we have to put the welfare of other living creatures over our own amusement. It may be fun for kids to see a dolphin or an orca up close, but it’s sure not “fun” for the animals.

Enough is enough: Let’s leave the sea mammals in the sea, as nature intended, shall we?