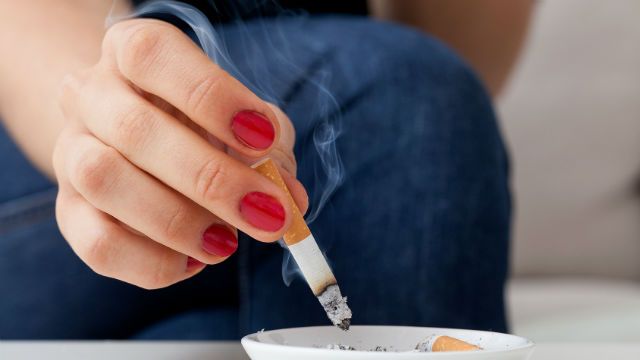 Whether you smoke or not, you may roll your eyes when you see yet another headline about the dangers of smoking. We all know it’s bad – even those who continue to smoke.

However, this issue still deserves attention, because despite the knowledge of its dangers, one in five Americans still smoke, and according to the CDC, 1,300 people in this country die every day due to either direct or secondhand smoke.

The CDC labels smoking as the “single largest cause of preventable death in the US.” Approximately one third of deaths from heart disease and cancer in this country are attributed to smoking, as well as between 80 and 90 percent of lung cancer deaths. In addition, smoking is linked to Chronic Obstructive Pulmonary Disease (COPD), stroke, diabetes, rheumatoid arthritis, macular degeneration and ectopic pregnancies, to name only a few conditions.

As we reported in May, smoking has also been associated with changes at the genetic level that increase the risk of many chronic diseases. This means that this habit alters our very DNA to be more susceptible to cancers and diabetes, and also compromises the immune system and degrades sperm quality. Cigarettes may also significantly speed up the aging process.

According to pulmonary expert, Dr. Kyle Hogarth, “the effect of cigarette smoking on women is more pronounced.” The Surgeon General has found that while the risk of lung cancer for men who smoke has doubled in the past 50 years, the risk for women who smoke has multiplied ten times. Women are also more likely to die from COPD than men, and are more at risk for developing “severe COPD” younger.

In April, we reported on a long-term University of Oxford study performed in 2013, which surveyed about one million women. Study results found that on average, the women who smoked had an eleven year shorter lifespan than non-smoking women. However, those who quit before they turned 40 reduced their mortality risk by about 90 percent.

For both men and women, secondhand smoke remains a significant danger. The American Lung Association states that about 7,330 people in the US die of lung cancer every year as a result of secondhand smoke.

Andrea King, the director of the University of Chicago’s Clinical Addictions Research Laboratory, states, “the implications are huge – more people die from tobacco related disease than from alcohol, drugs, HIV and suicide combined.” Experts agree that even for long-term smokers, quitting as soon as possible is imperative, so the body can begin to repair the damage that has been done.

When it comes to quitting, different methods work for different people. Some individuals are able to stop due to extraordinary willpower. For others, the physical addiction is too strong for this approach. Switching up your lifestyle habits and replacing smoking with healthy activities can be effective in many cases. For example, when you have an urge to smoke a cigarette, going for a brisk walk, heading to the gym or doing yoga may help.

A nutritious diet has been found to contribute to reducing cravings, as well. Eating healthy, whole foods can keep you satiated and in a better mental and physical state to kick the habit.

Incorporating crunchy snacks such as celery or raw nuts can aid with some of the oral fixation habits of smoking. A support system is also crucial, and counseling may be of great assistance.

Talking to a natural health professional about herbs and other natural remedies you can try is another option worth considering. Whatever approach you take, if you smoke, quitting now is the single most important thing you can do for your health, and your future well-being.