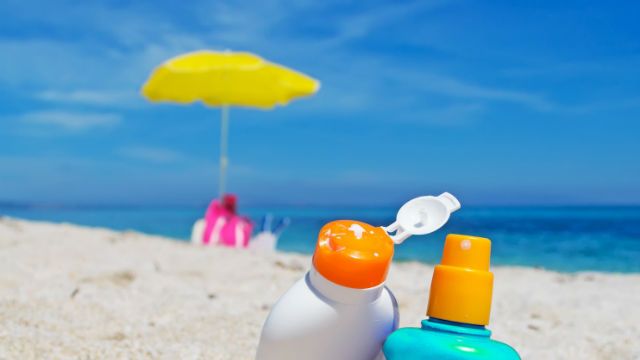 It is a fact that we have to be cautious when exposing our skin to the sun’s rays, however, many of us tend to go overboard.

We have reported on the dangers of sunblock, including its chemical additives and how it blocks out beneficial vitamin D.

Now, a new study has found that our excessive use of chemical sunblocks may actually be causing great harm to our oceans, as well.

The study, published in the Environmental Science & Technology journal of the American Chemical Society, found that that when people slathered in sunblock go swimming in the ocean, some of the ingredients can form toxic compounds which can harm phytoplankton, an important part of the marine food chain.

In particular, nanoparticles of zinc oxide and titanium dioxide, which are frequently added to many sunblocks on the market, may react to the sun’s UV rays and form hydrogen peroxide and other potentially toxic compounds.

When the researchers traveled to Palmira Beach, a popular beach on Majorca Island, and tested the waters, they found that the levels of hydrogen peroxide were indeed significantly higher in the summer, when the beach was most frequented. The researchers hypothesize that the sunblock washing off into the water was to blame.

If the phytoplankton in our oceans is compromised, this truly spells trouble, as many sea creatures rely on it as a food source.

Knowing that traditional sunblocks can be harmful to both human health and the health of our oceans, it may be prudent to rethink the frequent use of these seemingly innocent products. For mild sun protection, a layer of organic coconut oil may be all you need – it has an SPF of approximately 5. 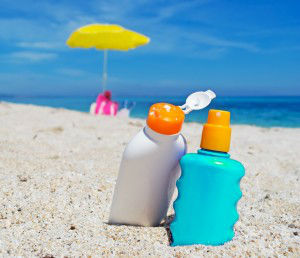 This amazing oil protects the skin from free radical damage, and also helps the body to absorb nutrients such as vitamin E more efficiently. People living in the Pacific Islands have used coconut oil for hundreds of years, and skin cancer rates are very low in this part of the world. This may have something to do with the abundance of vitamin D enjoyed from the sun.

We still need to be careful when going out in the sun, as sunburn can indeed lead to damage, especially for young children. The rays are most dangerous between noon and 3 pm; try to stay in the shade at this time. When out in the sun, wear a hat, and lightweight, light-colored clothing.

If you are going to be out for an extended period of time and cannot cover up, try an organic sunblock made without zinc oxide and titanium dioxide – and only use when you need it.