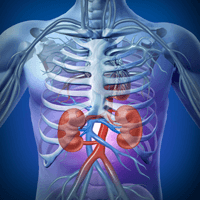 According to study, published in the professional medical journal, Nephrology, Dialysis and Transplantation, kidney disease has far-reaching effects on the body. Researchers examined the neurological effects of long term kidney disease. Similar to the impact of high blood pressure, kidney disease impacts both the circulatory and neurological systems.

One of the most significant contributors to developing kidney disease is consuming large amounts of diet soda. Although many people believe they are making a good choice when they consume diet soda instead of regular soda, the fact is that drinking more than two sodas daily can result in a decline in kidney function of 30 percent or higher.

Additionally, most diet sodas contain aspartame, which is highly associated with degenerative neurological illnesses and seizures. Additionally, aspartame is also connected with obesity and development of type 2 diabetes.

While it can be tempting to believe that contemporary medicine will be able to solve all of our health problems with a pill later on in life, avoiding kidney disease in the first place is the best and healthiest approach.