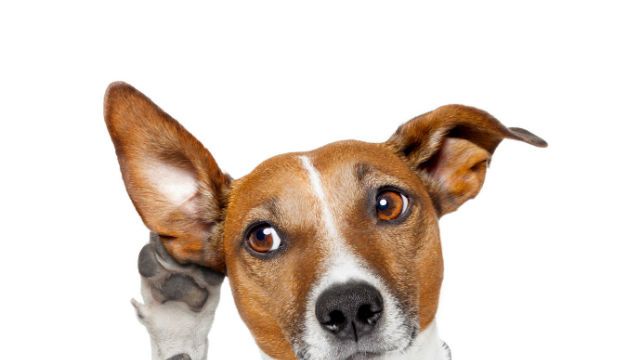 It often seems that our dogs not only understand what we say, they also frequently seem to know just how we feel. This may be because a dog’s brain differentiates both the sounds of human speech and the way we express ourselves, whether it’s with joy, anger or sadness.

They’re not only listening to what we say, but how we say it, according to researchers from the University of Sussex in the United Kingdom. The research team performed a series of experiments with dogs to get a closer look at the connection between human speech and its reception by canines. Their report, published in the Cell Press journal Current Biology on November 26, provides some of the first evidence of how dogs differentiate and process various components of human speech.

Victoria Ratcliffe, of the School of Psychology at the University, noted, “although we cannot say how much or in what way dogs understand information in speech from our study, we can say that dogs react to both verbal and speaker-related information and that these components appear to be processed in different areas of the dog’s brain.”

In an experiment involving 25 dogs, experts installed two digital speakers, five feet on each side of the dogs so that when they played speech from either side of the dog, the sounds entered each of their ears at the same time, and with the same amplitude.

If the dog turned to its left, that revealed that the information in the sound being played was heard more prominently by the left ear, suggesting that the right hemisphere is more specialized in processing that kind of information.

The researchers said that they observed general biases in the dogs’ responses to particular aspects of human speech. For example, when they heard familiar spoken commands in which meaningful components of the words were made more obvious, the dogs showed a left-hemisphere processes bias which was indicated by turning to the right. When speaker-related vocal cues or intonation were exaggerated, the dogs showed a significant right-hemisphere bias, the researchers reported.

Ratcliffe’s supervisor, David Reby, said that this was particularly interesting because their results suggested that “the processing of speech components in the dog’s brain is divided between the two hemispheres in a way that is actually very similar to the way it is separated in the human brain.”

While this doesn’t mean that dogs understand everything humans say, or have a human-like ability of language, the results do support the idea that our four-legged best friends are paying attention to not only to who we are and how we say things, but also to what we say.