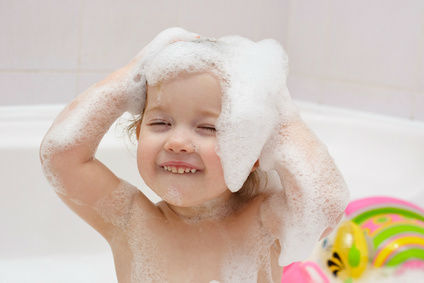 Consumers are making the difference when it comes to companies taking action to remove potentially harmful substances from their products. Johnson & Johnson, the maker of “No More Tears” baby shampoo, responded to consumer pressure in 2011, promising to remove formaldehyde and 1,4-dioxane from the product by the end of 2013.

This has now been accomplished, and the reformulated products are now being seen on store shelves across the globe. According to the New York Times, they are expected to completely replace the old versions over the next few months.

The shampoo still looks and smells the same, and this change is said to be the first step in the company’s efforts to remove all types of unpopular chemicals from its personal care products, including some of its other brands, like Neutrogena and Clean & Clear.

Government scientists consider formaldehyde to be a carcinogen, but you won’t find it listed on the ingredients even if you pick up an old bottle. It’s something that is released over time by preservatives such as quaternium-15, which was removed from the new formulation.

The chemical 1,4-dioxane, which has been linked to cancer in some animal studies, is a byproduct of the shampoo’s processing, and is what helps to make the other ingredients mild so that it can claim a “No More Tears” formula. The levels of the 1,4-dioxane have now been reduced to only very limited trace amounts, from one to four parts per million, the company said.

Johnson & Johnson also stated that it was a major challenge to make the changes in a way that consumers could not tell the difference, and a very costly endeavor, but that ultimately it was the consumers’ voice that won out. The next step for its research team is said to be removing parabens from the baby products, as well as taking those and other chemicals out of adult products.

Parabens are the most commonly used preservatives in personal care products, used to prevent fungus, bacteria and other microbes from growing, particularly in the warm, moist environment of a bathroom that they’re typically subject to.

As parabens have the ability to mimic estrogen and have been found in breast cancer tumors, they are thought to have a connection to the rising incidence of breast cancer, declining sperm counts and increasing rates of male breast and testicular cancers. These chemicals can be absorbed into the skin and may be disrupting the endocrine system, as well.

While it’s certainly good news that Johnson & Johnson is making the effort to reformulate its products, until all harmful chemicals are removed, consumers might want to consider using organic baby shampoos that are toxin-free, such as Earth Mama Angel Baby or Babo Botanicals.