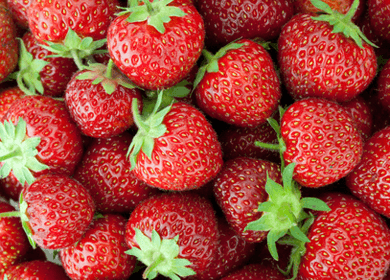 With so many families struggling financially it isn’t always easy to go completely organic. Many of the financial benefits are seen over a longer period of time with fewer medical bills as well as an increase in illness related expenses, but by not going organic we could run the risk of a host of ailments as well as premature aging. 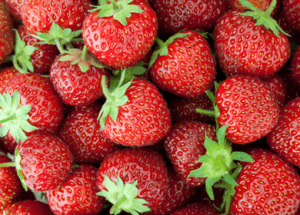 Through identifying and prioritizing the foods that are most crucial to eat organic and avoiding those with the highest risk of chemical contamination, we can make wiser decisions when it comes to our body’s health.

According to the Environmental Working Group, in 2011 apples were the number one ranked food when it comes to carrying pesticides. Whether it’s a McIntosh, Granny Smith, Red Delicious or any other type of apple, this fruit should always be eaten organic. On one batch of apples there were over 40 different pesticides discovered.

A stalk of celery may appear to be an innocent healthy snack, but it was found to have over 60 different pesticides when tested. Even peanut butter won’t make those toxins any better. The only way to ensure you aren’t ingesting all those chemicals is to go organic when it comes to celery.

Most peppers are known to carry a high number of pesticides, but sweet bell peppers rank the highest when it comes to containing pesticide residue.

Delectably juicy and sweet, standard peaches are also rather risky to eat. By going organic you’ll avoid the over 60 different pesticides that can be found in a standard sample.

Strawberries are heavenly with cheesecake or alone as a healthy treat, but not if they aren’t organic. With so many farmers resorting to chemical sprays due to fungus issues, most of the pesticide residue remains on the berries that are sold in the grocery store. When tested, nearly 60 different pesticides were found.

Keep in mind that many of these pesticides can’t be washed off. Systemic pesticides, used since 1998 and increasingly more often since that time, are absorbed into the plant’s tissues, the seeds, soil and the leaves.

By going organic and avoiding toxins, especially with these top ranked fruits and vegetables, you’ll be much more likely to experience not only a higher quality of life, but a lengthier, healthier and happier one.