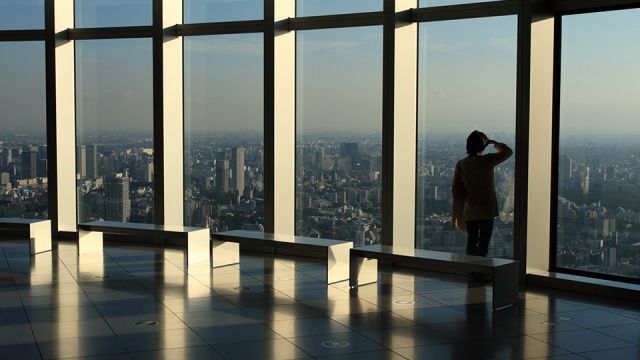 Miwa Sado was working like crazy. She was a political reporter for NHK, a public broadcasting firm that employed her to cover the election scene and governmental proceedings in Tokyo, Japan. Her job required her to give it her all.

In a single month, for instance, she logged 159 hours of overtime with just two days off. In 2013, the 31-year-old was found dead in bed while still clasping her cell phone. Authorities concluded that she died of heart failure, which was caused by extreme exhaustion brought on by overwork.

Japanese polictical reporter Miwa Sado died after she put in 159 extra hours of work in a month pic.twitter.com/95CGTCBVgX

Miwa Sado’s case is not unique. Experts say that hundreds (if not thousands) of relatively young (and presumably healthy) people die from work-related exhaustion every year in Japan. Indeed, the Japanese even have a name for it — karoshi — which translates to “death by overwork.”

The condition was recognized officially in 1987 when a 29-year-old suffered a stroke after enduring grueling shifts and a punishing work schedule at one of the nation’s largest new organizations.

During the 1990s, karoshi seemed to reach epidemic proportions as alarming numbers of seemingly healthy young people dropped dead, apparently from overwork. At the time, Japanese workers typically logged 60-hour work weeks (not including overtime) compared to 40-hour work weeks for their American and European counterparts.

How being overworked can kill you

Not surprisingly, scientists have been looking into the notion that extended hours in the workplace could pose significant health risks. For example, a study published in the journal The Lancet found that working more than 55 hours per week increased the chances of having a stroke by as much as one-third.

There are several ways that work-related exhaustion can undermine your health — and perhaps even kill you:

Overwork has been linked not just to ill-health, but also self-destruction. In 2006, for example, Naoya Nishigaki, 27, an engineer, wrote on his blog: “Why do Japanese people work so much? The cause of my depression is definitely overwork. I can’t do anything. I don’t feel like doing anything. I just feel irritated, exhausted and disgusted. I try to suppress these feelings with medication, but I feel like my medication has become less and less effective lately. I’m so worried. What should I do?” Nishigaki took a fatal overdose shortly after he wrote these words.

In the past, karoshi appeared to be a Japanese phenomenon. But now, Americans and Europeans are beginning to work even longer hours than the Japanese. In 2013, for instance, Moritz Erhardt, a 21-year-old intern working at a Bank of America/Merrill Lynch branch in London, was found dead in his shower after working 72 hours straight.

Overwork appears to be a growing problem in the United States. Increasingly, people — especially women — are reporting that they are burned out, exhausted and completely stressed by their daily schedules.

Here are some surprising facts to back up the case that many Americans may be taking on a perilous workload:

It’s still too early to tell if America will experience an epidemic of karoshi like the Japanese. Before she died, Miwa Sado wrote, “I am too busy and stressed out and think about quitting my job at least once a day, but I guess I have to hang on.” Tragically, it may have been the kind of thinking that ended up killing her.

Tips for reducing burnout and overwork

If you’re feeling overwhelmed by your job, these tricks can help: