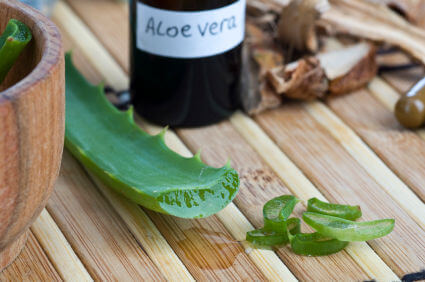 Since the 1940’s, prescription antibiotics have been used to combat an array of illnesses, with antiviral and anti-fungal medications to follow in later years.

One reason that the bacteria was so easily able to adapt may be that many varieties of antibiotics are composed of isolated chemical components. Their one-dimensional nature makes it easy for bacteria to counteract them in many cases.

In his book, Herbal Antibiotics, Stephen Harrod Buhner talks about the potential for various herbs to combat disease. He hypothesizes that with the increasing antibiotic resistance of many forms of bacteria, herbs with antibiotic properties may become highly useful. As opposed to the isolated compounds in pharmaceutical antibiotics, herbs contain a complex variety of bacteria-fighting compounds, which work together synergistically.

It is highly recommended to talk to a naturopathic healer before beginning to use herbs for antibacterial purposes, to determine the correct type and dosage for your individual health needs. The following herbs are potent, and may have some side effects when used in concentrated, therapeutic doses, so be sure to consult a professional.

Garlic has been traditionally used to fight bacterial, viral, parasitic and fungal infections, including (but not limited to) staph and strep infections, plus food-borne illnesses such as E. coli and salmonella. Allicin, the active compound in garlic, has similar properties to penicillin.

Raw, organic garlic is the most potent, and can be easily added to food to allow for easier digestion. Organic garlic oil has been effective for some people against ear infections, as well as for disinfecting minor cuts and burns on the skin.

Note: Be sure to alert your natural health professional if you are taking blood thinning medication, as garlic may interact with this drug.

Echinacea possesses antibacterial, antiviral and antifungal properties, and provides a boost to your immune system, aiding your body in fighting infections. Like garlic, it has been used through various periods in history to combat staph and strep bacteria, and according to Buhner, can be effective at the early onset of colds and flus, in tea and tincture forms.

Note: Do not take echinacea for longer than 10 consecutive days.

Multiple studies have illuminated the antimicrobial properties of cinnamon, specifically its abilities to stop the growth of bacteria and fungi including Candida yeast. A 2003 study published in the International Journal of Food Microbiology found that adding a few drops of cinnamon essential oil to 3 ounces of carrot broth kept the food-borne pathogen Bacillus cereus from forming for over 60 days.

Cinnamon can be combined with raw honey to help soothe multiple ailments. This combination boosts the immune system by strengthening white blood cells, and can aid with coughs, colds and stuffy sinuses.

A paste made of equal parts of cinnamon and honey can ease skin irritation, including eczema, insect bites, ringworm and minor burns. To help clear skin of acne, use 3 parts honey to one part cinnamon, and apply before you go to bed, and rinse in the morning.

Note: Do not feed raw honey to children under the age of 1.

The active ingredients in aloe vera have been linked to fighting staph bacteria, pseudomonas aeruginosa and type 1 and 2 of the herpes simplex virus. Aloe has also been found very effective for treating burns. The sap of the fresh aloe leaf is applied directly to the burn, which speeds up the healing process, and also shields against infection.

Sometimes, in the case of life-threatening illness, pharmaceutical antibiotics are necessary, as they save many lives. However, the over-prescription of antibiotics has become a huge problem.

If herbs were given a closer look by the medical community, many ailments that people are now prescribed antibiotics for could potentially be alleviated naturally.