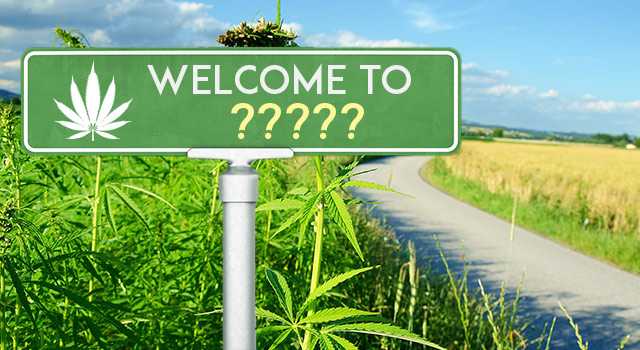 Roll over Amsterdam, because California is about to have an entire town dedicated entirely to weed. Cannabis tech firm American Green Inc. just purchased the town of Nipton, and say they hope to create the country’s “first energy-independent, cannabis-friendly hospitality destination.”

Located near the Nevada border, a century ago Nipton was a thriving gold mining town, though today its 120 acres are inhabited by barely 20 inhabitants. However, America Green says they hope to rejuvenate the historic town with a 21st Century gold rush — green gold, that is.

“The cannabis revolution has the power to completely revitalize communities in the same way gold did during the 19th century,” American Green’s CEO David Gwyther said. “We are excited to lead the charge for a true Green Rush.”

For now, the Nipton is not much more than a ghost town. It’s only an hour from Las Vegas, but the town center consists of little more than a hotel, school and general store.

To start with, American Green mostly plans on using the town as a base for growing cannabis and producing marijuana-infused water. In the long term though, the ultimate goal is to produce an oasis for stoners in the middle of the Mojave. The idea is to blend Nipton’s rich cultural heritage with modern cannabis production, and offer a retreat for city slickers to enjoy the solitude of the desert in style, not to mention more buds than you can shake a bong at.

Once the project is completed, visitors will be able to enjoy mineral baths, eco-friendly cabins replete with wood fired stoves, not to mention plenty of chronic to go around. The centerpiece of the project will be a marijuana store packed with everything from edibles to locally-grown Californian grass. According to the company, the project isn’t just about getting high though; it’s about creating a sustainable, environmentally friendly economy for Nipton. Because of this, American Green says their main target market is “conscious cannabis consumers.”

However, don’t hit the highway yet. The company estimates it’ll take around 18 months for the operation to be up and running. It’s going to cost the firm around $2.5 million to complete the project, on top of the estimated $5 million they’ve already reportedly paid to buy the town.

Nonetheless, the company seems confident they won’t have any trouble turning a profit. After all, the North American cannabis industry is already worth $6.7 billion, according to data from Arcview Market Research. The industry is currently growing at a rate faster than the tech bubble of the late 20th Century, and New Frontier Data has predicted the sector will create more than a quarter of a million jobs by 2020.

The only question left is what to call the new Nipton. Buzzfeed journalist Morgan Shanahan has suggested a few options, like Budland and Pot Town, but we think our readers can do better.