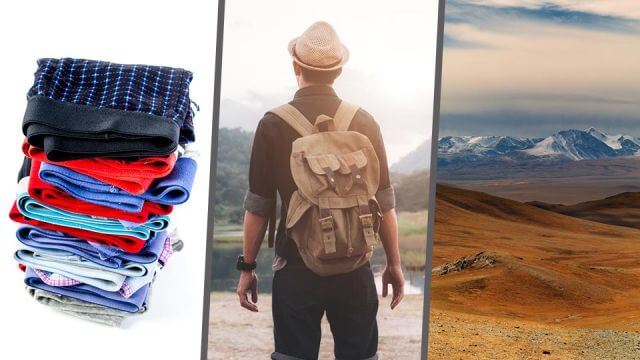 Two rickety planks of wood separated me and my only pair of underwear from the gaping maw of sheer terror. I tried to cling to the two slices of timber with my feet, my toes curling over inside my boots, searching for anything to grip onto. Each time the wind blew, the planks wobbled, threatening to toss me into the pit below.

Once upon a time, the open pit below me could have been called a long-drop toilet. That was probably generations ago, and by the time I came stumbling through this wind-beaten Mongolian shantytown, the village toilet had grown a meter-high stalagmite. It looked like an off-color limestone formation, built little by little, day after day. The collective work of a village so small, it didn’t appear on my map.

It smelt like pure death, and its lumpy pinnacle was barely a foot below the creaking planks. I knew if I fell, I’d never physiologically recover. So, I moved carefully. Gingerly, I eased myself into position, added my two cents to the stalagmite, and rose to make my escape. That’s when disaster struck.

It smelled like death, and I almost fell in

Somehow, the wind had gotten my trousers and my sole pair of underwear tangled. I discovered this when I took a step, and was immediately yanked backwards by the elasticity of the underwear’s waist band. I almost lost balance, but kept my cool.

Knowing what I had to do, I went to work untangling the mess between my ankles and hips. All the while, the wind was getting stronger, battering and whipping me. Invisible hands rushed across the Asiatic Steppe to nudge me into the pit. I felt the urge to work faster, but knew I had to remain focused and methodical. I worked like a bomb defuser. It was like “The Hurt Locker,” only if Jeremy Renner spent the first 20 minutes of the film trying to put his pants on.

Sweet relief finally came when the last button slipped into place, and I pranced joyfully off the planks, away from the toilet and towards the town inn. After a week on the road, I’d conquered the worst it could possibly throw at me. At least, that’s what I thought before I collapsed in the dirt. This was roughly at the halfway point of my road trip across Mongolia.

Mongolia is a great country for road trips. It has wide open spaces, stunning scenery, plenty of places to camp and extremely friendly locals. The only thing it lacks is roads, and all too often the quickest route from A to B is a day of destroying your Land Rover on the raw steppe. I’d set out from the capital, Ulaanbaatar, with a friend of a friend of a friend with a T-shirt, some cotton Thai fisherman pants, a brick of worthless, inflation-eaten Mongolian tögrög and a single pair of underwear. There were no plans, just an inordinate amount of time to wander aimlessly around Mongolia.

The trip started well enough. Once the concrete, decrepit Soviet dust-bowl of Ulaanbaatar had faded into the rear-view mirror, we were left with nothing but the open steppe in all directions. For our first pit stop, we visited a random road-side yurt to buy hard cheese and a leaking bag of kumis. The former tasted like a mix between week-old yogurt and chalk, while the latter was a traditional alcoholic beverage made from fermented mare’s milk. When I heard it was alcoholic, I decided I’d be better off stocking up, so we bought all the kumis our hosts had to offer.

Fermented horse milk ended up playing a surprisingly prominent role on my Mongolian road-trip. By the time the kumis had gone to my head, we’d stopped yet again. This time, we pulled over beside a giant pile of logs and rocks, decorated with flags. The driver (a friend of my friend’s friend’s friend) whipped out a bottle of vodka, which he may or may not have already started drinking.

We started walking around the big pile of stuff, drinking vodka while he spoke to me in Russian. I had no idea why I was walking around in circles in the middle of nowhere, though I later found out the mound was actually an Ovoo, a sacred site in Mongolia’s shamanistic religion of Tengriism. Mongolian travelers always pay respects to Ovoo for good luck, though shaman worship was banned during the Soviet era. Nowadays, nobody gets sent to the gulags for walking in circles around the Ovoo, and most of these shrines are piled with gifts of vodka and candy.

Sometimes, it’s better to be unprepared

After circumnavigating the mound a few times for good luck, we left our vodka behind, and continued our journey. The road got rougher, and our Land Rover lurched its way over protruding rocks. Inside, we were all tossed around to the beat of retro Russian discotec. The driver had decided he needed to wash his vodka down with kumis, and we all traded the sack around. It leaked everywhere, and by the time we pulled over for the night we all smelt like sour dairy.

Our accommodation for the evening was another yurt, and another family of welcoming nomads. While the dogs fought outside, we huddled around a stove, eating blood and bone marrow soup. I went to sleep with the feeling of the milk and blood sloshing around in my gut. It was intoxicating.

The next morning, I woke up early with my back aching from crashing on the floor. Outside the yurt, there was nothingness in all directions. Open steppe rolled onwards to the horizon, where the sun was just starting to spill gold over the vacated landscape. That was the start of the second day of my road trip – still a week before my adventure with the short drop toilet. Already though, the road trip was shaping up just fine, without any sense of rhyme or reason.

It’s like the old Scout saying is wrong: don’t be prepared, just grab a bag of fermented mare’s milk, pay homage to shamanistic rituals and everything will be fine, no matter how many pairs of underwear you packed.