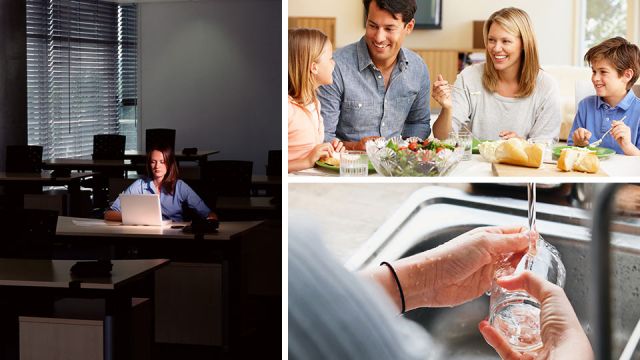 It’s true that giving your all to make your business succeed means sometimes sacrificing on personal routine. Yet, there are successful movers and shakers who surrender their evenings for personal growth or to simply shake off the day. While some may seem a tad unusual, the right set of evening habits can help you unwind from work, wind down for sleep, strengthen all the good things accomplished during the day and better prepare you for tomorrow.

Every successful person needs to know how to turn things off in the evening and put the day to rest. One way is by simply stopping the little voice inside your head and actively work on being present in every given moment.

At a Utah tech conference, billionaire Marc Benioff, founder of salesforce.com, spoke to CEOs and business leaders on the importance of meditation. He focused on how meditation is a necessary practice in his daily routines and how it touches all aspects of his life. He also advised the gathered entrepreneurs to “clear your mind, make room for some new ideas and get back to a beginner’s mind.”

Microsoft billionaire Bill Gates does two things each evening to shake off a busy work day. The first, you may find surprising: washing dishes. According to CNBC, Gates does it by choice and finds the routine enjoyable. In fact, it’s how he relaxes each evening.

That’s because washing dishes is considered a stress reducer and creativity booster, claims a Florida State University study. The study found that students who were aware while washing dishes (i.e., focusing on breathing and the touch, smell and feel of the task) saw a decrease in their stress levels and a boost in creativity. Apparently concentrating on the feeling of the warm water or the smell of the soap stimulates the brain.

After doing the dishes, Gates continues to unwind by taking time to read a book, no matter how late it is in the evening. Back in the 90s, Gates told the Seattle Times that reading is “part of falling asleep.” The Huffington Post founder agrees. According to Business Insider, Ariana Huffington recommends banning electronic devices like iPads, Kindles and laptops from the bedroom. She only reads the old-fashioned way, with print books.

Barack Obama calls himself a “night guy,” writes the Washington Post. As president, Obama considered his evenings in the Treaty Room, his once private office in the Whitehouse, as an essential time to work. There, he wrote speeches, sorted through briefing papers and even read 10 letters a night — chosen by his staff — from concerned American citizens, on issues such as gun laws. After dinner with his wife Michelle and daughters Malia and Sasha, Obama also watched ESPN, read novels or played “Words” with friends on his iPad.

In contrast, the 45th President Donald Trump spends a good portion of his evening crafting tweets that seem to incite his adversaries. According to The Guardian, Trump also spends his evenings watching Fox News. Earlier this year, after Fox News talked about whistleblower Chelsea Manning, Trump published a tweet only 14 minutes later branding Manning an “ungrateful traitor.” Like Obama, Trumps claims to be a night owl — but the similarity stops there. In his 2004 book, “Think Like a Billionaire,” Trump says he only sleeps about three to four hours a night.

Ben Franklin, known for his rigorous routines and schedules, outlined a strict daily routine, which included time for sleeping, meals and working, all set for specific times of the day. But he didn’t actually follow the schedule, according to the Atlantic, because he saw himself as far too important.

“My scheme of ORDER gave me the most trouble; and I found that, tho’ it might be practicable where a man’s business was such as to leave him the disposition of his time, that of a journeyman printer, for instance, it was not possible to be exactly observed by a master, who must mix with the world, and often receive people of business at their own hours,” Franklin wrote.

Franklin, who was also keen on self-improvement, ended each day by carefully asking the question, “What good have I done today?” As a successful entrepreneur, you may want to take a page from Franklin’s book and take the time each evening to evaluate what you’ve done throughout the day — what worked, what didn’t and what you can do to improve tomorrow.

Highly successful entrepreneurs know when it’s time to call it quits for the day, suggests Kevin Kruse for Forbes.  In fact, Kruse says that the founder and former CEO of Intel, Andy Grove, would consistently leave work at 6:30 p.m. regardless of what fires there were to put out at the time. In his book, “High Output Management”, Grove writes, “My day ends when I’m tired and ready to go home… There is always more to be done, more that should be done, always more than can be done.” When you truly realize that there will always be more to do at work, it frees you up to be intentional about deciding when enough is enough, says Kruse.

Sure, most mega-successful entrepreneurs and leaders wake up early every day and start the day before many of us have even had our coffee. But they also understand the importance of unwinding, resting and recharging in the evening for the next day ahead.