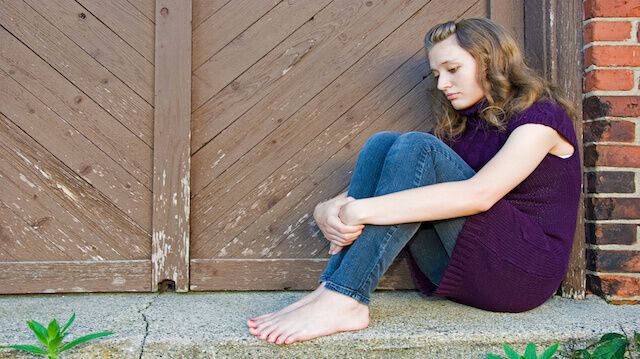 Ever wondered why teenagers act the way they do? Dumb, risky, reckless behavior seems to go hand-in-hand with puberty. Why? In some interesting studies, psychologists found that the presence of peers (even without communicating to each other) significantly bolstered risky behavior in adolescents.

Just being in a peer group has a huge effect

Adolescent expert Laurence Steinberg, Ph.D., professor of psychology at Temple University, Philadelphia, conducted a study in 2005 in which adolescents and adults were asked to play a video game that simulated driving. Participants played the game either alone or in the presence of same-aged peers, though no communicating took place.

Finding showed that the presence of peers had no effect on the adult participants, but the adolescents took significantly more risks that often led to crashes.

“This was interesting because the peers weren’t communicating with the game players — the players simply knew that they were being watched by their peers — so this ruled out the possibility that the reason kids take risks when they are with their friends is that the friends explicitly encourage them to,” said Dr. Steinberg.

The effect even without encouragement was surprising

The study conclusions were received with much skepticism among other members of the psychology profession. Many psychologists had previously believed that the influence of peers on adolescents was largely a product of actual encouragement.

As Dr. Steinberg explained in an article from The New York Times, “I’m aware that our study challenged many psychologists’ beliefs about the nature of peer pressure, for it showed that the influence of peers on adolescent risk-taking doesn’t rely solely on explicit encouragement to behave recklessly. Our findings also undercut the popular idea that the higher rate of real-world risk-taking in adolescent peer groups is a result of reckless teenagers’ being more likely to surround themselves with like-minded others.”

However, as Dr. Steinberg pointed out, more crimes are committed by juveniles in peer groups than by adults with peers. Similarly, teen drivers have a significantly higher risk of crashing in vehicles with peer-aged passengers compared to adults.

It’s all about the reward

To validate the results, Dr. Steinberg and his colleagues replicated their study
many times. During one such replication, they found that the reward centers in
the brains of teens were hyperactivated when in groups of others their age.
This hyperactivation in the reward system made them more easily excited by the
possibility of a “pleasurable experience.”

As Dr. Steinberg explained, “This, in turn, inclined teenagers to pay more
attention to the possible benefits of a risky choice than to the likely costs,
and to make risky decisions rather than play it safe. Peers had no such effect
on adults’ reward centers, though.”

Another important discovery of Dr. Steinberg’s research was that being around peers also made adolescents more sensitive to immediate rewards rather than rewards that would be long-term.

This theory was tested in a study that asked participants to choose between two different types of rewards. They could pick a small immediate reward of $200, or they could choose a much larger but delayed reward of $1,000 to be received in six months.

College-age participants were several times more likely to pick an immediate smaller reward when being observed by their peers. When college students were not being watched by peers, they could delay immediate gratification in much the same way a more mature person might. 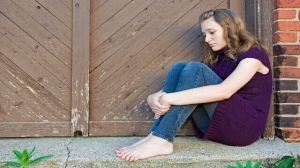 An even more surprising study on the effect of peer groups involved mice. Dr. Steinberg and colleagues raised mice from different litters in groups of three to create peer groups. When the mice were placed together in an environment with unlimited access to alcohol, they drank significantly more than mice that were tested alone.

When fully grown mice were tested, they drank the equal amounts of alcohol whether they were tested with peers or alone. However, the “adolescent” mice drank much more alcohol when in the presence of their peer group.

According to Dr. Steinberg, “In essence, we had discovered that the effect of peers on adolescent risk taking may be hard-wired in the adolescent brain because of the impact of peers on the brain’s reward centers. Just being around your friends is so rewarding that it makes you do crazy things.”

Even though some teenage behavior may be hardwired, a frank discussion about the long-term costs of risky behaviors can be helpful as a preventative measure. Open communication is often the best thing you can do to protect teenagers, even from themselves.