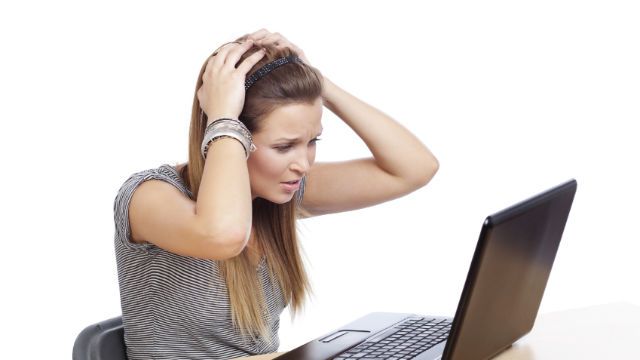 There is a new type of memory problem on the rise, and it’s striking our youth. This new memory dysfunction is being called digital dementia, and the overuse of today’s technology is apparently to blame.

What is digital dementia?

The term ‘digital dementia’ originated in South Korea a few years ago. It came about when doctors began to notice young patients who were experiencing cognitive and memory problems, which were more common with people who had sustained brain injuries. South Korea just happens to have one of the largest digital-using populations.

Thanks to the advent of computers, the machine now does the thinking and processing for young people, instead of having them rely on their brains. Not to mention, multitasking and mouse clicking is a distraction that promotes impaired learning and short attention spans.

Many are calling for no TV or digital entertainment for children under the age of two. According to the American Academy of Pediatrics, “unstructured playtime is critical to learning problem-solving skills and fostering creativity.”

There are also many organizations suggesting that screen time for children of all ages be limited to two hours of the day. It is also recommended to have “screen-free zones” in the home, especially in bedrooms.

“When you use the computer, you outsource your mental activity,” said Dr. Manfred Spitzer, a neuroscientist and psychiatrist. Spitzer wrote a book in 2012 called Digital Dementia: What We and Our Children are Doing to our Minds. He has been a vocal advocate against training kids with computers and electronic media.

“The more you train kids with computer games, the more attention deficit you get,” Spitzer stated. Based on his research, he recommends that between 15 and 18 should be the minimum age for media consumption. He argues, “the more time you spend with screen media…the less your social skills will be.”

There are other pediatricians who share Spitzer’s worries to some degree.

Dr. Stephen Pont, a pediatrician at Dell Children’s Medical Center, commented on digital media, “it makes sense at the extreme that it would affect memory. We do know it can affect sleep quality.” Dr. Pont states that he allows his children to play online games when they are on long family trips, but does set limits on screen time.

Children need to spend a majority of their time interacting in real life with others. They also need to be exercising, playing outdoors, reading, enjoying hobbies, and using their imaginations creatively. They need to learn with non-electronic formats like newspapers, board games, and books. TVs should be turned off during meals in order to foster family time interaction.

“If a person is constantly letting a computer think for them or are spending hours surfing the Internet, then they are not using their brain and, hence, their neural pathways are not stimulated,” explained Dr. Bradley Berg in an email. Dr. Berg is the medical director of pediatrics at Scott & White Hospital-Round Rock.

He adds, “we know very well that neurons that are not used are pruned away.” Parents, take heed.