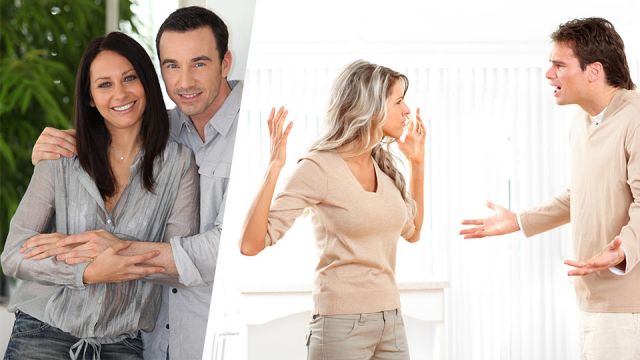 An increasingly alienating world that puts performance, quick satisfaction, competition and careers first sets us up to make a range of mistakes in our love life.

However, we also aren’t born knowing it all; learning how to best be with other people is something that we’ll do our whole lives. But, we can take a few short cuts, learning from other people’s mistakes. Here are ten quite common mistakes it’s really worth avoiding in your relationships.

The more effort and time we put into a relationship, the harder it can be to leave it. Sometimes, that can be a good thing. But, while it’s important to not give up too quickly, it’s also important to not stay in a relationship for the wrong reasons. Fear of being alone, a need to meet other people’s expectations, taboos around being single when you’re over a certain age, and fear of the unknown are all the wrong reasons to stay with someone. Stay with someone because you want to. That’s it.

Let’s be clear here: Where there’s abuse, the person actively being harmful and doing the actual abuse is the one in the wrong. However, because we all know that no one is perfect, and because we’re raised with the idea that good relationships don’t “fail,” it can be far too easy to dismiss unhealthy behavior, especially emotional and verbal abuse, as insignificant. The following behaviors, especially when they are regular, are unacceptable: ignoring a partner, insulting a partner, controlling a partner through finances, power or manipulation, violence, body shaming, guilt tripping a partner into sex, not listening, gaslighting and a partner who tells their partner who to be friends with and what to wear.

Particularly when you first start dating, you might be tempted to act like someone else or to take up hobbies that you don’t really have. Beyond the disservice you’re doing your own self-esteem and belief that you, as you are, are interesting and wonderful, you’re also setting the relationship up for problems down the line.

Being someone you’re not makes it pretty hard to work out if you’re a good fit for each other in the first place.

4. Avoiding discussions about the hard things

My first long term relationship lasted seven years, and it was beautiful, and he was caring, nonjudgmental and supportive. It ended because our lives took different directions and he found someone else, as would I eventually.

But I was surprised, during our break-up conversations, when he mentioned one of his biggest issues with me during the relationship was that I “didn’t like his friends.” It surprised me because I thought his friends were just fine, though I did feel a bit intimidated by them. In seven years, he never mentioned this, so he maintained the assumption he had, and the accompanying feelings of frustration, all that time. Don’t do that. Have the hard and difficult conversations, get the clarity you both probably need and work out solutions.

5. Being too dependent, or not letting yourself need others

Not being dependent on someone, believe it or not, actually doesn’t mean you’re not allowed to need people. As social creatures who are never good at everything, we do need others to listen to us, empathize, help out with those things we aren’t good at, share times with and so on. The thing to be clear on is when need turns into dependence.

Being dependent on your partner often goes hand-in-hand with being controlling, with not having other close friends or allowing your partner to, with not knowing how to be happy on your own, and with feeling constant anxiety about your relationship.

Before children first learn to walk, they fall over, again and again. They laugh and get up again. Some of the mistakes we all make in our relationships with others may be a bit harder to laugh at, but we can get up again. That means, learning, improving, growing and doing it all better. One thing I’ve done after long term relationships came to an end was to list the things I’d learned along the way. At such hard moments, its important to be aware of the lessons and knowledge you’ve gained, which will stay with you for next time.

7. Taking your partner for granted

8. Not remembering the bigger picture

For long-term relationships, it’s inevitable that at some point your partner will face something difficult: losing a job, a death in the family, health problems or something else. You’ll likely feel stressed yourself, and your partner will need acceptance and support. For a time, your relationship may not be as upbeat as usual. Recognize that that is okay, and don’t lose sight of the big picture — the whole of your relationship. That is, don’t fall into the trap of thinking that how things are for this time are how things will always be.

A relationship isn’t meant to be a competition. It’s quite the opposite! You want to aim to work well as a team — whatever that might mean for you both. That means it’s fairly destructive to remember all the mistakes the other person has made along the way, and bring them up when they have a criticism with something you’re doing. Sincere apologies are a recognition that something was done badly, so at that point, bury that issue and leave it there. If you really feel that you can’t, then that’s a good sign that the issue isn’t resolved. Talk about it until it is (or break up, if necessary). But don’t keep it stored in your back pocket like a weapon to bring out when you need it.

Ultimately, aim to resolve problems rather than win arguments. You should be putting you, your partner and your relationship ahead of your ego.

Criticisms can be hard to take, but you know what? They are also hard to make. If your partner needs you to change something, and they are expressing that in a kind and understanding way, they are giving you a gift — an opportunity to grow and be better. It may be hard to hear, but take a step back and seriously listen to them. As someone you care about, you at least owe them that.

What are some of the relationship mistakes you’ve made and learned from?