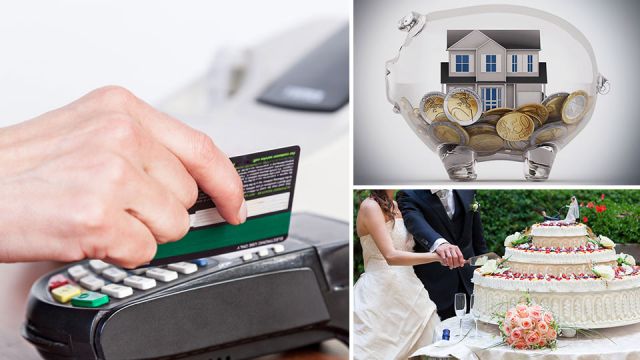 If you’re a 20-something, I have a little news for you, and you won’t like what I have to say. You don’t know everything! I know, I know, it feels like you know everything, right? But 20 years from now, I promise you, you’ll be wishing you could go back in time and shake that little head of yours — especially when it comes to money. Because the truth is, the financial decisions you make now could have a huge impact on how you live in your 40s and beyond.

Been there, charged it!

This is one of the worst money decisions I made in my 20s — charging everything on credit cards. Racking up credit cards seems to be a rite-of-passage for 20-somethings, since most of my friends were doing it. The problem is, it’s not free money. Eventually, those interest charges will bite you in the butt — just like those late-night burgers. Heavy interest payments also mean little to no savings that could have been put to better use like saving towards a mortgage or early retirement.

Not saving for retirement

I could have/should have started saving for retirement when I started my first job — but I didn’t. I thought retirement was far, far away. Instead, I dreamt of immediate pleasures like a new car, new computer, new furniture, etc. But, I didn’t save for a car, computer or new furniture. So, in the end, I made monthly payments, with interest, that took years to pay off. Which meant, I pretty much lived paycheck to paycheck. This mistake probably cost me over $100,000 in retirement savings.

Not stashing away an emergency fund

When you’re in your 20s, every day can feel like an emergency. Left your wallet at the club — emergency! Credit card hacked online — emergency! Got drunk and spent your rent buying drinks for all your friends — emergency! Well, maybe you’re lucky enough to have parents who’ll bail you out. Regardless, you should seriously consider stashing away cash for an emergency fund.

Trust me, I spent many a sleepless night trying to figure out how I’d pay my rent by the end of month after having my bank account and credit cards hacked. Even if you never need to use your emergency fund, you’ll sleep better just knowing it’s there for you. Plus, you’ll never need to rely on anyone but yourself — a lesson many people learn the hard way, when they wake up in a bad marriage and have no way out.

Not sticking to a budget

Your cash flow is something you always need to be aware of. In my 20s, there were days (most days) when more money was going out than coming in. I even worked a full-time job during the day and a part-time job during the evening to cover my expenses. Unfortunately, some financial choices have lasting effects. But the good thing about being young is that you have time to correct those mistakes.

What I should have done sooner was sit down, craft a budget and stick to it. As I learned in my 30s, a simple budget goes a long way towards keeping you in line with your money goals. And today, it’s easier than ever to track your money with apps. Look, if you’re not aware of overspending and where it’s all going ($30 a week on lattes) then you’ll never have enough to cover your day-to-day expenses, let alone saving for the future.

Going into debt for a wedding

I wasn’t in my 20s when I got married, I was actually in my 30s. Still, the lesson holds true — wedding debt sucks. Don’t get me wrong, big weddings are a beautiful thing, and it’s the dream of many young couples. But it’s easy to get caught up in pleasing everyone and their cousins at your expense. Trust me, nothing brings you crashing back to earth faster than returning from your honeymoon, only to weed through the stack of debt accrued from your nuptials — and of course, the 10 screaming messages left from your mother-in-law, but that’s another story. You don’t have to elope to cut costs, but you don’t have to go into debt either.

Not saving for a house

Although it’s a solid investment, home ownership isn’t for everyone, especially 20-somethings who can’t afford to maintain a house. I was in that group. I rented until my thirties. When I finally decided to purchase a home, I was lucky enough to marry someone who had invested in a condo. Still, we had to work fast and furious to save enough for a down payment. How much easier it would have been if I’d socked away at least 10 percent of my yearly wage towards a future purchase.

You’re in the prime of your life — do it now!

Here’s a little advice from someone who’s been there: when you’re in your 20s, the world is your oyster. You believe you’ll live forever, and you’ll have forever to save and pay your debts. But one day you’ll wake up and realize that tomorrow has arrived, and it came a lot faster than you could have ever imagined.

Right now, you’re in the prime of your life and time is on your side. Gain an edge in saving and investing, and I promise you, you’ll have a massive head start towards a bright financial future.