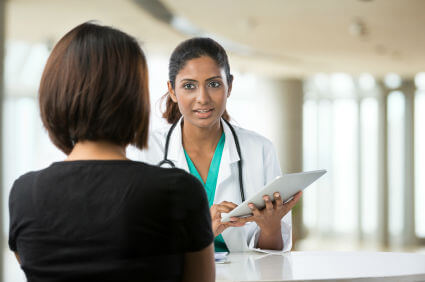 The journal Mayo Clinic Proceedings has recently published a new analysis which discovered that 146 contemporary medical practices were ineffective. Some of these practices, used over the last ten years, put patient’s lives at greater risk.

The 146 procedures were reversed after the analysis, however, this does little to help the people who had been subjected to them over the last ten years, and have suffered through pain and various side effects, with no benefits to speak of.

Study leader Dr. Vinay Prasad, of the Medical Oncology Branch of the National Cancer Institute, says, “the purpose of our investigation was to outline broad trends in medical practice and identify a large number of practices that don’t work… the continued use of such practices wastes resources, jeopardizes patient health, and undermines trust in medicine.”

Dr. Prasad and his research team derived their analysis by reviewing ten years of original articles on testing standard of care that had been published in the New England Journal of Medicine.

Of the 27 percent (363 of 1344) of studies that did test current medical practices, Dr. Prasad and his team found that 40.2 percent of them (146) to be ineffective. 38 percent (138) were considered sound and valuable, and 21.8 percent (79) were deemed inconclusive as to whether the practice was effective or not.

Some of the practices that were reversed were: stenting for stable coronary artery disease, hormone therapy for postmenopausal women that was aimed at improving cardiovascular function, routinely using pulmonary artery catheters in shock patients, the use of the drug aprotinin during cardiac surgery, cyclooxygenase 2 inhibitors and the application of recommended glycemic targets for diabetes patients.

According to Dr. Prasad, “they weren’t just practices that once worked, and have now been improved upon; rather, they never worked. They were instituted in error, never helped patients, and have eroded trust in medicine.”

It is truly disturbing that so many patients underwent unnecessary, often dangerous, procedures to no avail. Many people put their full trust in the opinion of their doctors, however, studies like this one clearly show that we need to keep our eyes open and question their recommendations.

Getting a second (and third) opinion on a prescribed medication or procedure, doing your own investigation, and carefully weighing all of your options versus the risks involved gives you the best chance to avoid falling victim to medical errors and oversights.

Giving natural options for whatever ails you a serious look is also a smart idea. For many conditions, natural therapies could be the answer, and are likely much safer than most approaches that western medicine employs.

Conventional medicine certainly has its place, and saves many lives. However, it also puts many at risk, sometimes unnecessarily. Unless it’s an emergency and there is no time to question a procedure, be sure to do your homework, and ask as many questions as possible.