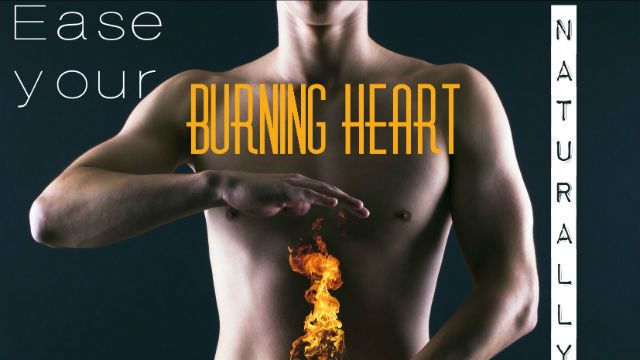 Do you reach for the little purple pill when you experience heartburn or acid reflux? If so, you are are not alone. Over 60 million Americans suffer from the annoying and painful condition at least once a month, and 25 million feel the burn daily, according to the National Institute of Diabetes and Kidney Digestive Diseases.

The vast majority of those who suffer find relief by using heartburn drugs known as proton pump inhibitors (PPIs). These drugs, such as Nexium, may actually do more harm than good, according to researchers.

In 2009, PPIs were the third most common drug taken in America, and totalled over 13 billion dollars in sales.

Mitchell Katz, director of the San Francisco Department of Public Health, notes that up to 70 percent of people taking these prescription drugs have only mild heartburn and do not need to be using the medications at all. The immediate response to the drugs is one of relief, however, long term use clearly poses some risks.

According to a study published in the Archives of Internal Medicine, taking these drugs suppresses the production of stomach acid, which increases the risk of infection and also the risk of fractures in postmenopausal women.

It was found that long-term use resulted in a 74 percent increase in risk of infection from the dangerous bacteria Clostridium difficile, along with a 25 percent increase risk of fractures in postmenopausal women.

In addition, researchers from Houston Methodist Hospital, along with two other institutions, found that the drugs may increase the risk of cardiovascular disease.

Although the terms heartburn and GERD (Gastro Esophageal Reflux Disease) are often used interchangeably, GERD is a more serious condition of which heartburn is a symptom. GERD occurs quite frequently – at least once or twice a week – and is generally followed by:

Heartburn is no joke

For a long time, both acid reflux and GERD were taken fairly lightly. However, now it is clear that both can have very serious, even life-threatening, complications including scarring, ulceration, constriction and even cancer of the esophagus.

In addition, excessive stomach function and GERD can also impact the digestive tract, contributing to Irritable Bowel Syndrome and other serious gastrointestinal problems.

When we swallow, food travels down the esophagus where it bumps up against the muscular valve LES (lower esophageal sphincter). This is the bridge between the esophagus and the highly acid stomach. The LES valve is what keeps stomach acid from going back up the esophagus.

If the LES gate malfunctions, some of the acid from inside the stomach refluxes into the esophagus, resulting in pain and burning.

Not too much acid

A common misconception is that heartburn and GERD are caused by too much stomach acid (hence the stomach acid blocking drugs). However, just because an antacid relieves the burning condition does not mean that it is treating the underlying condition.

It is, like most other Western remedies, treating only the symptom. Any amount of acid in the esophagus is going to cause irritation and pain, this does not mean that you have too much acid.

Jonathan Wright, MD, author of Why Stomach Acid is Good for You, states that in his practice, every patient who exhibited signs of heartburn and GERD has been helped with hydrochloric acid supplementation – not blocking. If too little acid were actually the problem, these results would not be found.

Heartburn and GERD increase with age, as does a reduction in stomach acid. In one study it was found that 30 percent of men and women past the age of 60 suffer from a condition known as atrophic gastritis, marked by little or no acid secretion. Another study found that 40 percent of women over the age of 80 make no stomach acid at all.

If an overproduction of acid is not the main cause of heartburn and GERD, what is?
There is no doubt that the LES malfunctions, causing acid from the stomach to travel up the esophagus. However, understanding just why the valve malfunctions is what is important. Without this understanding, we are just masking the real problem.

It is clear in accepted literature that GERD happens when there is an increase in intra-abdominal pressure. The pressure causes stomach bloating, which pushes the acid through the LES into the esophagus.

Some believe that overeating, obesity, bending after eating, lying down after eating or consuming fatty or spicy foods cause the bloating. According to Chris Kresser, licensed acupuncturist and practitioner of integrative medicine, these may be contributing factors but not the primary cause of intra-abdominal pressure.

In a normal stomach with a pH of 3 or less, most bacteria are unable to survive longer than 15 minutes. However, when there is not enough stomach acid and the pH rises above 5, bacteria start to have a party.

Sadly, acid-suppressing drugs promote bacterial overgrowth, thus making the condition worse and encouraging a dependency on their use.

If low stomach acid causes the bacterial overgrowth which leads to carbohydrate malabsorption and an increase in intra-abdominal pressure, it would make sense that reducing bacteria loads and limiting carbohydrate intake would help reduce and even cure acid reflux and GERD.

You may be suffering from low stomach acid if you have the following symptoms:

Instead of reaching for the little purple pill or any of its look-alike cousins, opt for a natural solution that will help improve the overall health of your digestive tract and increase acid production.

There are several very effective, pre meal tonics that are both cost effective and natural:

Eating processed foods only exacerbates problems with digestion, and gives plenty of energy to unhealthy bacteria. Choose fresh, organic fruits and vegetables, as well as healthy fats such as coconut oil and fat and protein from grass fed meat and dairy.

Taking a betaine hydrochloric supplement, which can be found at most health food stores, can help your body better digest food.

Using unprocessed salt, such as the pink Himalayan variety, will provide your body with chloride, which it needs to make hydrochloric acid. Himalayan salt also contains over 80 trace minerals that the body needs to perform optimally.