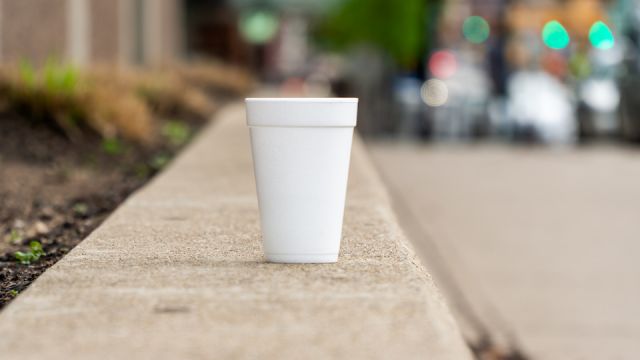 Health-conscious consumers beware – poisons are lurking in unexpected places, and you may be unknowingly exposing yourself to them every day. Even those of us who choose healthy options may be unaware of foods and personal care products containing dangerous chemicals, or the many names used by companies to disguise the true content of their products.

The following six culprits are some of the most commonly-consumed poisons to watch for:

A wide variety of foods contain BHA, including chips and preserved meats. It is also an additive found in fatty foods and is used as a preservative in flavoring.

The FDA tells us that this preservative is GRAS (generally recognized as safe) even though the National Toxicology Program classifies it as “reasonably anticipated to be a human carcinogen,” the International Cancer Agency categorizes it as a possible human carcinogen, and it is listed as a known carcinogen under California’s Proposition 65. There is consistent evidence that BHA causes tumors in animals and much debate about whether humans are at risk.

According to the European Union, BHA is an endocrine disruptor and, at high doses, can lower testosterone and thyroid hormone thyroxine. In addition, this dirty additive has been found to impact sperm quality and the sex organs of rats negatively. In one study, it was found that female rats given lower doses of BHA had a decrease in uterine weight, possibly from effects on estrogen metabolism. Additional research has found developmental impacts, including decreased growth and elevated mortality in rats that had not been weaned along with behavioral impacts after weaning.

What you can do: Check for BHA in your favorite foods on the Environmental Working Group’s database here.

Known as a chemical cousin to BHA, BHT is a preservative found in many breakfast cereals and high-fat items meant to be stored for long periods. BHT and BHA are often used together.

BHT also makes an appearance in numerous skincare products, cosmetics, and petroleum products, as well as embalming fluid and jet fuel. Although it is FDA-approved for use in both food and cosmetics and is not listed as a carcinogen, there is research that indicates that it may cause cancer in animals.

Studies have shown that rats fed BHT developed lung and liver tumors, and this chemical has been shown to cause thyroid and developmental issues pointing to the fact that it may be an endocrine disruptor. One neurobehavioral study of rats that were exposed to BHT during development found impacts on motor skills and coordination before the animals were weaned.

The Material Safety Data Sheet (MSDS) on BHT states bluntly that this chemical should not enter the environment, is combustible, may have effects on the liver, causes nausea, dizziness, and abdominal pain if ingested, and causes harm to aquatic life. A 2011 report on carcinogens by the U.S. Department of Health shed light on studies from 1986 and 1990 that found multiple cancers in mice, rats, and hamsters after exposure to BHT. Unfortunately, it remains a popular preservative, so be sure to choose your pantry items wisely. Watch for BHT in both Nabisco, Post and Kellogg’s cereals and Diamond nut products. Some of the skincare brands that use BHT in select products are Revlon, Neutrogena, Oil of Olay, L’Oreal, Lubriderm, Aveeno, and CVS.

What you can do: Read product labels carefully and avoid BHT.

Commonly used as a coloring in many food products such as baked goods, cereals, dessert powders, potato chips, jams, candy, and pet foods, yellow #5, also known as tartrazine or E102, can also be found in certain cosmetics, shampoos and vitamin supplements. It is responsible for the bright yellow and orange shades in candy corn. Although banned in many European countries, including Austria and Norway, it is still freely used in the United States. Yellow #5 carries with its ingestion a high risk of allergic reaction – ranging from mild to severe – and is especially dangerous for those who are allergic to aspirin.

Additionally, Dr. Joel Fuhrman, a family physician, has pointed out the likely contamination by various carcinogens that can occur during its manufacturing process. This food coloring has also been linked to hyperactivity in children. A 2008 report by the Food Standards Agency, the UK’s equivalent to the FDA, warned that certain colorings, including tartrazine, can cause impulsiveness, loss of concentration, hard-to-control activity, and other ADD and ADHD symptoms in children.

What you can do: Avoid products that contain names with numbers. Use organic vegetables, fruits, and spices for natural color.

This synthetic compound with estrogenic and progesterone-mimicking properties is used to promote faster growth rates in livestock, including cattle and swine nationwide. According to research performed at Ohio State University and published by Breastcancerfund.org and the 2011 Anticancer Research Journal, consuming meat from zeranol-treated animals may be a significant breast cancer risk factor. Studies exposed breast cancer cells to zeranol, and the resulting abnormal tumor cell growth showed an increase even at zeranol levels 30 times below the FDA-approved level. You read correctly – the level of zeranol found in your steak, hamburger, or pork chop is 30 times greater than the quantity that caused cancer cells to multiply in lab tests.

What you can do: Eat meat that has no hormones added.

MSG and its use as a popular flavor enhancer started in Japan, where a Japanese doctor isolated the compound chemically from kombu seaweed. The dangers of MSG have been well-researched, and reactions include heart problems, weight gain, headaches, asthma, ADD, seizures, and incontinence. While some people show little reaction to consuming MSG regularly, others have life-threatening symptoms.

No one really knows just how many people are “sensitive” to MSG, but studies from the 1970s show that 25 to 30 percent of the U.S. was intolerant to this flavor enhancer. The use of MSG has skyrocketed since that time, and it has been estimated that up to 40 percent of the population may experience adverse symptoms after eating foods containing MSG

Today, MSG can be found in numerous canned, frozen, processed, and fast foods, among others. It also hides under many names and clever packaging techniques. A label that states ‘no MSG added’ does not mean that the ingredients used to create the dish do not contain monosodium glutamate, just that no additional quantity was used in the recipe, so be sure to check your ingredient labels. Also, be on the lookout for the following additives, which always contain MSG: textured protein, autolyzed yeast, hydrolyzed protein, plant protein, oat flour and vegetable protein, sodium, calcium caseinate, and yeast extract. It is also sometimes hidden within ‘natural flavors,’ and is naturally present in soymilk.

What you can do: Know the many ways that MSG hides and read your labels carefully.

A chemical used in the manufacturing process of plastics, rubber products, latex paints, polyesters, and styrofoam food containers, styrene, is approved by the FDA as a food additive. However, in 2011, the National Toxicology Program (NTP), America’s leading body of authority on cancer-causing chemicals, listed styrene on its annual report of chemicals linked to cancer, stating that the material is “reasonably anticipated to be a human carcinogen.” Styrene is considered a Hazardous Air Pollutant by the Environmental Protection Agency (EPA) and is also recognized as a likely carcinogen by the World Health Organization (WHO). Additionally, due to the high cost of recycling styrofoam, a great percentage of it ends up in landfills. Sixty-five percent of all styrene in the United States is used in the production of styrofoam products such as plates and cups, which pose a serious and ongoing threat to the environment.

It is more important to read the ingredients on a nutritional label than the calories. We need calories, fats, and cholesterol from healthy sources to survive. What we don’t need is added chemicals to our already questionable food supply. Unfortunately, while it may be impossible to stay away from all carcinogens and harmful substances, educating yourself on the ones you can avoid is crucial to your long-term health.

What you can do: Use your own coffee and drink mugs, don’t drink or eat from anything made from foam.