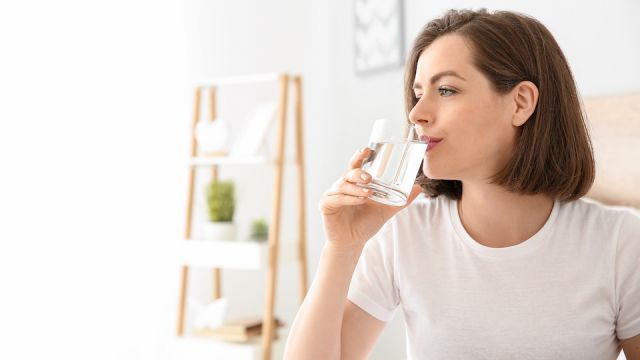 There are many things in life that we wish would last forever. A great book, beautiful love, warm sunshine, or the smell of fresh flowers in the springtime. Human-made “forever chemicals,” also known as perfluoroalkyl substances or PFAS, are not one of those things that we should ever wish to last a lifetime, but the sad fact is…they do.

The contamination of American’s water supply by dangerous and highly toxic chemicals appears to be far, far more severe than ever thought. Here’s what you need to know and how you can stay safe.

Ah, water, the lifeforce teaming within us. We need water to survive, and many people don’t drink enough. But how often do you think about the source of the water you do drink? We are not living in a third world country; how bad could it be? Trust me, it is bad — very bad.

Introduced more than 60 years ago, PFAS are known as “forever chemicals” because once they are in the environment, they don’t break down. Instead, they accumulate in our blood and organs. These toxic chemicals are passed from mother to fetus during the entire nine months of pregnancy.

PFAS chemicals are a family of thousands of synthetic chemicals that are as long-living in the human body as they are in the environment. This is due to the super-strong bonds of fluorine and carbon. Almost 5,000 of these toxic chemicals exist and are increasing in number as the industry learns how to invent new forms of this type of chemical.

98% of Americans have PFAS in their blood

The Centers for Disease Control and Prevention’s National Health and Nutrition Examination Survey (NHANES) found PFAS in the blood of 98% of Americans. But how did they get there and why aren’t there stricter regulations in place to stop this?

Here’s a shocking fact. These dangerous chemicals end up in the air, in household dust, the soil, our food, and even in ground surface water — making their way into our drinking water. Chemicals get stored in blood serum and other organs. Over time, these chemicals build up and begin to have a negative and highly toxic impact on the body. The effects may be subtle at first, but they can increase in intensity as the years pass.

“I do think that Americans should be concerned about these chemicals,” said Susan M. Pinney, a professor in the department of environmental health at the University of Cincinnati. Pinney states that not nearly enough time has passed to really get a grip on the long-term impacts of these toxins. This sounds eerily familiar to the battle we have been having with GMOs.

Not paying attention to where your water comes from could be one of the biggest health mistakes you ever make.

Xindi Hu, the lead author of a 2016 study on PFASs, says that these organic compounds are actually beneficial. However, what he means is that they are useful to our modern industrial way of life. They are employed in the creation of food packaging products such as pizza boxes and popcorn bags. You can also find these toxins lurking in fabrics, cooking pans cleaning products, and fire fighting foams.

According to Arlene Blum, the co-author of the 2016 study, PFASs are widespread. We find them in wildlife, human tissue, and bodily fluids of people from all over the world. This is an epidemic. Blum is also the executive director of Green Science Policy Institute and a chemist who led a 2015 statement signed by 200 international scientists to push for the restricted use of PFASs.

The results of the study indicated that 66 public water supplies had at least one sample that measured above 70 parts per trillion for two types of PFASs with Newark, Delaware, and Warminster, Pennsylvania, showing very high concentrations.

Overall, the study showed that 16.5 million Americans have one of the six types of PFASs in their drinking water at levels that are at — or exceed — what the EPA says is safe. The highest levels were located in watersheds close to industrial sites, military bases, and wastewater treatment plants.

The highly notorious PFAS compounds are known as PFOA and were formerly used by DuPont to manufacture Teflon cooking pans. PFOS, another PFAS compound, was a former ingredient in 3M’s Scotchgard. Although these compounds have been pushed out under EPA pressure, they still remain in drinking water. In the most recent tests by the EG, PFOA was found in 30 of the 44 water samples, and PFOS in 34 of the 44 samples representing about one-quarter of the total PFAS level in each sample. I don’t know about you, but this seems more than slightly concerning to me.

Just released information from The Environmental Working Group (EWG) group has revealed that PFAS are putting far more Americans at risk than the 2018 estimate of 110 million.

Just one sample was clear

There were 44 tap water samples taken by the EWG in 31 states and Washington D.C. Out of all of these sites, only one location, Meridian, Mississippi (which uses 700 foot deep wells), had no detectable PFAS. Seattle and Tuscaloosa Alabama were the only places to have levels below 1 part per trillion, the limit that the EWG recommends.

The EWG found not just one but, on average, six to seven different PFAS compounds at tested sites. Sadly, at 34 test sites, the EWG found contamination by PFAS not publicly reported by the EPA or state agencies.

What is the EPA doing?

This question makes me laugh — what does the EPA always say and do when faced with information of this kind? Since 2001 they have known about issues with “forever chemicals” in the American drinking water supply. However, there is still no enforceable, nationwide legal limit set by the government to protect citizens of this country. The EPA did state in early 2019 that they would begin to set limits on two PFAS, PFOA and PFOS but offered no timeline as to when this will be put in action.

With regards to the 2016 study, the EPA declined to comment on the research (big surprise there) but did say that the company that made perfluorooctanesulfonic acid had voluntarily stopped producing it in the U.S. between 2000 and 2002. Four years following this, eight significant manufacturers declared that they would stop making perfluorooctanoic acid and related chemicals. However, some ongoing uses of the chemicals still remain.

A 2018 draft report from an office of the U.S. Department of Health and Human Services stated that the risk level for exposure to “forever chemicals” should be ten times lower than what the EPA recommends. The White House and the EPA actively tried to keep this report from being published.

With the federal government’s apathy over the seriousness of PFAS contamination, some states are starting to take matters into their own hands.  New Jersey was the first to set a maximum contaminant limit for the “forever chemical” PFNA, at 13 ppt. They have also proposed standards of 13 ppt for PFOS and 14 ppt for PFOA. Other states to set limits or guidelines for PFOS in drinking water include California, Connecticut, Massachusetts, Michigan, Minnesota, New Hampshire, New York, North Carolina, and Vermont.

A study presented early in the summer of 2019 by the Food and Drug Administration at a scientific conference in Helsinki, found PFAS linked to cancer in milk, meat, and produce and even store-made chocolate cake sold in the United States.

The chemicals referred to in the report are used in several everyday products, including food packages. According to FDA research, water contaminated with PFAS most likely ends up in the food supply. Fourteen of the 91 samples that were taken by the agency contained chemicals, and almost half of all meat and seafood samples tested were also positive.

Researchers analyzed 13 samples from a dairy farm near a U.S. military base where firefighting foams containing PFAS have been used. All of the samples had traceable levels of PFAS in them that were similar in chemical structure to what is contained in firefighting foams.

According to the FDA, the samples were “determined to be a human health concern and all milk from the farm was discarded.”

Additionally, the FDA noted that even when the cows were no longer exposed to PFAS contaminated water or feed, the chemicals remained in the cow. Just 30 days of eating and drinking contaminated feed or water requires 1.5 years to exit a cow’s body.

The FDA also reviewed produce samples from farms close to a PFAS manufacturing plant. This produce was sold at local farmer’s markets. Area wells were known to be contaminated with a PFAS called GenX. Of the 20 samples tested, 16 were leafy greens, cabbage, kale, and collard greens. Out of these 16, 15 showed measurable levels of toxic “forever chemicals.”

There is one country that isn’t waiting any longer to take action. Convinced of their danger, Demark leads the way to protect its citizens from these health hazards. Let’s hope our government is paying attention.

Denmark has become the forerunner in banning these highly dangerous chemicals from food packaging. The New law will begin next year and will require baking paper and bags for such things as microwave popcorn to be free of PFAS.

The ban includes the use of PFAS compounds in materials that come in contact with food such as cardboard and paper. It may be permissible to continue to use recycled paper for food packages, but PFAS compounds must be separated from food by a barrier, which will keep the chemicals out of the food.

“I do not want to accept the risk of harmful fluorinated substances (PFAS) migrating from the packaging and into our food. These substances represent such a health problem that we can no longer wait for the EU,”

What you can do to protect yourself and your family

Because we need water to survive, the answer is certainly not to stop drinking it. We just have to be very careful about where we are sourcing our water. The best thing possible is to install a whole house water filter that will remove dangerous chemicals and heavy metals from your water. If this is not possible, be sure that you invest in a high-end countertop filter that will remove chemicals, fluoride, and heavy metals from your water. One of the best water filter systems available is a Berkey. They have lots of options available, depending on your specific needs.

Because only about 10 percent of community water supplies in the U.S. have ever been tested for PFASs, it is important to take precautions against unnecessary exposure. Do your best to reduce water pollution by being very careful about what you dispose of. Get involved locally to help keep your water supply as clean as possible. Every effort counts!

Read the full and latest report from the EWG here and sign their petition to stop the spread of PFAS and protect America’s drinking water!