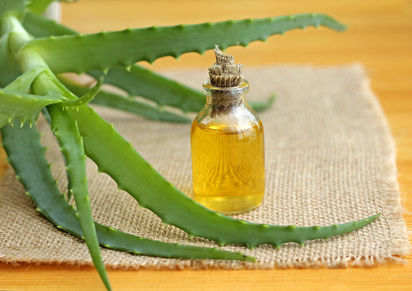 Cleopatra and Nefertiti, two Egyptian Queens incorporated Aloe vera into their beauty regime to keep their skin soft and supple.

Pedanius Dioscorides (circa 40-90 AD) was a Greek physician, botanist and pharmacologist who extolled the medicinal virtues of aloe in a 5-volume encyclopedia about herbal medicine and other substances.

Gaius Plinius Secundus (AD 23-79), known as Pliny the Elder, was a Roman author, naturalist and philosopher who mentioned the therapeutic value of Aloe vera in “Natural History.”

In fact, in early Egypt the plant was elevated to god-like status and drawings confirm its significance in this culture and time. Alexander the Great and Christopher Columbus both used Aloe to treat soldier’s wounds and Native Americans held the plant in high esteem calling it the “burn plant” and the “mystery plant.”

Aloe’s use in traditional medicine includes treatment for colic, skin conditions, worm infestations, infections and constipation. Today, aloe is one of the few herbal medicines that is used widely in Western civilization in the pharmaceutical, cosmetic and food industries. In fact, the manufacturing of aloe vera extracts is one of the largest botanical industries in the world.

Sometimes called a “wonder plant”, Aloe vera is a short-stemmed shrub that looks like a cactus but is actually a succulent and a member of the lily family that grows only in hot dry climates – its one natural enemy is frost. Of the over 300 different types of aloe vera there are only five that are useful to humankind.

Historically, aloe vera began to lose its medicinal potency once it was imported. Because the pulp of this plant worked best when it was fresh, importation diminished its effectiveness and in Europe and North America it was replaced with synthetic drugs.

In the 1950’s, processing techniques that used heat were unsuccessful because this damaged the delicate plant oils. However, in the 1970’s processing techniques advanced and were able to stabilize the gel inside the leaf using a cold pressing method. A method to separate the rind and aloin was also discovered. After these innovations, a new door opened for the commercial distribution of Aloe vera.

What is it about this spiky green gem that has allured cultures all over the globe from time immemorial? Perhaps you have heard that aloe vera is great for burns and everyone should keep a plant handy in their kitchen? While this may be true, it is just the tip of the iceberg when it comes to the truly amazing healing properties of this interesting succulent.

The leaf of the aloe vera plant is filled with a gel that contains over 75 nutrients, 20 different minerals including calcium, chromium, copper, iron, magnesium, manganese, potassium, phosphorus, sodium and zinc, 12 vitamins including A, B1, B2, B3, B5, B6, B12, C and E, 8 amino acids, and 200 active enzymes.

Here are just five reasons why you should love this amazing medicinal superfood:

Anecdotally, aloe vera is generally mentioned as being superior in its ability to help soothe burns or promote healing of cuts. A number of studies that have investigated these claims have found that aloe vera does, in fact, speed up wound recovery and also helps in the growth of new cells. Aloe vera also contains a powerful antibacterial component which helps to keep infection at bay.

A recent report in the Journal of Dermatologic Surgery and Oncology reports that using aloe vera as part of post surgical treatment reduces recovery time. Eighteen patients who underwent facial dermabrasion surgery for acne were treated on one side of their face with standard surgical gel and dressing and on the other with aloe vera gel and dressing. The side that received the aloe gel healed 72 hours sooner than the sid without; quite a testimony to the plant’s healing powers.

Keeping an aloe vera plant or some aloe vera gel on hand for wound treatment makes a great addition to your living first aid kit.

Because aloe vera is comprised of a number of amino acids, enzymes, mineral and vitamins it comes closer, in composition, than any other plant, to duplicating the substances in the biochemistry of the human body. Its potent healing and detoxifying powers help to break down impacted food residue and cleanse the bowel.

The British Journal of General Practice notes that aloe vera decreases irritation and promotes healing and repair of ulcers found in the intestines and stomach. In addition, aloe vera helps populate friendly gut bacteria in the intestines which are essential for healthy digestion and nutrient assimilation.

While these options may reduce the symptoms of the arthritis, they do not repair the damaged tissue. They also carry a host of negative side effects. Because aloe vera has been shown to be highly effective in the rejuvenation of cells, it has been shown to be an effective remedy for many who suffer from this painful condition. Aloe vera can be used topically or taken in capsule form depending on your particular needs.

Each year over 12 million people worldwide are diagnosed with cancer and almost 8 million die of cancer each year. A recent and strong movement in prevention and treatment of cancer has shown the importance of co-adjuvant therapies. One such partnership exists between honey and aloe vera.

In a study of tumor bearing rats, aloe vera was seen to reduce tumor mass while honey inhibited growth of the cancer cells. An Italian study published in 2009 found that aloe vera alongside chemotherapy was more effective than chemotherapy alone in treating lung, bowel and stomach cancer. Researchers noted that those patients who combined aloe vera with chemotherapy also had a higher quality of life and experienced fewer side effects from the chemotherapy.

Most people living in America suffer from a suppressed immune system. The western diet coupled with a highly stressful lifestyle make it hard for the immune system to keep up. Aloe vera offers much in the way of immune support.

The benefits of both internal as well as external application have been studied extensively. Internal consumption of quality aloe vera provides a flood of over 100 anti-viral, anti-fungal and bacterial nutrients that help protect you from colds, flu, infections and fungal problems.

The distribution of aloe vera is largely unregulated and because of this it is important to ensure you are getting the best quality possible. Some products are put through rigorous processing, damaging their effectiveness. Look for the International Aloe Science Council seal of approval such as in these products.

Note: As with any other herbal supplement, we encourage you to speak to a healthcare provider before using.