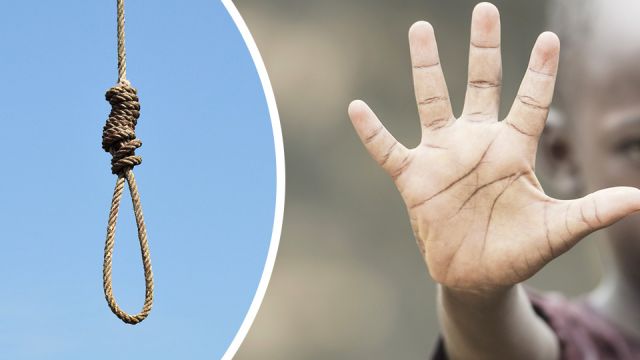 Imagine an 8-year-old boy gasping for breath. A group of teenagers has placed a noose around his neck and they taunt him because he is biracial. Then, they push him off a picnic bench.

Thankfully, the boy survives, but he suffers severe rope burns near his throat. It’s not the sort of thing that is supposed to happen in America anymore, let alone a small town in New England. However, the incident, which occurred on August 28 in Claremont, New Hampshire, is terrifyingly real. Here’s some what we know about this developing story.

In a Facebook post, she explained her rationale for sharing Quincy’s story and the gruesome photos of his wounds.

According to the boy’s grandmother, Lorrie Slattery, the episode occurred around 5 p.m. on August 28. Ms. Slattery did not witness the incident herself, but she has provided background information to the media.

As she explained, several teenage boys began by taunting her grandson in a nearby neighborhood yard because he is biracial. Later, they began to throw sticks and stones at him. Following that, one of the teens grabbed a nearby rope, which had been used to hang a swinging tire. Then, the group began playing a make-believe game where several of the boys put the noose around their necks.

It is not clear if Quincey voluntarily put the noose around his own neck, or if he was forced to. Whatever the case, one of the teenage boys ultimately came up behind Quincy (when he had the noose around his neck) and pushed him off the bench, which apparently left him dangling for several moments as he gasped for breath.

The alleged perpetrators immediately fled as Quincey swayed back and forth before he was able to finally remove the rope with his own hands. He suffered substantial cuts to his neck and was airlifted to Dartmouth-Hitchcock Medical Center, but later released.

The local authorities have come under intense scrutiny for their handling of the issue. All of the alleged perpetrators are juveniles, which means that their names cannot be released publically.

In a news interview, Claremont’s police chief, Mark T. Chase, insisted that the incident “remains under investigation,” but he expressed concern for the alleged perpetrators, too, when he said, “These people need to be protected. Mistakes they make as a young child should not have to follow them for the rest of their life.” His remarks have drawn outrage on social media as the following comments show:

NOT a normal “child’s mistake”. Learned and intentionally acted on No way to learn this horror apart from learning the Immoral history of it

What happened to 8-year-old Quincy is every parent’s nightmare. Thankfully, the young boy survived and hopefully his story will encourage people all across the country to take a stand against racism, bullying and senseless violence.

Of course, the incident is a reminder to every parent that we live in uncertain times. Here are some steps adults can take to help ensure that their children remain as safe as possible from bullying (racist or otherwise):