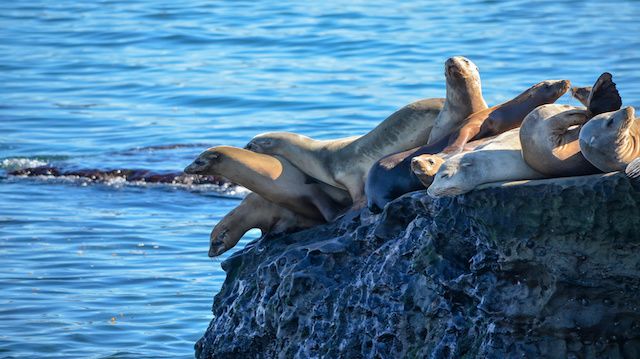 Climate change is making it harder for some animal species to survive. This year, record numbers of starving sea lions were sighted on the West Coast of the United States.

In previous years, it appeared that only fish and small aquatic creatures were affected by environmental damage, warming water temperatures, and pollution. However, this year, researchers have discovered that the dwindling numbers of fish in the oceans and rivers is starting to affect water-based mammals like sea lions.

Not only is food becoming scarce, but scientists have found that some sea lions have lost their ability to forage for food and find their way home due to increasing environmental dangers.

Scientists have attributed this strange occurrence to the over-abundance of toxic algal blooms found in warm ocean water. Researchers from the University of California, Santa Cruz found that the algal blooms are not only causing problems for the fish, but also the larger sea creatures.

The algae produces domoic acid, which is a neurotoxin. This toxin can cause seizures, memory problems and death in birds, sea lions, whales and other marine animals.

In December 2015, researchers from the University of California published their findings in the journal Science.

The study suggested that when ocean water warms due to droughts, climate change, and other environmental factors, the algae is able to produce more blooms and increase the toxic content of domoic acid. The researchers said in a statement:

“The animals exposed to domoic acid in either short durations, like during a single algal bloom event, or over a long period, from multiple events, showed massive disruptions in both short-term and long-term memory functions.”

In short, the sea lions are basically forgetting how to survive and take care of themselves.

The Marine Mammal Center in Sausalito, California, has spent the last three years researching whether sea lions and other sea creatures can recover from domoic acid poisoning. The researchers gave the sea lions tests to see how their response changed over time. In one test, sea lions were fed one bucket of food alongside three decoy buckets. It took the healthy sea lions just three days to realize which bucket always held the food. It took the poisoned sea lions almost a week to discover the same fact.

“We’d put the food out there, and the healthy sea lions are nailing it. But five, six, seven days in, and the sea lions exposed to the poison aren’t getting it,” the researchers said.

The researchers issued brain scans for the sick sea lions to pinpoint the cause of the brain damage. They found that poisoned sea lions have lesions on their hippocampus, which is the main part of the brain used for memory processing. Without a fully functional hippocampus, sea lions are unable to care for their young, remember where their home colony is located or find food. 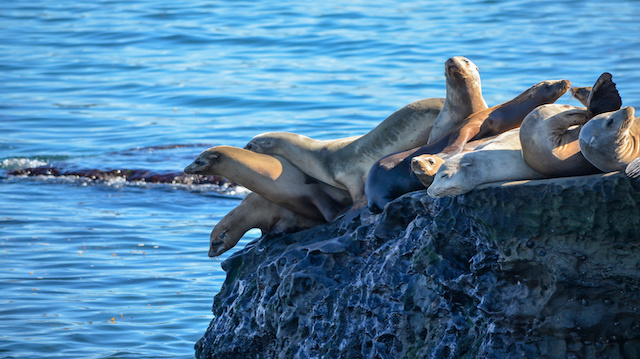 As clouds of the toxic algae increase as temperatures in West Coast oceans continue to rise, the risk to sea lions and other sea mammals cannot be ignored. “The algal blooms aren’t going away — they’re increasing in frequency — and sea lions are really our best window into seeing how the rest of the marine world could be impacted by this phenomenon,” the researchers said in a statement.

This year’s algal bloom was the largest, longest-lasting and most toxic ever recorded. The algae spread from Alaska to California, the National Oceanic and Atmospheric Administration reported. This year, over 3,000 sea lion pups were killed by toxic algae, a number that is 15 times higher than the normal average. Research has shown that the brain damage from toxic algae plays a significant role in the diminishing population of sea lions.

“If sea lions aren’t able to find food or are not feeding as often, that’s going to quickly throw the species out of balance with a rapidly changing environment,” the researchers noted.