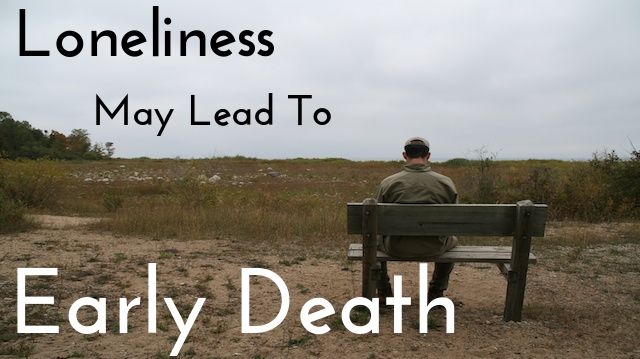 As it turns out, being alone is very bad for us. In fact, research shows that social isolation and loneliness are just as hazardous to our lives as obesity.

You Can Die from Loneliness
Brigham Young University (BYU) conducted research analyzing data from other various health studies on social isolation, living alone, and loneliness. The data they collected included facts on more than 3 million participants. The findings were very clear; premature death can be caused by loneliness and social isolation, even if someone claims to like being alone.

While isolation is easy to recognize, loneliness is not. You can be in a crowded stadium full of people, but if you were suffering from loneliness no one would probably know. Both scenarios present exactly the same risk to your longevity.

One of the most unexpected findings was that the risk of premature death from loneliness is higher among young people under the age of 65, compared to older adults who are more likely to be alone.

Loneliness Is as Deadly as Obesity
According to lead study author Julianne Holt-Lunstad, Ph.D., Associate Professor of Psychology at Brigham Young University, “The effect of this is comparable to obesity, something that public health takes very seriously. We need to start taking our social relationships more seriously.” 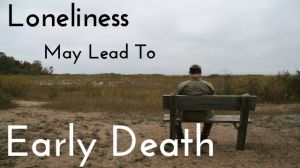 Taking into account multiple variables like age, socioeconomic status, preexisting health issues, and gender showed that the effect could be increased or decreased based on relationships. For people who lacked social connections with others, the risk was increased more. For people with existing relationships, a positive health effect was seen, which lowered their risk.

Combined research shows that the increased risk of premature death from loneliness is the same as it is for alcoholics and those who smoke at least 15 cigarettes a day. Looking at the latest study findings not only makes loneliness equal in danger to those risky lifestyles, but it also makes it a higher risk of early mortality than obesity.

Everyone Needs Social Support
According to a 1992 study by Duke University, research findings showed that having a confidant in your life (married or not) was more important than just social acquaintances. The findings revealed that mortality rates almost tripled for individuals who had no confidant or partner, compared to those who did.

“There is something about not having social support—that is not acting through loneliness, nor through other health problems—that is contributing to mortality,” said study author Redford Williams, director of the Behavioral Medical Research Center at Duke University.