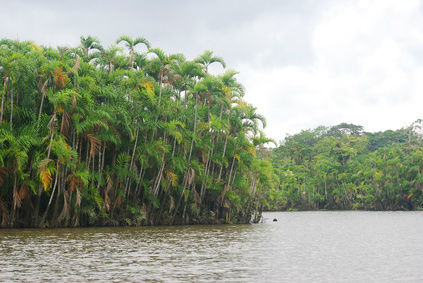 Another reason why our planet’s rainforests are so crucially important to preserve: there are fungal species that dwell in them that can greatly help us with the safe disposal of plastics.

One of these species is Pestalotiopsis microspora, a fungus found growing on certain trees in rainforests around the world that has been found to decompose polyurethane (PET) plastic.

Polyurethane is a type of plastic widely used in our modern world. It is found in the upholstery of furniture and automobiles, thermal insulation, certain types of footwear, carpet underlay, plastic parts on electronics, and various straps, gaskets and foam seals in a multitude of manufacturing processes – to name only a few. Our landfills are brimming with these plastic items.

Disposal of these plastics often involves burning, which releases carbon dioxide, carbon monoxide and other greenhouse gases into the atmosphere, adding to our growing problem of global warming.

Students at Yale University published a study describing an experiment with some revolutionary results. They found that while some other types of fungus were able to partially decompose PET, the Pestalotiopsis microspora fungus had a significant effect of disposing of it. The students found that the ten-day-old fungus, in a petri dish setting, disposed of approximately a quart’s worth of the plastic (1 liter in the study).

The remarkable thing about the fungus was that it was able to ‘eat’ the plastic in both aerobic and anaerobic conditions – meaning that it could work its magic with or without the presence of oxygen. This discovery opens the door to many exciting possibilities in dealing with our planet’s plastic waste problem.

Jonathan Russell, one of the Yale students who performed the experiment, said, “I don’t want it to be broadcast as the cure-all to pollution, but it’s a modest step towards a very important goal.” He added, “growing up in a world where pollution is going to be a big issue in the future, coming up with creative ways to tackle it, gets me excited. I only hope that more people will take this on and get interested in it in the future.”