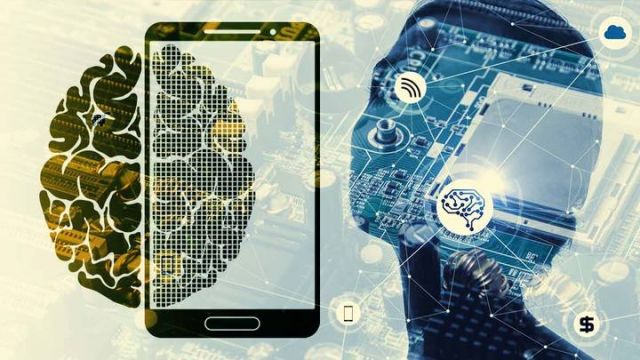 Smartphones put the world at your fingertips, but could this phenomenally popular technology be undermining your mental health? People often talk loosely about how addictive their iPhones are, but now there is new evidence that the excessive use of smartphones may adversely impact your neurochemistry.

Are you a smartphone junkie?

In a moment, I’ll share a quiz that can help determine if you suffer from “nomophobia,” a term that refers to the fear and anxiety people experience if they are separated from their mobile device. But first, here’s a brief look at some findings you should know about:

Does smartphone use change the brain?

Most of the studies highlighting the potential hazards of smartphones have been small and scientists caution that much more research is needed to substantiate the claims. Nevertheless, the preliminary findings do show reasons for concern.

For example, a study presented at the Radiological Society of North America in Chicago found that teens who were diagnosed as being addicted their cell phones had heightened levels of the neurotransmitter GABA. These chemical messengers inhibit nerve signals.

In fact, too much GABA (particularly in relation to other neurotransmitters) dampens the brain’s ability to focus and concentrate. As the cognitive scientist, Dr. Caglar Yildirim explains, “GABA slows down the neurons. That results in poorer attention and control, which you don’t want to have because you want to stay focused. So that means you are more vulnerable to distractions.”

Dr. Yildirim, an assistant professor at the State University of New York in Oswego, studies how mobile technology interacts with neural processes. He notes that prior brain imaging research suggests that people who engage in heavy media multitasking tend to have smaller areas of a region in the cortex known as the anterior cingulate cortex, which is responsible for attention and control. Dr. Yildirim concludes that “Altogether, this means that if you are too dependent on your smartphone, you are basically damaging your ability to be attentive.”

It is important that most of these studies are small correlation studies. Therefore, they do not prove that cell phone use caused these problems (only that there is an association). Perhaps, people with addictive-type personalities are apter to use their devices compulsively.

Take this quiz to see if you are addicted

Nevertheless, the fact that rates of anxiety, depression and insomnia are strongly linked to compulsive smartphone use have a lot of people concerned.

Do you think you are addicted to your smartphone? Take this simple self-inventory, which can help tell you if you have a healthy relationship with your device.

By the way, if you do score high for nomophobia, then experts suggest a few tips for breaking your smartphone fix.