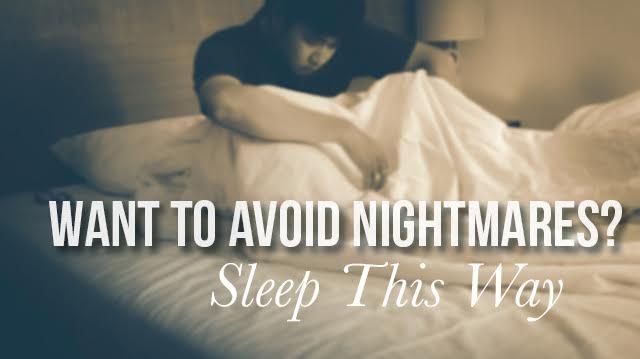 We’ve all experienced the sinking, heart-pounding terror that wakes us from a deep sleep. After a busy day, your bed should be a place of tranquility and peace. Yet for some who regularly suffer nightmares, bedtime becomes “dread” time. Sporadic nightmares are normal, usually brought on by an occasional bout of stress or a late-night snack. When nightmares continue, night after night, they can turn into a debilitating sleep disorder, leaving you anxious and exhausted. But fear not, there are some measures you can take to help ward off those dreaded nightmares.

Nightmares are vivid and terrifying dreams. They’ll shake you to the core and wake you in the middle of the night. Most nightmares are simply a reaction to stress. Some therapists even believe they help people work through traumatic events. However, when nightmares become frequent, affecting your relationships, work, and other important aspects of your life, then they turn into a disorder, referred to as nightmare disorder.

Nightmares happen during rapid eye movement (REM) sleep, when your eyes move back and forth under your lids. Since REM sleep gets longer as the night progresses, you might find you experience nightmares most often in the early morning hours. So what can you do to prevent those recurring teeth-falling-out, being-chased-by-a-murderer kind of dreams?

Be comfortable; don’t create stress for yourself by straining body parts into uncomfortable sleeping positions. Research has found that people who sleep in uncomfortable positions are more likely to experience nightmares. If you experience nightmares often, change your sleeping position. For instance, if you normally sleep on your side, try sleeping on your back or stomach. And it goes without saying, if your mattress and pillow are saggy, old and uncomfortable, then you will most likely be stressed during sleep.

Sleep on your stomach

Over 600 university students, two-thirds of whom were female, were asked to complete surveys about their dreams. Subjects were asked to note how often they slept on their side, facedown or faceup. Interestingly, the most frequent theme experienced when people slept on their stomach was a secret admirer who was a famous person.

Most people agree that eating certain spicy foods before bed can induce nightmares, but is that actually true? Research, which included 396 first-year university students aimed to find out what types of foods actually cause nightmares. Through a series of questions, researchers assessed food-dependent dreaming along with general sleeping, eating, and dreaming experience. Here’s what they found…

The most frequent foods cited by participants as causing disturbing and bizarre dreams were dairy foods, including cheese, milk and ice cream. Participants also said spicy foods caused strange dreams. Eating sweets before bed was another culprit. And unsurprisingly, eating late was most commonly associated with disturbing or nightmarish dreams. So, it seems that eating a spicy cheese dish before bedtime could be the perfect recipe for a nightmare.

Some research suggests that eating before bed triggers a metabolic response within the brain. The metabolic response changes brain activity, resulting in nightmares. Therefore, if you can, avoid eating at least one hour prior to falling asleep.

Do sweet smells lead to sweet dreams? It seems so, according to research. What you smell while you sleep can influence your emotions in your dreams, suggests a study conducted by Boris Stuck of the University Hospital Mannheim in Germany. Researchers gave dreaming participants a sniff of rose scent. Participants reported rosier dreams. In contrast, the scent of rotten eggs provoked unpleasant dreams.

Highly stressed people tend to suffer more frequent nightmares than people who are relaxed. Learn techniques to help reduce muscle tension, which will also help lessen anxiety. Wind down after a long day with relaxation exercises that include self-hypnosis, meditation, deep breathing or biofeedback, a technique that trains people to improve their health by controlling certain bodily processes that normally happen involuntarily, such as heart rate, blood pressure and muscle tension.

Making a conscious effort to relax prior to bed could ease stress on the brain and significantly reduce nightmares. In addition, avoid long-term use of tranquilizers, and avoid caffeine and other stimulants before bedtime.

Unfortunately, there’s no specific medical protocol for stopping nightmares. However, by incorporating some healthy lifestyle changes to your sleeping habits prior, and even while you sleep, you may be better equipped to deal with nightmares and end those restless nights.

How To Stop Nightmares & Bad Dreams