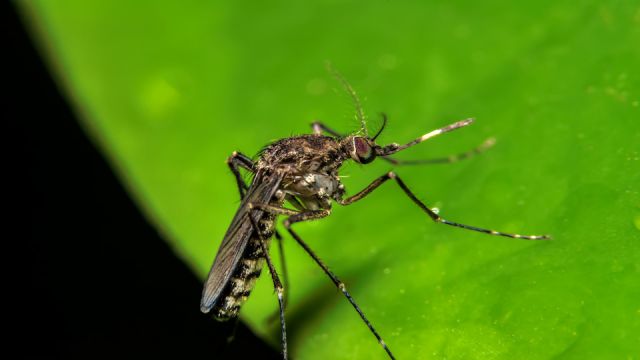 If you’ve been following the news at all, it seems like Florida is a pretty dangerous place right now. Numerous people have contracted the flesh-eating bacteria known as necrotizing fascitis in the warm waters of the sunshine state. However, while that disease can be avoided by taking proper precautions and remaining extremely vigilant, something else is lurking in the swamps of Florida that could be even more deadly…and harder to avoid. Read on to find out why you might want to take extra care during your summer trip to America’s tropical paradise.

Mosquitoes aren’t just a mere nuisance. Yes, they cause your skin to itch and swell and turn an evening outside into at bloodbath. However, this isn’t the worst they can do. Mosquitoes are vectors for several serious diseases that can lead to illness and even death. The most recent mosquito-related concern comes (unsurprisingly) out of one of the most mosquito-populated states in the US.

On July 25, the Florida Department of Health in Orange County sent out a public advisory, warning its citizens about a rare mosquito-borne illness. This virus, known as the Eastern Equine Encephalitis (EEE) virus, was detected in sentinel chickens. Sentenial chickens are tracked and monitored by the local Florida government to keep an eye on infections in the area and are regularly tested for the West Nile Virus and other mosquito-transmitted diseases.

Though only about seven cases of EEE are reported in the United States each year, on average, the risk of transmission has increased due to the presence of this disease in the Florida chickens.

According to the CDC, EEE is fatal in about 30% of diagnosed cases, and even those that survive are often left with irreparable neurological damage. The CDC reported, “Of those who recover, many are left with disabling and progressive mental and physical sequelae, which can range from minimal brain dysfunction to severe intellectual impairment, personality disorders, seizures, paralysis, and cranial nerve dysfunction.”

This disease attacks the brain and causes swelling and infection with symptoms usually seen between 4-10 days after infection. Many people experience sudden onset of a headache, high fever, chills, and vomiting along with disorientation, seizures, and even coma. However, there is still a large number of people who contract the disease and don’t experience any symptoms at all, or simply have mild flu-like symptoms such as nausea or fever.

Currently, there is no vaccination or treatment for EEE, so prevention is imperative.

Ways to protect yourself

The Department of Health in Orange County recommends a few steps to keep you and your family safe from mosquitoes and avoid their potentially-deadly bite.

Drain any standing water around your home such as kiddie pools, birdbaths, pet water dishes, or gutters. They also advise using insect repellant and wearing long, light-colored clothing when going into mosquito-infested areas. Repair any damaged screens or doors where mosquitoes might be able to find their way into your home and keep an eye out for any unusual symptoms following a mosquito bite.

Other ways to prevent mosquito bites:

Avoid going outdoors at dusk and dawn: The early morning and the early evening belong to the mosquitoes. If possible, limit your outdoor exposure during these times to reduce your contact.

Don’t drink beer before going out: Mosquitoes are attracted to alcohol in the blood, particularly beer. Avoid drinking any alcholic beverages if you plan to spend time outdoors.

Avoid fragrant perfume: While you may smell great to the humans around you, mosquitoes think so too. Ditch the fragrant, floral perfume, shampoo, and body wash in favor of an unscented variety or scents that may deter mosquitoes such as citronella, lemongrass, lavender, peppermint, or clove.

Stay away: The middle of summer when mosquitoes are at their hungriest may not be the best time to camp out in the wilderness. Avoid coming into contact with these blood-thirsty insects and save your outdoor activities for when the weather is a little cooler and mosquitoes aren’t quite so prevalent.

If you live in Flordia, plan to visit, or live in any other warm climate with a vibrant mosquito population, be proactive about prevention. EEE isn’t the only danger of mosquitoes…vigilance is imperative.