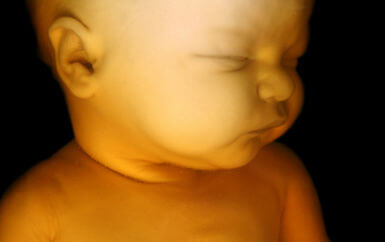 The average middle-aged American may have between 30,000 to 50,000 different chemicals in their body that their grandparents did not have. No matter how careful you are about living a clean life, some exposure is unavoidable.

Just where do all those chemicals come from? Rocket fuel in our drinking water, BPA in cans and food, fire retardants in furniture and clothing, mercury in fish and household products, lead in food and water, non-stick chemicals in wrappers, kitchenware and textiles, triclosan in hand and dish soap, chemicals in personal care products and pesticides designed to kill pests, not people, make our modern world a literal toxic soup.

As the rate of pollutants rises so too does the incidence of asthma, allergies, developmental disabilities, thyroid, kidney and liver cancers and birth defects. But wait…. it gets worse.

Pollutants from burning gasoline and garbage. Linked to cancer. Accumulates in food chain.

Pollutants, by-products of PVC production, industrial bleaching, and incineration. Cause cancer in humans. Persist for decades in the environment. Very toxic to developing endocrine (hormone) system.

DDT, chlordane and other pesticides. Largely banned in the U.S. Persist for decades in the environment. Accumulate up the food chain, to man. Cause cancer and numerous reproductive effects.

Flame retardant in furniture foam, computers, and televisions. Accumulates in the food chain and human tissues. Adversely affects brain development and the thyroid.

Industrial insulators and lubricants. Banned in the U.S. in 1976. Persist for decades in the environment. Accumulate up the food chain, to man. Cause cancer and nervous system problems.

A 2009 follow-up study by the Environmental Working Group found BPA in umbilical cord blood of babies born in the United States. The tests were performed on newborns from African American, Asian and Hispanic descent.

Communities in America where racial and ethnic minority populations live are often hit hard with environmental pollutants. This may be due to poverty or historical patterns of discrimination. Such things as older housing and living close to busy roads or industrial sites might be contributing factors.

This was the first hard evidence of the fact that infants born in America are contaminated with BPA in the womb. Here is what study leader Anila Jacob, M.D. had to say:

“This study proves newborns are exposed to BPA in the womb. After they are born, they’ll encounter more BPA by drinking from a bottle, drinking canned infant formula and, eventually, eating canned food like ravioli and chicken noodle soup.”

A panel of cancer experts originally appointed by President Bush reported in 2010, “the American people–even before they are born–are bombarded continually with myriad combinations of these dangerous exposures.” Blaming the situation on weak laws, lax enforcement and fragmented authority, as well as the existing regulatory presumption that chemicals are safe unless strong evidence emerges to the contrary, the panelists advised President Obama, to whom they report, “to use the power of your office to remove the carcinogens and other toxins from our food, water and air that needlessly increase healthcare costs, cripple our nation’s productivity and devastate American lives.”

In a report published this summer by the Environmental Defense, 137 chemicals were found in babies born in the Toronto, Hamilton region of Ontario, Canada. These chemicals included flame retardants, lead, PCB’s, organochlorine pesticides and chemicals from non-stick coatings. Researchers note that many of the chemicals found have been banned for years but indication of them in the umbilical cord is testimony to just how long these chemicals persist in both our environment and our bodies.

The Cost of Toxic Burden

The dangers of chemical exposure in the womb or during infancy are much higher than exposure later in life. There is plenty of evidence that children are highly vulnerable and are not equipped physiologically to deal with the assault. According to the Environmental Working Group:

Sandy Buchanan, Executive Director, Ohio Citizen Action
“We are all exposed to chemicals in the food we eat, the air we breathe and the water we drink, but a baby in the womb should be allowed to develop free from an onslaught of industrial pollutants. This study is yet another wake-up call that the federal Toxic Substances Control Act has failed to block toxic chemicals from entering our environment and ultimately us.”

Anne Rolfes, Founding Director, The Louisiana Bucket Brigade
“This study has found jet fuel in babies’ cord blood; it is obvious that swift legislative action is urgent. This can’t be just another problem for minority communities, another problem that gets pushed aside for another day. We have to do something about it, and we have to do it now.”

David Baker, Founder and Director, Community Against Pollution
“Today, industrial pollution in humans begins in the womb, and this new report underscores that regardless of a person’s race or ethnicity, everyone is affected. The chemical industry had the floodgates opened over 30 years ago when a federal law went on the books that ultimately swamped the marketplace with more than 80,000 chemicals; many of them are now in people and linked to a number of serious health risks that have spiked among children.”

Dr. Woodson Merrell, Chairman, Department of Integrative Medicine, Beth Israel Medical Center, N.Y.
“This EWG research initiative crucially augments similar studies from the Centers for Disease Control and helps further establish links between pollution and many chronic and fatal diseases reaching near-epidemic proportions in the U.S., including asthma, breast and prostate cancer, diabetes, obesity and ADHD. It’s critical that we begin to understand the health impacts of exposure to pollutants, especially for women of childbearing age as regards to the chemicals highlighted in this report, which have hormone disrupting and carcinogenic properties. I urge journalists, scientists, physicians and members of industry to take a close look at this latest groundbreaking research.”

Not a Mother’s Fault

Pregnant women who eat a healthy, balanced diet and live a clean lifestyle have no control over many of the chemicals that she and her baby are exposed to. Faulty labeling, poor legislation and regulation, along with weak safety measures make all of us vulnerable, no matter what we do. Researchers encourage consumers to not buy and use products that contain what they call “chemicals of convenience,” including fabrics with stain repellents or non-stick cookware. In addition, use only organic personal care products and eat organic foods as much as possible.

The less chemically-laden products we buy, the less demand there will be for them. We can and need to make a very powerful statement with our dollar to protect ourselves and future generations.