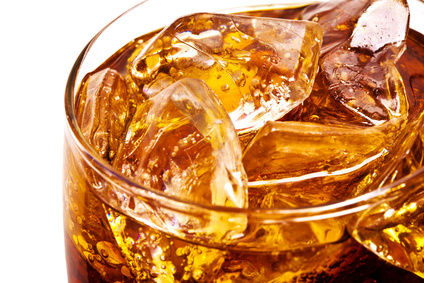 Over 50 percent of all Americans drink an average of 2.5 glasses of soda each day. Although you may already know this fact, we want to remind you that a single can of soda contains the equivalent of 10 teaspoons of sugar – most likely in the form of high fructose corn syrup.

Beverages (and foods) with added sugars are certainly to be avoided in the interest of health. The more sugar you consume, the higher your risk of debilitating conditions such as obesity, type 2 diabetes and cardiovascular issues.

High fructose corn syrup, added to many processed foods and beverages, carries just as much if not more risk, as it has a higher fructose ratio, and by its chemical composition travels straight to your liver.

Diet sodas are not better, and usually contain aspartame, which has been linked to over 100 health conditions. In addition, both regular and diet sodas contain phosphoric acid, which interferes with digestion and nutrient absorption, and high amounts of caffeine and sodium.

Soda has absolutely no nutritional value at all, and regular consumption may lead to obesity and a host of conditions associated with metabolic syndrome.

As if that were not enough, some colas contain one seemingly innocent ingredient that is not so innocent after all. Check the label of your soft drink (if you still drink soft drinks). Does it contain caramel coloring? If so, there is a 50 percent chance that it also contains a dangerous known carcinogen called 4-MeI.

Caramel coloring is an agent that is created not from natural caramel, but from a process that involves ammonia. It is formed when sugars are heated with ammonia and sulfites at high temperatures. The result is a compound that government studies have found causes liver, lung and thyroid cancers in laboratory mice. The International Agency for Research on Cancer has classified 4-MeI as a possible human carcinogen.

The Center for Science in the Public Interest recommended that the Food and Drug Administration (FDA) eliminate this dangerous compound from our food supply, or force all food manufacturers using it to put a warning label on their products.

Of course, those that make the soda are telling consumers that the flavoring poses no risk. Despite the results of numerous studies, the FDA supports the soda producers’ view that a consumer would have to drink more than 1,000 cans of soda each day to reach the cancer levels found in animal studies. The European Food Safety Authority and Health Canada both consider caramel coloring safe and use it in food and beverages.

However, Pepsi told consumers last year that they would modify their manufacturing process after the California state legislature voted to name caramel coloring agent a carcinogen. According to the Center for Environmental Health, high levels of the caramel coloring agent known as 4-methylimidazole (4-MEI), were found in Pepsi products located in ten states.

Both Pepsi and Coke products in California and nationwide were tested by a commercial bio-analytical testing lab in June of 2013. Testers found that the Pepsi formula had been modified for California soda only. Coke complied, and their products were not found to contain the chemical compound.

Consumer Reports reveals high levels of 4-MeI in Pepsi One

In a new analysis published last Thursday by Consumer Reports, it was found that Pepsi One and Malta Goya both contained alarmingly high levels of 4-MeI. The magazine put 12 brands of soda, from five different manufacturers, to the test.

Both Pepsi One and Malta Goya purchased in areas across California contained 29 micrograms per bottle of the substance. The state law requires that manufacturers place a warning label on soda products that would expose consumers to more than 29 micrograms in one day. With the average soda consumption coming in slightly higher than one can per day, there is reason to be concerned.

In light of these findings, Consumer Reports has asked that the California Attorney General conduct an investigation.

In response to the report, a spokesperson for PepsiCo stated that the conclusion found is not factual and that all Pepsi sodas are in compliance with the law – even those products found outside the state of California.

Pepsi’s spokesperson noted that the average amount of soda consumed by people is just 100 milliliters, so it is not enough to warrant a warning label. However, this amount is less than a third of a can of soda, and many Americans drink significantly more. No comment was received from Goya.

The toxicologist and executive director of the Consumer Reports Food Safety and Sustainability Center said that there is no reason why consumers should be exposed to the caramel coloring used to turn the soda brown.

The Center would like to see federal laws prohibiting the use of the word “natural” on products that contain the coloring. Whole Foods has a soda called Dr. Snap that has a natural label on it despite the fact that it contains 4-MeI.

Caramel coloring aside, sodas are just plain no good for anyone, and offer zero nutritional value to a body that requires energy from whole food to thrive. Instead of wasting your money on a drink that could potentially destroy your health, try the following non-toxic alternatives:

While there appears to be some healthy debate over the actual health risks of caramel coloring, it is important to realize that compounds such as the one in question have been found to linger in the body, thus producing a cumulative effect. An especially pertinent point for regular soda drinkers to ponder.