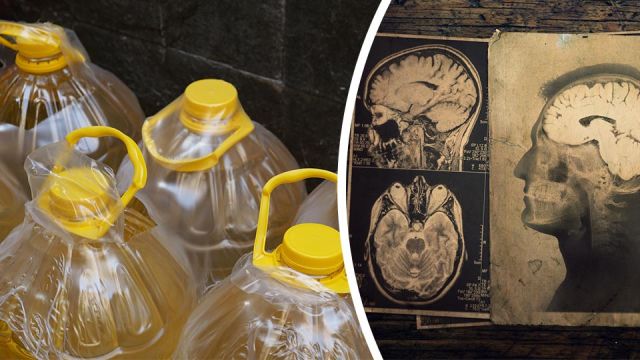 While canola oil has long been hailed by industry advocates as relatively healthy for your body, new research suggests it might not be so great for your brain. In a recent study, researchers from Temple University, Philadelphia looked at the impact of canola on memory, psychopathology and synapse. The results didn’t bode well for the widely-consumed cooking oil, with researchers finding signs it can harm your working memory.

“Our investigation demonstrates for the first time to the best of our knowledge a negative effect of the chronic consumption of canola oil on memory… in a mouse model,” researchers concluded.

The study itself involved feeding a group of lab mice a canola-rich diet and comparing them to a control group. The first group of mice were fed the human equivalent of two teaspoons of canola oil each day for six months. The second group of mice were simply fed an ordinary diet.

By the end of the six-month experiment, researchers had found clear differences between the control group and the mice fed canola. “At this time point we found that chronic exposure to the canola-rich diet resulted in a significant increase in body weight and impairments in their working memory,” researchers found.

They also found the brains of mice fed on the canola diet were lacking amyloid-beta 1-40. Previous research has found a reduction in amyloid-beta 1-40 can lead to the build-up of toxic amyloid proteins linked with Alzheimer’s disease. “In our model, this change in ratio resulted in considerable neuronal damage, decreased neural contacts and memory impairment,” senior study investigator Dr. Domenico Pratico said.

In other words, the study found mice on Canola gained weight, became more forgetful and were at a higher risk of developing Alzheimer’s. While researchers noted more investigation into the health impacts of canola are needed, they argued their results “do not justify the current trend aimed at replacing olive oil with canola oil.”

“Even though canola oil is a vegetable oil, we need to be careful before we say that it is healthy,” Pratico said. “Based on the evidence from this study, canola oil should not be thought of as being equivalent to oils with proven health benefits,” he said.

Once seen as little more than a cheap alternative to olive oil, in recent years canola has garnered a reputation as a healthy cooking alternative in its own right. The Canola Council of Canada argues the oil is high in “good fats” and low in “bad fats.”

“Compared to all other vegetable oils the market, canola oil has the lowest levels of the fats that are ‘bad’ for human health,” the industry group has stated.

It’s also free from cholesterol, and a rich source of Vitamin E. The U.S. Food and Drug Administration has also recognized the health up-sides of canola, recommending the oil as a way to reduce heart disease.

However, critics of canola have expressed concern over the oil’s manufacturing process, which includes the controversial solvent hexane. “The rapeseeds used to make canola oil are processed with hexane (a harsh chemical solvent),” nutritionist Jenny Sansouci has argued. “The use of chemicals and the high heat process alters these unstable fats and turns them rancid,” she stated.

Along with concerns over whether canola can contain excessive levels of erucic acid, critics also point to the fact that most canola oil contains genetically modified produce. The GMO debate itself is laden with its own plethora of concerns, ranging from potential overuse of pesticides, environmental fears and legal issues surrounding patenting.

So what’s your take? Is canola a cheap yet healthy cooking option, or is it worth steering clear of? Tell us in the comments below.