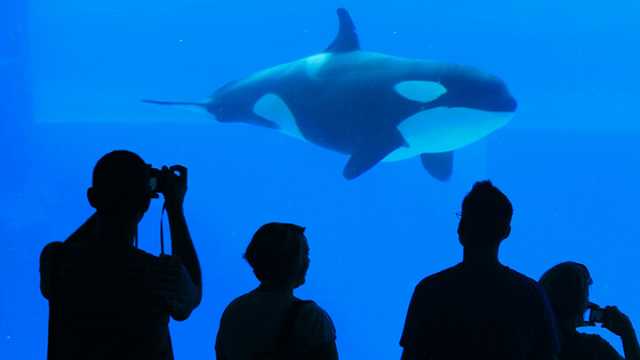 When it comes to animals in captivity, society is undergoing an ethical shift. Animals used for entertainment was previously accepted by the public for centuries dating back to ancient Roman times. Yet, in recent years, we’ve crossed something of a threshold. Public backlash has caused SeaWorld and the Ringling Bros. Circus to back away from centuries-old practices that were their main revenue-generators.

It is a welcome development for the many who empathize with animals. Although, it certainly would be nice if other forms of animal cruelty were to receive similar public backlash. Still, certain acts of cruelty towards animals are no longer accepted — and that’s something to feel good about.

It would be incorrect to assume this shift in public ethics has taken place worldwide, however.

While SeaWorld may be ending the orca shows, you can still find captive cetaceans at any of the 39 marine parks currently operating in China. Another 14 parks are currently under construction in the country. China is the fastest-growing market for captive dolphins, whales and other cetaceans.

Why isn’t China onboard with the ethical shift?

While many marine parks in the U.S. are closing down, or changing their business models, they are being built at a record pace in China. The ethical shift that led to the downfall of SeaWorld just hasn’t taken place there yet — or at the very least, it’s moving along slower.

One theory as to why this might be is that the backlash against SeaWorld was spurned on by the documentary “Blackfish,” which originally aired on CNN in the United States. The film was about as successful as any documentary can be in regards to furthering a cause. It’s success created such a large swell of public awareness regarding the suffering of captive animals that the public at-large rejected the practice. It is doubtful the makers of the film even dreamed a bigger accomplishment was possible.

Had a similar documentary been made regarding the Chimelong Ocean Kingdom (and the nine orcas captive there), perhaps marine parks would be closing down in China as well. Releasing such a film in China would also present a unique set of circumstances for the filmmakers. There are definitely those working on the cause in China. However, they appear to be having a harder time with it.

How much does it cost to open a marine park in China? 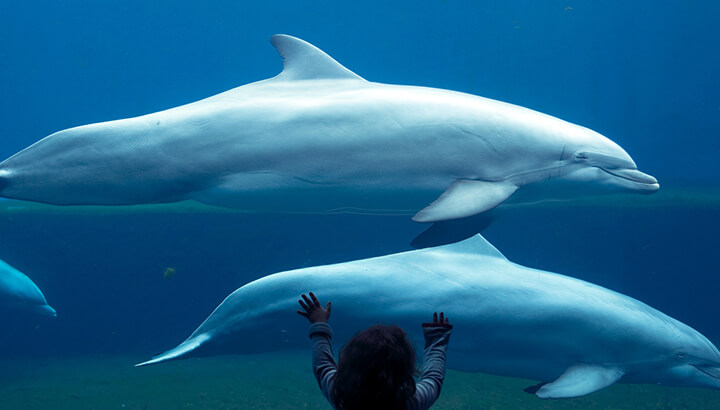 According to The Namibian, a local newspaper in the African country of Namibia, the initial investment to start a marine park isn’t as much as you’d think. Recently the Welwitschia Aquatic and Wildlife Scientific Research company put forth a proposal to the Namibian Fisheries Ministry. They want to sell marine wildlife to the company, which will eventually get sent to China. While the company is registered in Namibia, it is owned and operated by Chinese business proprietors.

The proposal the company sent to the Namibian Fisheries Ministry contained the following:

That sounds like quite the well-stocked marine park! The Chinese-owned company is proposing a total of 300 million Nigerian dollars for the “order.” That translates to approximately $95,000. Not that there is any price that should be placed on suffering, but you’d hope it would at least be higher than that!

Response from the Namibian scientific community

Chairperson of the Namibia Environment and Wildlife Society, Frauke Kreitz, had this to say regarding the proposal: “For ethical and conservation reasons, there has been a move away from acquiring wild-captured animals to obtaining captive-bred animals in zoos and aquaria.”

She then continued to echo much of what the rest of the world has been stating regarding these practices.“Capturing wild animals is highly stressful and is invariably accompanied by a high mortality rate during capture,” said Kreitz.

The proposal notes that the market for captive marine life in China is “enormous,” but does not mention putting the animals on display. Instead, they list “breeding purposes” and to “help Namibia improve its overview of the marine environment” as the main reasons for the project. The company also stated that removing the marine life would have a positive impact on the country’s declining fish stocks.

Namibia’s scientific community has rejected the idea that the project contains any scientific benefit whatsoever. “The removal of the proposed numbers of the listed species will not improve Namibia’s fish stocks. Instead, the already tenuous status of threatened and uncommon species is likely to deteriorate,” was the Namibian Environment and Wildlife Society’s response to the proposal. It doesn’t appear the company has convinced anyone their project is based on scientific intentions.

How you can help 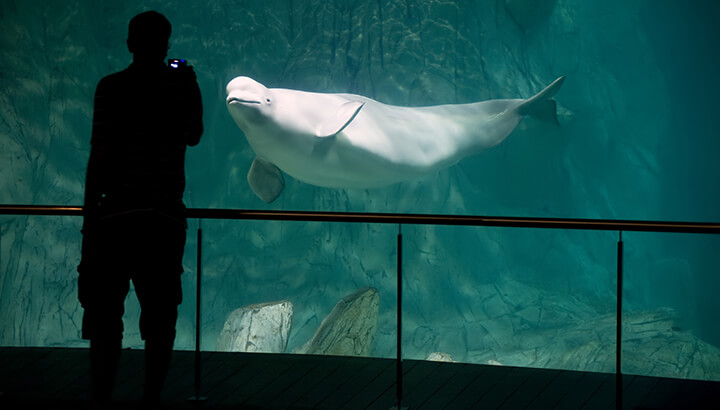 There are people both inside and outside China that are working to improve the situation, but they could use some help.

The China Cetacean Alliance is an alliance of international animal welfare organizations that are concerned about the growing rates of captive marine life in China. At the moment, their objective is to raise public awareness of the suffering caused by such projects. The hope is that Chinese customers will turn away from the marine parks, just as other customers turned away from SeaWorld. There are several ways humans can get involved, including:

You can also raise awareness by sharing or tweeting this article!