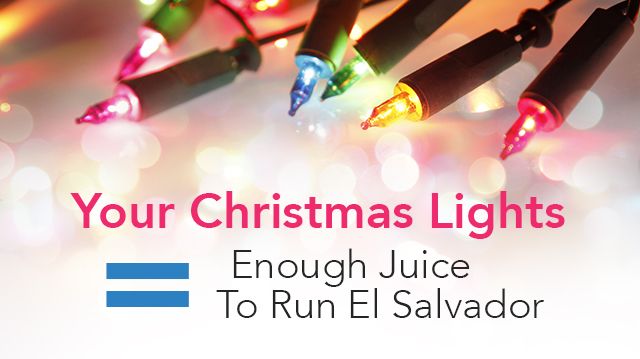 Rein it in, Clark Griswold! We Americans use more electricity lighting up our homes for Christmas than some small countries use in a year. That’s according to a recent report released by Phys.org.

To determine those numbers, Moss and Agyapong looked at the data collected by the US Department of Energy for 2008 and data from the World Bank to see just how the American Christmas extravaganza stacks up against the rest of the world’s yearly consumption of electricity. Turns out, we’re the big winner against several countries.

Although the statement sounds extreme, we only use more energy than small countries with minimal electrical grids. So, we’re not using more power than say, France or Germany, but we do use more than El Salvador, Ethiopia, Tanzania and others. Here’s the breakdown:

To put our Yuletide indulgence into perspective, Christmas decorations represent just 0.2 percent of our yearly energy consumption. And while this is a staggering statistic, it’s not so much the electricity use that’s the problem, but the way we produce said electricity, which is largely from burning dirty coal. 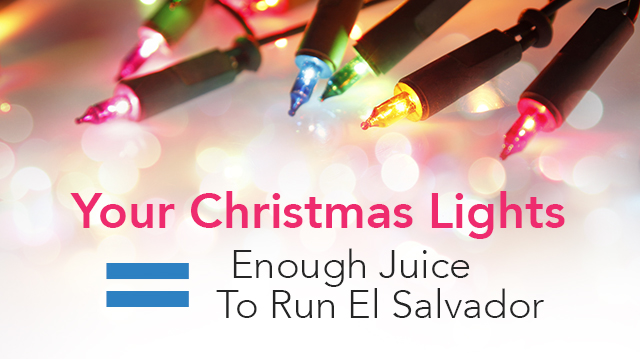 As we’ve reported before, a typical 500-megawatt coal plant burns an excess of 1.4 billion tons of coal each year. The smoke produced when burning coal is released into the air, and contains an enormous amount of carbon dioxide as well as mercury, nitrogen oxide and sulfur dioxide.

We’ve got more than 600 operating coal plants across the nation. That puts us right behind China — a place where entire cities disappear into banks of smog — in terms of coal-produced energy. Don’t get me started on the toxic waste that gets dumped into the environment. Thankfully, investors are putting billions of dollars into solar and wind energy.

That doesn’t mean that we can be lackadaisical about our energy usage, no matter what time of year it is. Even at Christmas time, we need to make sure to turn lights off at night after going to bed. If your house looks like something out of National Lampoon’s Christmas Vacation, maybe you should consider backing off a bit. Or maybe just wait to set the neighborhood ablaze with your twinkle lights for a few days right before the holiday.

Have you scaled back on your energy consumption around the holidays? We’d love to hear about how you did so.