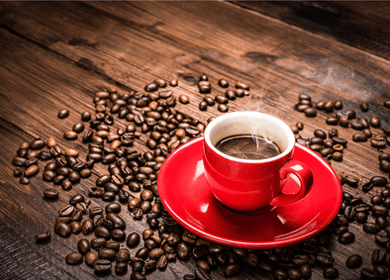 The beverage market is exploding with stimulating beverages, such as double espresso macchiato, smoothie with energy boost, or a 2-ounce energy shot. But at what point does a little boost become caffeine overload? 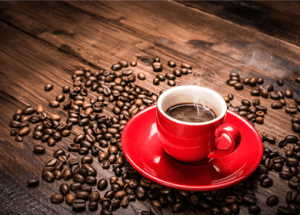 Most Americans–about 90 percent– are getting their caffeine fix every day. More than half, according to Johns Hopkins University, consume more than 300 milligrams each day, and an estimated 20 percent to 30 percent typically take in more than 600 mg, the equivalent of about six cups of coffee, 12 sodas, or four energy drinks.

Most experts agree that a moderate dose of caffeine–200 to 300 mg (two to four cups of brewed coffee) per day–for adults is fine, and even beneficial in light of new research linking health benefits to coffee and tea. Research has shown that the intake of caffeine found in products like coffee, tea, and chocolate may boost alertness and memory, ward off Alzheimer’s and Parkinson’s diseases, protect against heart disease and diabetes, and even jumpstart speed and endurance during exercise.

TOO MUCH OF A GOOD THING

However, heavy use–more than 500 to 600 mg per day–can cause negative effects in some people who are more susceptible to caffeine than others due to individual variables, such as body mass, gender, age, health conditions like anxiety disorders, and use of certain medicines.

Caffeine is a central nervous system stimulant; its biggest effect is making the body more alert, but it may also cause restlessness, sleep disturbance, nervousness, irritability, uneven or quickened heart rhythm, headache and stomach upset in some individuals. Consumed to excess, it can lead to dependence and intoxication, which may amplify the above symptoms and include fever, tremors, and sensory disturbances.

When the caffeine buzz becomes more of a zap, it’s likely time to cut back. Caffeine lurks in our favorite brews, so check labels to monitor beverage content. It’s important to note that energy drinks are regulated as a dietary supplement in the U.S., so content labeling may not be available on all products.

CAFFEINE COUNT IN SOME POPULAR DRINKS

Most of these energy drinks are loaded with sugar and high fructose corn syrup. If you need that pick me up, start with a glass of water then grab your java or herbal tea. Skip the energy drinks.