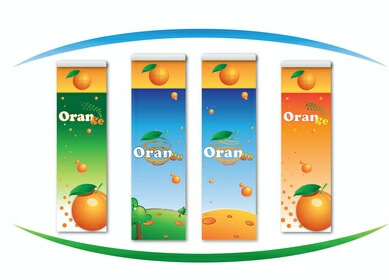 Don’t be fooled by the labels – those cartons of so-called ‘100 percent orange juice’ that you buy in the grocery store are usually not simply squeezed oranges and water.

Thanks to the highly complex and loophole-filled labeling laws in the United States, juice manufacturers get away with adding ‘flavor packs’ to their juice. Since they are derived from orange oil, essences and by-products, even though they are chemically processed into a state that cannot reasonably be called natural, these flavor packs are not required to be listed in the ingredients.

It is thanks to these flavor packs that an orange juice brand such as Minute Maid achieves the exact same flavor batch after batch, but always tastes slightly different from another brand, such as Tropicana, for instance. These juices use different flavor packs, allowing them to have a distinct, uniform flavor glass after glass.

Anyone who has ever juiced oranges at home knows that no two oranges ever have the exact same flavor, especially in different seasons. So, what is the process that juice companies use to create their concoctions?

After squeezing the juice from oranges, it is stored in large holding tanks. Afterwards, all of the oxygen from the juice is removed. This is done to extend the shelf life of the juice. When the oxygen has been removed, a flavor pack is added. These flavor packs are provided by fragrance and flavoring companies, often the same companies that manufacture perfume. 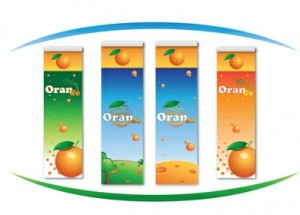 Instead of drinking down this chemical-filled solution, orange juice lovers should strongly consider squeezing their own fresh, organic orange juice at home. However, many experts are now recommending that people cut down on juice, and instead eat the fruits whole.

For starters, when drinking juice, it is very easy to get an overload of sugar in a very short amount of time. When the entire orange is eaten, the fiber in the pulp actually aids the body in digesting the fructose content, as it blocks some of it from being absorbed.

Whole oranges are also more filling than drinking a glass of orange juice, satisfying your hunger as well as your thirst. Additionally, the pulp and peel of the orange contain a flavonoid known as hesperidin, which has been linked to anti-inflammatory properties and lowered blood pressure.

Home-juiced, organic orange juice still has its health benefits and antioxidants, and can be enjoyed in moderate quantities, although the whole fruit certainly packs more punch. When it comes to those cartons lining the grocery store refrigerator, however, best to steer clear; the added chemicals should signal you to ‘stay away.’