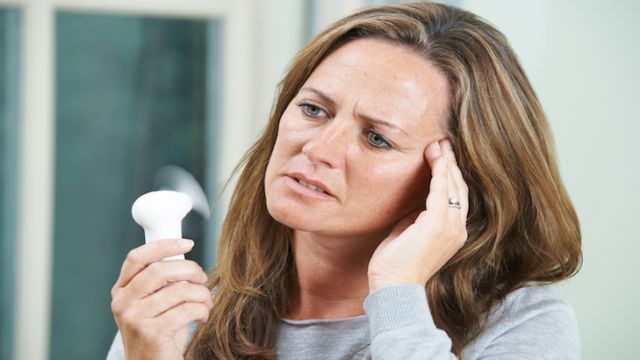 Menopause is an inescapable reality of being an older woman, but does it have to be so uncomfortable? Many women experience life-disturbing symptoms such as hot flashes and night sweats, which can make it impossible to sleep soundly, not to mention feel at ease throughout the day.

Many women seek a natural approach instead of prescription drugs and hormone replacements, which can be dangerous, and often come with unwanted side effects. So, what are the best natural remedies available?

While every woman is different, and what works for one woman may not work for another, the following are a few great natural options to try.

Note: Always talk to a health professional you trust before trying one of these options. They may be natural, but nature’s remedies are often potent. Therefore, it’s worth it to talk to your health professional first to make sure they are safe for your individual health.

One natural procedure that has recently received attention in regards to alleviating menopause symptoms is acupuncture. A new study performed by Wake Forest Baptist Medical Center researchers has linked this ancient practice with reducing hot flashes and night sweats by up to 36 percent.

The study was performed on just over 200 women between the ages of 45 and 60, all of whom were going through menopause, and experienced hot flashes on a regular basis. The research was carried out over the span of a year. The women who underwent regular acupuncture treatments reported significant relief of their symptoms, even after a year.

According to Nancy Avis, a professor of public health sciences and the study’s lead author:

“Although acupuncture does not work for every woman, our study showed that, on average, acupuncture effectively reduced the frequency of hot flashes and results were maintained for six months after the treatments stopped.”

“None of these options seem to work for everyone, but our study showed that acupuncture from a licensed acupuncturist can help some women without any side effects. Our study also showed that the maximum benefit occurred after about eight treatments.”

Ginseng has been a staple in traditional Chinese remedies for thousands of years. One of its traditional uses is to relieve the hot flashes, insomnia, vaginal dryness and irritability that can accompany menopause.

A 2012 study published in the journal Menopause tested the effects of red ginseng on postmenopausal women, in the areas of both symptom relief and heart disease risk. Many of the women reported an easing of their menopausal symptoms. Upon analyzing their results, the authors concluded:

“RG [red ginseng] could be an attractive herbal dietary supplement for relieving menopausal symptoms and conferring favorable effects on markers of cardiovascular disease in postmenopausal women.”

Red clover is another herbal remedy that may help ease multiple menopause symptoms. A 2002 study published in the journal Maturitas tested the effects of an isoflavone extract from red clover, in the form of a supplement called Promensil, on hot flashes in postmenopausal women. On their results, the authors wrote:

“At the end of the study there was a significant decrease in hot flushes of 44 percent between the active and placebo group, demonstrating the effectiveness of Promensil in the management of hot flushes.”

While the supplement Promensil is one option, the more natural approach would be to go straight to the source, and try some high-quality red clover tea.

It may sound a little strange, but we’ve reported on research which found that hypnosis could have an effect at ameliorating menopausal symptoms in some women. While some women may be opposed to this method, if you’re open to it, it might be worth a try.

Have any of these remedies worked for you? What other natural methods of menopause relief have you found to be effective? Please let us know!