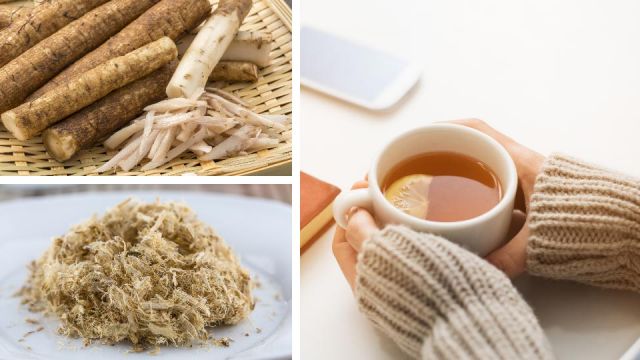 Many cancer patients choose to try a gamut of holistic therapies and natural remedies alongside their conventional treatment. From juicing to essential oils to immune-boosting mushrooms, there are many options out there to try.

But have you heard of Essiac tea? As with many alternative approaches, the mainstream medical community is quick to write off any potential effectiveness of this traditional remedy. However, holistic practitioners and health stores continue to recommend it after several decades, and there are many first-hand accounts of its ability to help heal disease.

What is Essiac tea?

Essiac tea is a blend of four different herbs which was developed by a Canadian nurse, called Rene Caisse, in the 1920s. Some sources believe the recipe was given to her by an indigenous Ojibwe tribe member.

The proprietary blend contains burdock root, slippery elm bark, sheep sorrel leaves and Indian rhubarb root. It’s available in many forms including powder, liquid and capsules. It’s also possible to make an herb blend through a holistic practitioner and brew it into tea, although it is unclear whether the original recipe has been revealed. Some sources claim they have the original recipe, which we have included below in case you want to try making your own.

Over the many decades it has been in use, Essiac tea has been used not only to fight cancer but also to support patients in overcoming other diseases like gastrointestinal conditions, diabetes and AIDS.

Breaking down the ingredients of Essiac tea

Despite the debate over the efficacy of Essiac tea, we do know that the ingredients are rich in antioxidants, anti-inflammatory, support the immune system and help detoxify the body.

Let’s look at each ingredient in detail.

Burdock root is mainly used for detoxification and reducing inflammation. It is said to purify the blood and lymph system and is used in the treatment of fevers, viruses, gastrointestinal issues, joint pain, gout, bladder infections and skin conditions.

Sheep sorrel, like burdock root, is a diuretic and anti-inflammatory herb. It is used in the treatment of bacterial infections and to reduce pain and swelling. It’s considered to be a highly nutritious and bioactive wild green.

Slippery elm bark has a mucilaginous quality which makes it useful in the treatment of conditions like coughs and sore throats, diarrhea or constipation, IBS, ulcerative colitis and various infections. It may protect the organs against damage caused by cancer treatments, while also supporting the immune system.

Indian rhubarb root has many medicinal properties including antitumor, antifungal and antimicrobial action. It is commonly used in herbal medicine for digestive and gastrointestinal issues.

The Essiac company has also created another product called Flor-Essence, which is the same blend as the original Essiac tea, except it also has four additional ingredients added. These are watercress, blessed thistle, red clover and kelp.

Watercress is packed with nutrients, antioxidants and cancer-fighting compounds. Blessed thistle helps ease indigestion, coughs, colds, fevers and infection. Red clover is a multi-use herb employed against many conditions like cancer, digestive issues, coughs, asthma and bronchitis, menopause and PMS. Kelp is rich in vitamins, minerals and trace elements which nourish the body.

Although the creators attempted to popularize Essiac tea for mainstream medicinal use, the scientific community has never supported this, and the product remains an unregulated “dietary supplement.”

Even so, there have been some studies done on the efficacy of the tea, which have yielded conflicting results. While some doctors and practitioners swear by it, and studies have confirmed positive effects, other research has reported that some cancers may be adversely affected by the herbs (breast cancer in particular).

Some side effects, such as liver and kidney problems, headaches, abdominal discomfort and allergies have been reported from the use of Essiac tea. As with any medicine or herbal remedy, caution must be employed.

While it’s unclear whether the original Essiac tea recipe has ever been revealed outside of its producers, there are recipes available online. Of course, we recommend that you do your own research and consult a trusted practitioner before making or taking any herbal remedies.

According to the Essiac website, patients should use two to four ounces of Essiac tea, twice daily. Some sources say serious ailments can be treated with up to nine ounces per day.

Proponents describe the treatment experience as initially causing tumors to expand and harden, then soon after they begin to soften, and are broken down and expelled by the body.

Whatever the truth is about Essiac tea, there are certainly many people who claim they have benefited from this mysterious traditional treatment. Would you try it?