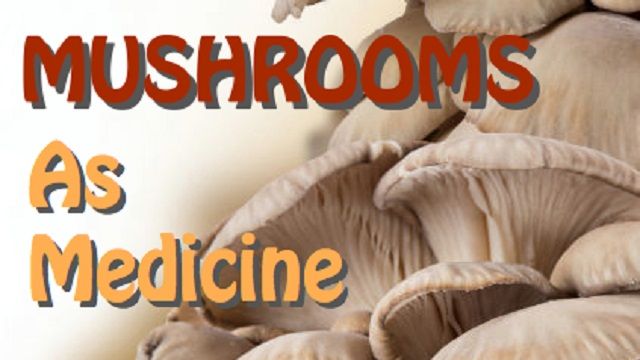 1) They cause no harm or side effects and place no additional stress on the body.
2) They help the body to adapt to various environmental and biological stresses.
3) They have nonspecific action on the body, supporting some or all of the major systems, including nervous, hormonal, and immune systems, as well as regulatory functions.

The potential of medicinal mushrooms is enormous but remains mostly untapped. It could and should evolve into a successful biotechnological industry for the benefit of humankind. These mushrooms can be made into pharmaceuticals (i.e., medicines made from mushroom constituents), nutriceuticals (therapeutic food products), and cosmeceuticals (skin-care or self-care products with therapeutic benefits).

This article will explore the most widely used species of medicinal mushrooms, including where they originate, what they are used for, how to purchase them, and how to administer them for successful results.

Chaga, or cinder conk, is also known as the “King of Mushrooms.” It has been used as a folk remedy in Russia and Siberia since the 1500s. It is also used as an effective tinder for primitive fire-starting techniques.

Where it comes from

Chaga is usually found in cold habitats. It grows parasitically on trees — mainly birch trees, and is usually harvested in Russia, Korea, Northern Europe and cooler parts of North America. Chaga grows very slowly, and cannot be cultivated effectively in “captivity.” The result is “reduced and markedly different production” of its bioactive substances.

Chaga vs. HIV and cancer

Many studies have reported that chaga contains excellent bioactive compounds, including a lignin substance, which has been shown to inhibit the protease enzyme that plays a key role in type-1 HIV.

Researchers have also found that the compounds in chaga have antimutagenic and antioxidative activities, meaning that they prevent cells from potentially dangerous mutations and damage from free radicals. This is significant because oxidative stress and mutagenic activity play important roles in the cancer development process.

A 2010 study published in the journal Nutrition Research and Practice tested the efficacy of chaga mushroom constituents on human lung, stomach, breast and cervical cancer cells in vitro. Mice treated with sarcoma cells were also tested. Both strands of the trial found that the chaga decreased tumor volume by 24 to 34 percent.

Similar levels of activity were found on hepatoma (common liver cancer) cells by another study in 2008. These results are very promising for the prevention and treatment of cancer.

How to buy and use chaga

Ensure you buy chaga from a sustainable source where it has been wild-harvested by experienced and responsible people. Many sources online offer chunks of dry chaga sold in a jar or bag. Simply place a plum-sized piece of chaga into four cups of water and simmer for 20–30 minutes.

The tea should be dark brown or black. The chunks can be used many times (left to dry thoroughly in between uses) until they stop giving color to the water.

If you purchase chaga and the tea is too bitter to drink, it was likely harvested from a dead tree. Since the chaga lives symbiotically with the tree, this will mean the chaga was no longer healthy when it was harvested. Chaga tea should taste earthy and mildly sweet.

If you have ever tried the fresh watery sap collected from a maple tree in the tapping season, chaga tea tastes similar. It is a light and enjoyable tea to drink anytime for preventative health maintenance.

If you have a chance to find and collect your own chaga, be sure to only collect 20 percent of what is there, and leave the rest to grow.

Reishi mushrooms have been considered sacred for thousands of years in Asia, and have translated into modern medicine as well. Taiwan, China, Korea and Japan already have multi-million-dollar industries based on natural reishi health-care products.

Reishi normally grows in the tropics, although there is one type that grows in North America and favors maple trees. It is rare in the wild, and these days we generally get cultivated forms, which are grown on logs or woodchip beds.

Reishi mushrooms are valued for their ability to modulate the immune system, halt cancer growth, and disable the activity of viruses. They contain over 80 beneficial, biologically active substances, including triterpene acids and sterols, which have many medicinal effects. Another term commonly applied to reishi is “adaptogenic.” This means it helps the body resist the effects of stress and overcome health challenges more quickly.

One 2003 study showed that reishi mushroom supported the immune system of mice so that they were naturally able to stop the proliferation of tumor cells. Other studies have reported activity against skin tumors and Epstein-Barr virus.

It also protects cellular DNA against damage, and can help fight Candida yeast overgrowth. Users have seen normalization of blood pressure and blood cholesterol levels, as well as reduced arthritic and prostate-related urinary symptoms with reishi.

Other benefits that have been found include the following:

How to buy and use reishi mushrooms

Black reishi is less bitter (as compared to the red variety) and can be consumed in soup. It can be found in most Chinese herbal shops. However, it is not as effective as red reishi.

Generally an extract is the best way to buy red reishi. It will have been extracted via simmering in hot water for a few hours. This results in a more potent product than simply dried or ground mushrooms or mushroom capsules.

Look for reishi that has been grown on logs rather than in wood pulp or on a wooden box. These mushrooms are the highest quality and more worth spending money on.

Cordyceps have one of the less savory ways of coming into the world. They germinate inside the larvae of moths (caterpillars), kill and mummify them, and then emerge from the corpse. The cordyceps literally look like a twig growing out of a dead caterpillar’s head. These caterpillars are generally found in alpine grass and shrublands of the Tibetan Plateau and Himalayas.

Although their growth methods may be slightly off-putting, doctors of traditional Chinese and Tibetan medicine have been employing the powers of cordyceps for at least two thousand years. Traditional doctors may use cordyceps as an aphrodisiac, or to treat conditions from fatigue to cancer. 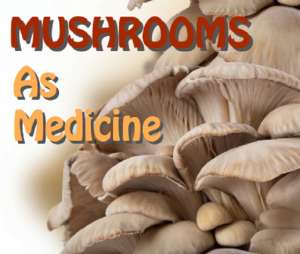 Cordyceps for energy and endurance

Studies have found that the cordyceps fungus produces many pharmacologically active substances. Recent research has shown that cordyceps increases lung capacity and efficiency, is restorative after physical exertion and may improve physical endurance by improving cellular energy levels. It also helps boost the function of the adrenal cortex, which helps us adapt to stress.

Cordyceps extracts have been demonstrated as strong antioxidants, including the oxidation of LDL cholesterol (oxidized LDL is the most harmful form). The activity was found to be just as strong in the cultured form as the natural form.

Studies have also attributed cordyceps with various cancer-fighting abilities, including inhibiting the growth of tumors from ten to 40 percent. Another study found that when human blood cells were stimulated with cordyceps extract, they were able to act synergistically to inhibit the growth of human leukemia cells by 78 to 83 percent.

How to buy and use cordyceps

Nowadays almost all cordyceps available for purchase are made from laboratory-grown mycelia grown on grains or in liquids. The mycelia are like the “roots” of the mushroom — they are long, branching parts that are usually underground. No one has succeeded in growing the entire fungal body by infecting cultivated caterpillars.

It’s advisable to seek out a product where the packaging names the specific strain of cordyceps that has been used. The CS-4 strain has been demonstrated to have immune-stimulating effects in numerous studies.

Try incorporating these time-tested therapeutic mushrooms in your preventative health routine and enjoy the many benefits!