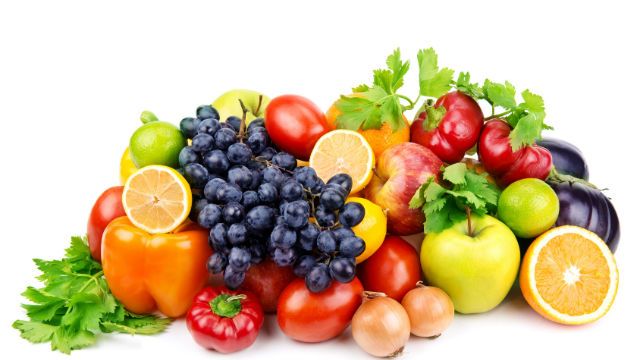 Over 795,000 strokes occur each year with essentially one person experiencing a stroke every 40 seconds. In the United States, stroke is the fourth leading cause of death as well as being largely responsible for adult disability.

And while there are plenty of ways you can reduce your risk of suffering what the National Stroke Association terms a “brain attack,” a new study indicates that one of your best lines of defense may be what you put on your plate.

The recent meta-analysis examined over 20 different studies performed over the last 19 years throughout the United States, Asia and Europe. The role of a high intake of fruits and vegetables as it relates to incidences of stroke was assessed among over 760,000 individuals who had suffered over 16,900 strokes. Researchers found that the risk of stroke decreased 32 percent for every 200 grams of fruit consumed and 11 percent for every 200 grams of vegetables consumed daily.

The researchers note that high intakes of produce are an excellent way to meet both macro and micronutrient requirements while keeping calorie consumption low, thus inhibiting weight gain and reducing waist circumference and BMI measurements.

Yet interestingly enough, even though these produce-rich diets are proven to be extremely beneficial for any population, researchers note that overall fruit and vegetable consumption is far lower than the recommended minimum of four to five daily servings. This is especially true in low to middle-income populations.

The current research suggests that more efforts need to be made to promote healthy eating habits and increase recommended daily servings of produce, especially among those with the highest risk factors for stroke and developing other chronic diseases.

But while all fruits and vegetables provide a wealth of nutrients, each with their own unique blend of phytochemicals, antioxidants, flavonoids and more, there may be some benefit to selecting your colors wisely. One study in particular evaluated the effects different colored fruits had on stroke risk.

Over 20,000 healthy individuals were assessed over the course of a ten-year span. A nine percent lower stroke incidence was associated with those who consumed the highest amount of white fruits and vegetables as compared to either green, red/purple and orange/yellow produce with apples and pears being the most popular selections.

But don’t think you’ll receive the same benefits from fruit found in a can or jar. A 2011 European study followed over 20,000 healthy individuals over the course of ten years, assessing their consumption of either raw or processed produce.

Stroke incidence was found to be 30 percent lower for those who ate raw produce as compared to no reduction of stroke incidence attributed to the consumption of processed fruits and vegetables.

Based on the research, there’s ample evidence to include several servings of fruit and vegetables daily. Always select organic to avoid harmful chemicals, and incorporate fresh produce as much as possible into your diet, as compared to heavily processed varieties that often lack complete nutrient content and are generally prepared using syrups, sugars, sauces or other additives.