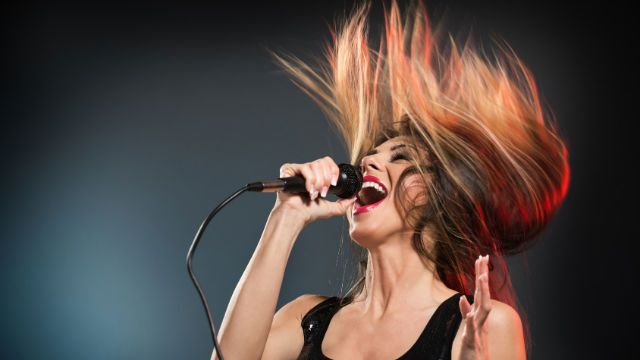 If you feel at your most confident and happy while singing in the shower, but have been told that your pitch doesn’t quite cut it, we have good news for you. New research out of Northwestern University has found that singing on key is a skill that can be developed over time.

If you’re one of those people with a naturally beautiful voice and perfect pitch, you should heed this study as well – it suggests that if you stop practicing, your technical vocal skills can go downhill.

For their study, researchers analyzed the technical singing accuracy of three groups of students: children in kindergarten, sixth-graders and adults of college age. Individuals in each group were tested for their ability to listen to a pitch, and sequences of pitches, and accurately sing them afterwards.

Results showed, not surprisingly, that the sixth-graders sang more accurately than the kindergartners, likely thanks largely to their music lessons, and also likely to brain development. However, the researchers also found that the adults did no better than the kindergarten students on two of the three pitch tasks.

On the subject of singing on key, and the results of the study, lead researcher Steven Demorest stated, “it’s… a skill that can be taught and developed, and much of it has to do with using the voice regularly. Our study suggests that adults who may have performed better as children lost the ability when they stopped singing.”

Demorest added, “no one expects a beginner on violin to sound good right away, it takes practice, but everyone is supposed to be able to sing. When people are unsuccessful they take it very personally, but we think if you sing more, you’ll get better.”

So, why sing? If it doesn’t simply make you feel amazing right away, consider it’s health benefits. According to Professor Graham Welch, Chair of Music Education at the University of London:

“Singing has physical benefits because it is an aerobic activity that increases oxygenation in the blood stream and exercises major muscle groups in the upper body… Singing has psychological benefits because of its normally positive effect in reducing stress levels through the action of the endocrine system which is linked to our sense of emotional well-being.”

While this study was about singing, we can also take away that other hidden talents we may have – talents we may have dismissed or thought would be impossible to develop – may improve with practice. Even if others have shut us down, if we work at developing our skills and talents, they will flourish.

So, whatever channel your inner sensation wants to express itself through – whether it’s singing or not – go for it with gusto!