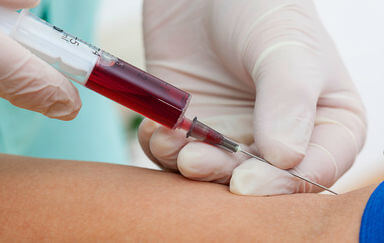 There is a lot of talk about not getting enough iron; it’s essential for human life, and a key component of various proteins and enzymes. Iron is also involved in the transport of oxygen and the regulation of cell growth and differentiation, among many other uses.

If you don’t have enough iron, you might feel fatigued, have decreased immunity or iron-deficiency anemia, which is serious if it goes untreated and fairly common in children and premenopausal women.

Those commercials for Geritol make us think that iron depletion is a fact of life for most older people, but in reality, a landmark Nurses’ Health Study  found that just 3 percent of postmenopausal women are iron depleted. And those are women who tend to exercise more than average, take aspirin on a regular basis, or have stopped menstruating relatively recently.

The study also found that there were three times more postmenopausal women who have too much iron in their blood.

Many people don’t realize that too much iron can be just as deadly as not getting enough – and that it’s far more common than an iron deficiency. If you have a hereditary disease known as hemochromatosis, it can cause iron overload and result in serious health issues.

Fortunately, your iron levels can be checked easily through a simple blood test which should be done on a regular basis as part of a preventive health screening. The test measures the carrier molecule of iron, which is a protein found in the cells called ferritin that stores iron. When ferritin levels are low, iron levels are low.

A healthy range of ferritin is said to be between 18 and 160 ng/ml in women and 18 to 270 ng/ml in men. Much below 20 means that you are probably iron deficient; above 160 in women and 270 in men suggests an iron overload. Levels over 1000 may indicate a serious iron overload. Ideally the range of serum ferritin should be between 40 and 100 ng/ml.

In addition to those with hemochromatosis, there are other risk factors for accumulating more iron than you should. Adult men and postmenopausal women are usually at a higher risk, without a monthly blood loss, which is one of the best ways to eliminate excess iron.

Drinking too much alcohol on a regular basis can also increase your absorption of iron. Cooking in iron pots and pans, eating processed foods, drinking well water that is high in iron and taking multiple vitamin and mineral supplements with added iron can also cause an overload of this mineral.

Be sure your doctor is checking your iron levels – if the level is found to be high, fortunately, this is something that is easily corrected through the following:

Take charge of your health and learn if your iron levels are high, low, or just right so that you can take steps to correct it, if necessary.