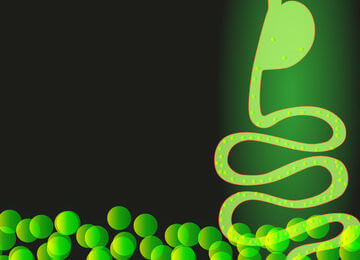 The human gut is an incredibly delicate environment, where all elements work together to maintain proper balance. A new study has revealed the immunological function of one protein within the gut, reinforcing how necessary a healthy gut is to preventing illness.

The study, published this month in PLOS Pathogens, examined the role of SIGIRR, a protein that exists on the surface of the cells lining the gut. This protein lessens the innate immune response of these cells to invading bacteria, however, researchers found that in mice, SIGIRR is also key to protecting the gut from harmful bacteria.

The research team, led by Xiaoxia Li from the Lerner Research Institute and Bruce Vallance from the British Columbia Children’s Hospital and the University of British Columbia, introduced bacteria that causes food poisoning in rodents into certain mice that were lacking the SIGIRR gene.

These mice were not able to defend themselves against the bacteria, and got significantly sicker than mice with the SIGIRR gene, even though the mice without the SIGIRR gene showed much stronger innate immune response.

Researchers observed that the stronger immune response to the bacteria by mice without the SIGIRR gene also killed off many ‘good’ gut microbes, allowing the harmful ones to take over. In a well-balanced gut, good bacteria competes with the bad bacteria for nutrients and habitation room. When the good bacteria die, the bad bacteria thrive.

The SIGIRR protein functions to protect our friendly belly bugs, so they can keep invaders away. The process by which the good bacteria create a barrier against invaders is called ‘colonization resistance.’ Although this experiment was performed with mice, researchers speculate that this could be the function of SIGIRR in humans, as well.

The research team writes, “our results suggest our immune system really isn’t very good at preventing food-borne infections, and, through evolution, we have come to rely on our gut microbiota to protect us from many pathogens. If we disrupt this highly mutualistic relationship (for example, with antibiotics), we leave ourselves highly susceptible to infections.”

The assertion of these scientists to protect the balance of our gut environment is reassuring, as just this past June, another team of scientists – at Wyss Institute – was talking about targeting gut viruses, known as phage, to help overcome antibiotic resistance. 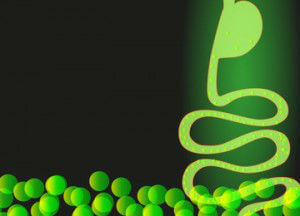 Phage protect gut bacteria from antibiotics, and Wyss researcher Jim Collins was speculating that by destroying the phage, harmful bacteria would be easier for antibiotics to destroy. Li and Vallance’s new study shows how dangerous disrupting the natural function of the gut could be.

Knowing the important role the gut plays in the body’s immune function, it is certainly in your best interest to keep yours as healthy as possible. Avoiding processed foods and chemical additives is an excellent start. A diet high in fiber, including lots of raw, organic fruits and veggies, will keep things moving optimally.

Probiotics aid the gut by keeping the balance of helpful belly bugs high, so the harmful ones do not grow too large in number. Fermented foods, such as natural yogurt, kefir, sauerkraut and kimchi, as well as microalgae, are probiotic in nature.

If you are good to your gut, it will serve as one of your greatest assets for a long and healthy life.