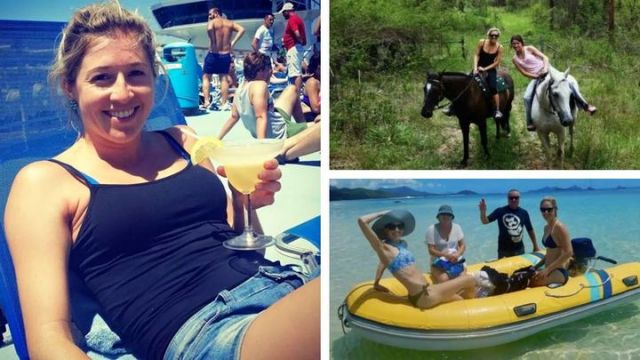 Life is a gift, but too many people do not realize how precious it is until adversity hits home. That message is something Holly Butcher, a young Australian woman, desperately wanted to share with the world before she passed away from Ewing’s sarcoma, a rare form of cancer.

On January 4, 2018, Holly (who was just 27) drew her last breath while she was surrounded by her friends and family. But a letter she wrote for Facebook shortly beforehand, offering heartfelt lessons about loving and living fully, is inspiring people all across the world as it is being shared by tens of thousands.

Her advice is resonating with countless people from all walks of life because it is filled with simple but life-changing truths that so many of us have lost sight of. To appreciate the full impact of her letter, I suggest you read it in full (below). But here’s a quick look at some of Holly’s most important lessons:

Holly was young, beautiful and looked the picture of health. But death and disease do not discriminate on basis of age or virtue.

In her post, Holly wrote, “I always imagined myself growing old, wrinkled and grey — most likely caused by the beautiful family (lots of kiddies) I planned on building with the love of my life. I want that so bad it hurts.” Most of us assume that we’ll have ample time on this earth, but in life, there are no guarantees. Therefore, Holly reminds us that “each day is a gift, not a given right.”

2. Be ruthless for your own well-being

This is not a call to be selfish, but rather an admonition to tune-out the things that distract you from true happiness. Are you always comparing yourself to others on social media? Do certain news feeds make you feel crappy? Holly’s advice is to prune things that tend to undermine your mental and spiritual well-being.

3. Enjoy the moment (and stop trying to capture it)

Are you more concerned with getting the perfect selfie or how your picture will look on social media? Holly believed that the preoccupation of documenting your life for others can distract you from the magic of the moment.

As Holly explained, “Try just enjoying and being in moments rather than capturing them through the screen of your phone. Life isn’t meant to be lived through a screen nor is it about getting the perfect photo.”

Are you pissed off because you got stuck in traffic? Do you have an attitude because your boss yelled at you? Did a bad haircut or a broken nail just ruin your day?

Holly suggests putting minor setbacks like these in perspective. After all, small hassles are nothing compared to having a terminal illness. As Holly explains, “Just think about someone who is really facing a problem. Be grateful for your minor issue and get over it. It’s okay to acknowledge that something is annoying but try not to carry on about it.”

5. “Don’t miss out on experiences because you spent all your money on material sh*t”

As the end neared, Holly reflected on how the pleasure of purchasing stuff paled in comparison to the deep happiness she got from sharing experiences with those she loved. “Buy your friend something kind instead of another dress [for yourself],” she advised.

Holly added, “Give, give, give. It is true that you gain more happiness doing things for others than doing them for yourself. I wish I did this more. Since I have been sick, I have met the most incredibly giving and kind people and [have] been the receiver of the most thoughtful and loving words and support from my family, friends and strangers; More than I could I ever give in return. I will never forget this and will be forever grateful to all of these people.”

In other words, it’s not the amount of money you earn or the possessions you accumulate with others that ultimately matters. It’s the love and the moments you share with your fellow human travelers.

It’s heartbreaking but also inspiring to read Holly’s final letter. However, I believe her dying words may help you lead a more fulfilling life. You’ll find her thoughts (below), as well as some reaction to her advice that readers have posted on social media:

A bit of life advice from Hol:It’s a strange thing to realise and accept your mortality at 26 years young. It’s just…