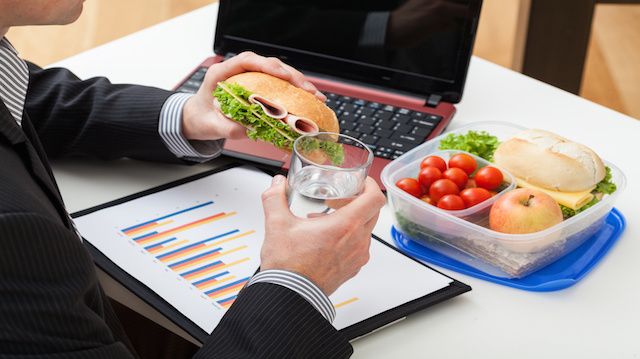 Do you walk and eat at the same time? Do you often eat lunch or supper on-the-go? According to a new study published in the Journal of Health Psychology, you may want to quit eating while moving if you still have a few extra pounds that refuse to go.

The researchers conducting the study wanted to test the influence of movement on dieters and their eating patterns. The researchers divided 60 women into three groups. The first group of women was given access to a cereal bar while chatting with friends. The second group of women was given the same menu but shown a five-minute movie clip. The final group was allowed to eat as they walked up and down a hallway.

When the test was over, the women participated in a taste test while they completed a questionnaire about the study. The women were served snacks of grapes, chips, chocolate, and carrot sticks. According to the study authors, the women who had been walking while they ate consumed five times more chocolate than the women who had eaten while sitting and chatting.

The researchers theorized two possible explanations for why the women in the movement group ate more junk food after the study. First, the study authors considered that walking while eating could cause a person to be distracted and prevent them from realizing they were full. The second theory suggested that the women who walked thought they were making a healthier choice by walking and eating at the same time, which would have signaled in their minds that they deserved a reward for their earlier healthy behavior. 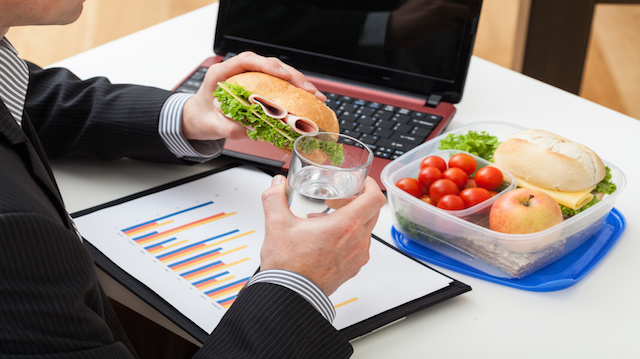 Since this study was so small, a larger study over a longer period is necessary to determine if the same result occurs in all sexes, all ages, and with all fitness levels. However, the evidence does suggest that eating and walking may not be a good idea.

Although studies have been carried out assessing the impact of snacking on-the-go on individuals’ diets before, this is the first time researchers have examined the immediate effects.

Given the short time span of the study, as well as its limited sample size, researchers acknowledged that further work is needed to determine the longer term effects of snacking on the move. However, the study authors agreed that eating while distracted is harmful and can cause overeating. Whether you are eating while walking, at work, in the car, or in front of the TV or computer, you are much more likely to eat more. By sitting down at the table and paying attention to what is going in your mouth, you are consciously controlling your eating habits and reducing your chance of overeating.

Take time for meals every day and stay away from “working lunches.”

You may be surprised at the difference you see in your waistline just by slowing down, enjoying your meals and making sure you don’t overeat.