A meeting of the World Health Organization (WHO) is scheduled for Monday, February 1st, to discuss what actions can be taken against the Zika virus, which officials state is “spreading explosively.”

Until 2015, the Zika virus was classified only as a “mild threat” to the health of the world. Now, WHO officials warn that it could become pandemic. The virus has swiftly spread across Brazil, where over one million people are currently infected.

Over the course of the meeting, the WHO will decide whether or not to classify Zika as an “international health emergency.” According to Dr. Lawrence Gostin, head of the O’Neill Institute for National and Global Health Law at Georgetown University:

“It is far better to be over-prepared than to wait until a Zika epidemic spins out of control.”

The Zika virus was first isolated in 1947. It was found in a monkey in the Zika forest, located in Uganda. The Zika virus is spread by Aedes aegypti mosquitoes, which are found in many tropical regions, as well as the Southern United States. These mosquitoes also carry yellow fever and dengue fever.

According to the most recent CDC statistics, 24 countries have reported cases of the Zika virus.

There is currently no treatment or vaccine for this virus, and many people may not know they are infected, as no symptoms are present in 80 percent of cases. The virus is, however, suspected of causing birth defects in unborn babies. In Brazil, cases of microcephaly, in which babies are born with underdeveloped brains, are on the rise, along with Zika infection rates.

According to Margaret Chan, the WHO’s director general:

“The possible links, only recently suspected, have rapidly changed the risk profile of Zika, from a mild threat to one of alarming proportions.”

There is still some doubt as to whether Zika is responsible for the escalating microcephaly rates in Brazil; however, evidence so far is pointing in that direction. The Zika virus is also linked to other types of brain damage in infants, as well as to Guillain-Barre syndrome, which causes paralysis. It may also lead to miscarriages in infected pregnant women.

In response to the rising Zika infection rates, Brazil has announced that it will deploy 220,000 troops to raise awareness of the virus on the streets. According to WHO projections, between three and four million people in the Americas will become infected with this virus.

According to Dr. Tony Fauci, the head of the National Institute of Allergy and Infectious Diseases:

“We do think the living conditions in general in the United States, the lack of density, better air conditioning, wider use of screens, will keep us in better shape.” 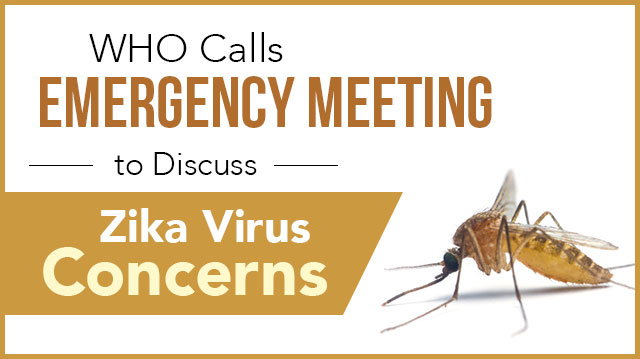 However, the virus still poses a very real potential threat to those living in Southern states, and to those who travel. Pregnant women may be especially at risk. If you are pregnant, or are trying to become pregnant, now might not be the best time to travel to the tropics — and mosquito protection is imperative.

There are many alternatives to DEET-filled insect repellant for keeping mosquitoes at bay. Wearing clothing that covers exposed areas, using citronella, rosemary, clove, or eucalyptus essential oils, and hanging mosquito nets over sleeping areas — especially if the windows are open — are just a few.

Along with protecting yourself from the pesky critters, it couldn’t hurt to keep your immune system as strong as possible. This starts with taking tip-top care of your overall  health.