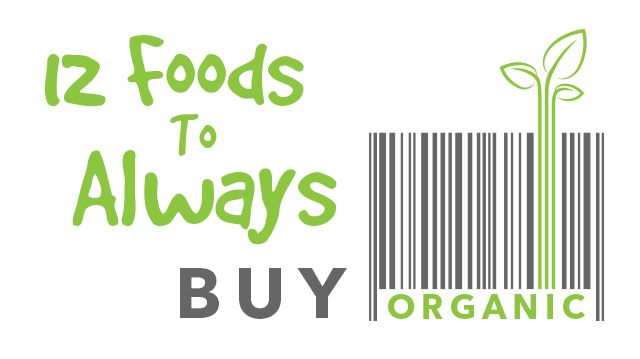 This past weekend, I dug up our garden, thrilled to see a plethora of large worms — a clear indication that our soil is healthy. Although I am still a regular visitor at our local farmers market, I grow tomatoes, sweet peppers, hot peppers, dark leafy greens, cucumbers and herbs on home turf.

When I pick a fresh, plump tomato, I know exactly where it came from and how it was grown. To be honest, I started gardening to cover some of our grocery costs. My husband and I focus on an organic, mostly plant-based diet. Although great for our health, it wasn’t always the greatest on our wallet.

It can be confusing, knowing what’s best — is buying organic even worth it? If you have been dishing out the extra cash, wondering if you’re doing your family any good, watch this brief video, The Organic Effect,  highlighting a Swedish study.

Interesting, isn’t it? Now, back to the whole issue of cost. If you need to pick and choose, there are most certainly foods that tend to carry higher levels of chemical residue in comparison to others. Here’s your organic buying guide, helping you make more informed decisions moving forward.

You may have heard of the “dirty dozen” and the “clean fifteen” — these are foods that are categorized based on their pesticide levels as well as their level of nutrition. Buying organic does not only mean that you reduce your intake of chemicals, but you also obtain more nutrients.

Within one recent study, published in the British Journal of Nutrition, researchers found that a wide range of antioxidant concentrations were substantially higher in organic crops in comparison to non-organic. Of the compounds found, such as flavonols and phenolic acids, many have been directly linked to a reduced risk of chronic disease.

Let’s count down the dirty dozen:

Whether you’re purchasing romaine lettuce or spinach, leafy greens are known to have a significantly high pesticide load. Based on the USDA Pesticide Data Program, 52 pesticide residues have been found, including known carcinogens, hormone disruptors, neurotoxins, reproductive toxins and honeybee toxins. Yeah, not exactly what you have in mind when you want to make a fresh salad, is it? 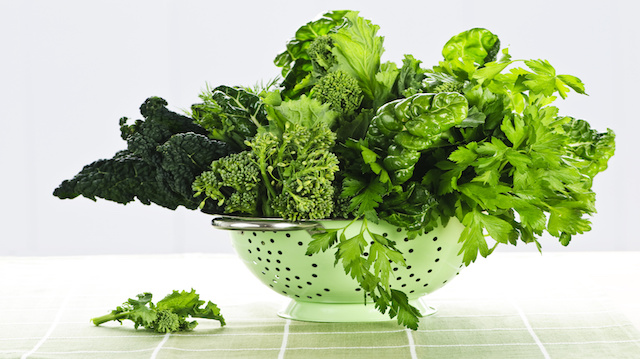 You’ll notice a trend with this list — foods with thin skin are directly exposed to pesticides. Peaches contain the same problematic chemicals as greens, but in even higher concentrations, leading to both human health and environmental concerns. A number of studies have linked these pesticides with both cancer and non-cancer health effects. Nectarines also fall into this category. 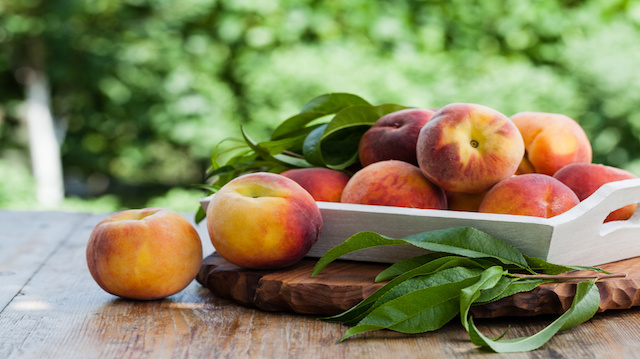 Apples are known for being the worst on the dirty dozen list, claiming the top spot year after year. When apples are harvested in the fall, they are then exposed to chemicals and waxes in order to protect them during storage.

When comparing conventional and organic, diphenylamine (DPA) and thiabendazole are found in 82.8 percent and 81 percent, respectively. There’s a reason why the European Commission issued a ban on the use of DPA — it’s been linked to toxicity in humans. 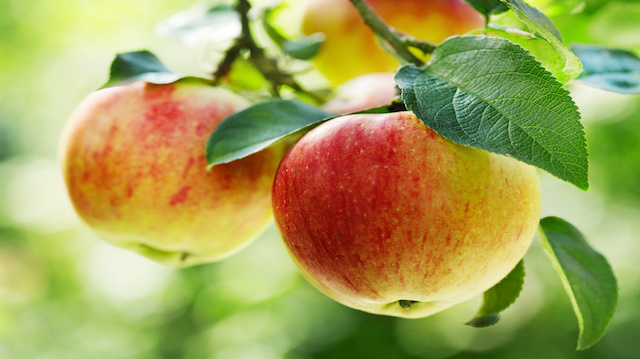 In order to deliver strawberries year round, growers often rely on heavy concentrations of toxic chemical cocktails. This is especially significant in California, where growers use a class of pesticides known as fumigants, including 1,3-D, methyl bromide and chloropicrin. These have been linked to development problems, cancer and hormonal disruption — check out Jim’s story below.

They may both be berries, but strawberries and blueberries offer their own unique health benefits. Don’t let a blueberry’s size fool you either — these little guys can carry up to 50 different chemical residues. The dangers associated with these pesticides are often listed as “short-term,” despite concerns surrounding neurological disorders, reproductive issues, cancer and hormonal complications. 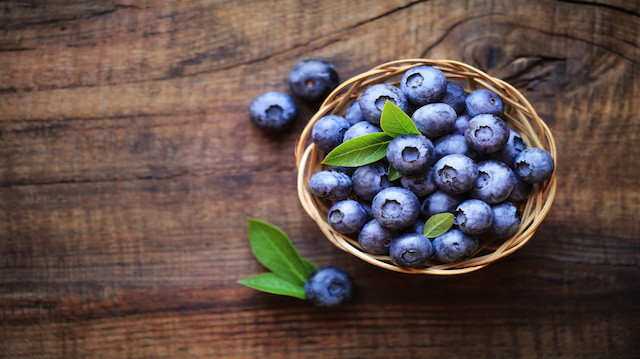 If you’re someone who juices often, celery is probably one of your go-to veggies. When tested, 100 percent of conventionally grown celery contained chlorantraniliprole and spinosad. Studies have stated that these pesticides are not harmful to humans; however, a number of studies have confirmed harmful effects on worm and fish populations. 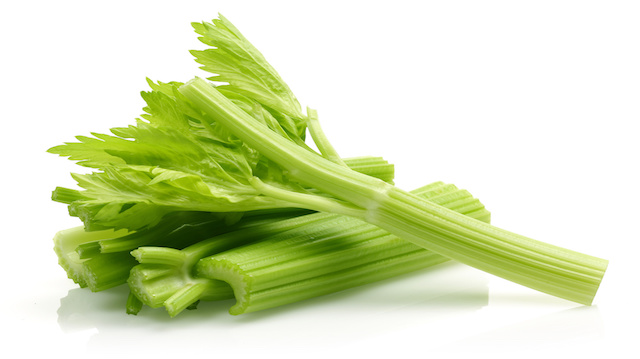 Article: The Difference Between Organic and Non-Organic Fruits and Vegetables

Within the growth cycle of bell peppers, they are generally sprayed anywhere from two to six times with insecticides, as well as fumigants, fungicides, herbicides and algaecides. Not only are they heavily sprayed, but once again, they are thin skinned. Hot peppers are also heavily sprayed with chemicals, including 25 honeybee toxins and 25 hormone disruptors. You can also grow your own bell and hot peppers, even if your space is limited. 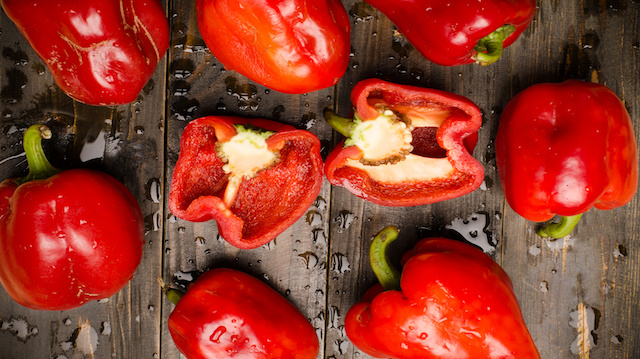 You may think, “I peel potatoes, that must eliminate most of the pesticide residue, right?” Unfortunately, the USDA found that 81 percent of potatoes still contained pesticides, even after they were washed and peeled. This makes sense, as potatoes are a root vegetable, being grown directly in soil. They are exposed to chemicals that are sprayed above ground, with increased exposure once the chemicals leach into the soil.

Studies have shown that conventionally grown tomatoes not only carry high levels of pesticide residue, but are also less healthy than their organic counterparts. It was found in one study, published in PloS ONE, that the vitamin C content in organic tomatoes was 57 percent higher and contained twice as many phenolic compounds in comparison to conventional. The high antioxidant concentration of organic tomatoes has been linked to a reduced risk of certain cancer types, as well as slow tumor growth. 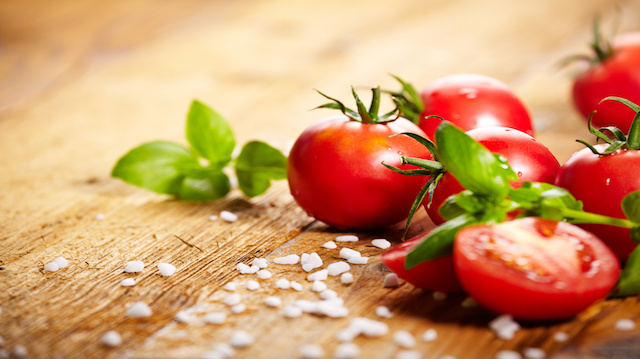 I love cucumbers — mainly because I’m obsessed with pickling, and at the end of the growing season, I always make a weekend out of it with my grandma. Unfortunately, when surveyed among 42 vegetables, cucumbers ranked second in terms of overall cancer risk. If you have non-organic cucumbers, it’s recommended that you discard the peel, as this will generally have a wax that contains additional chemicals. 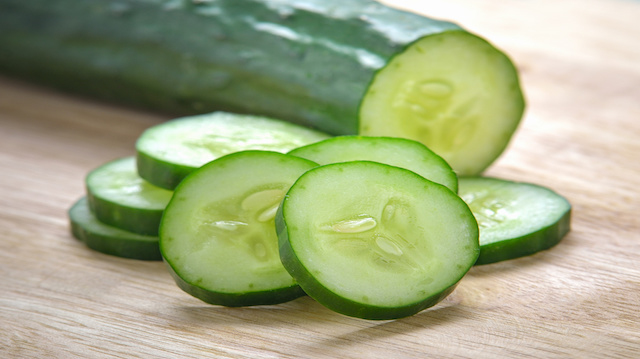 Banned in a number of countries outside the United States, rBGH is a growth hormone given to milk-producing cows, which has been linked to cancer, diabetic complications and increased use of antibiotics. When purchasing organic milk from grass-fed cows, you consume higher concentrations of calcium, vitamin D and beneficial fatty acids. 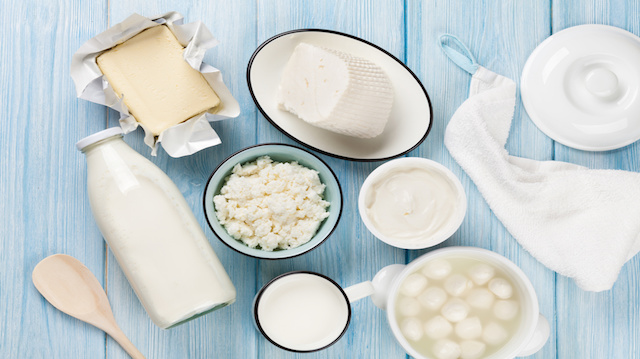 Study: Huge Difference Between Organic and Non-Organic Dairy and Meat

If you do eat meat, it’s important to focus on moderate consumption. If you eat meat twice a week, it’s easier to afford quality, organic cuts. When animals are conventionally raised, they are pumped with hormones and antibiotics — not to mention the overall inhumane conditions. This has led to concerns surrounding antibiotic-resistance in humans, as well as hormonal disruptions. 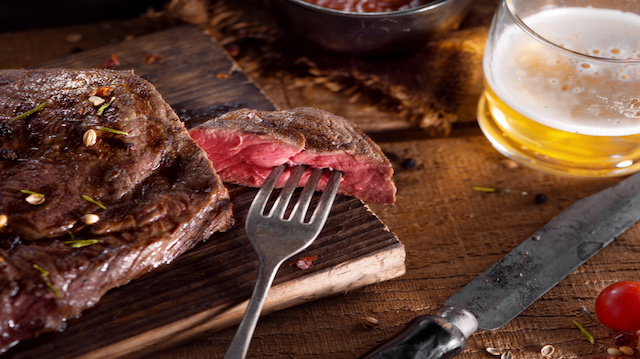 At the end of the day, you are investing in your health — nothing is more valuable than that. Think about how much we spend on our cell phone plans, cars and even on our wardrobes. If you used a fraction of that money to ensure optimal nutrition, you’d find that organic food is well worth the cost. Also, check out your local farmers market — produce will often be fresher, nutritionally dense and more affordable. Win-win-win!