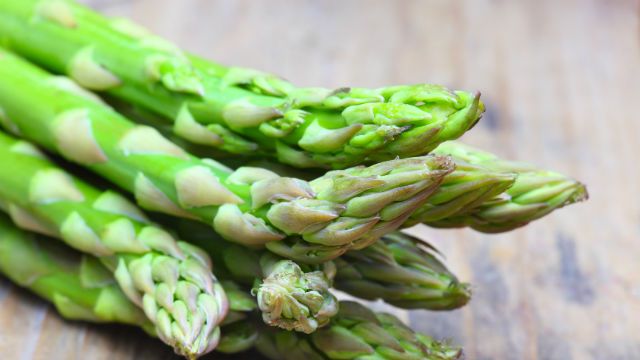 The EWG’s annual Dirty Dozen is a list that is meant to be an important tool for figuring out when it’s worth spending more for organic produce based on pesticide residue levels found on 48 common fruits and vegetables. For those on a tight grocery budget, it can be extremely helpful for making food dollars stretch.

The Clean Fifteen is a list that’s on the opposite end of the spectrum, ranking a list of fruits and veggies that have the lowest levels of pesticide residues and are also less likely to test positive for multiple pesticides.

The EWG found that 89 percent of pineapple, 78 percent of mango, 75 percent of kiwi and 61 percent of cantaloupe tested had no residues at all.

What’s important to remember, however, is this list doesn’t take GMOs into consideration – pesticide contamination is the only factor in determining which is safe to buy and which isn’t.

For example, corn is on the “safe” list, and as you might recall reading in our article on Monsanto’s BT-corn, it is a form of sweet corn that’s been genetically modified to include an insect-killing gene.

This means the corn probably wouldn’t test positive for pesticide residues because farmers don’t need to spray it – the insects die from eating the corn because it was created to break open the stomachs of certain insects and kill them.

According to the USDA, farmers in every state across the US are growing at least some GM corn at any given time. Scientists believe that this frightening toxin could lead to a number of digestive problems, autoimmune diseases, food allergies and learning disorders in children.

Papayas are also on the Clean Fifteen list, and the majority of papaya grown in Hawaii (which is where most comes from) has been genetically modified.

Something else to consider is that while peeled foods like mangoes, avocados and kiwis may spare consumers from significant pesticide exposure, it’s also quite possible that large amounts of pesticides and herbicides are used on the farms from which they originate. This contaminates groundwater, promotes erosion and is also damaging to local ecosystems.

While the Clean Fifteen can be a great place to start for people who are unable to go all organic, you may want to do a little more research in order to make the best decision for you and your family’s health.

Eliminating as many toxic pesticides from your kitchen as possible is a great first step, but choosing organic as often as you possibly can may be the best route for your optimal health, and for that of our planet.