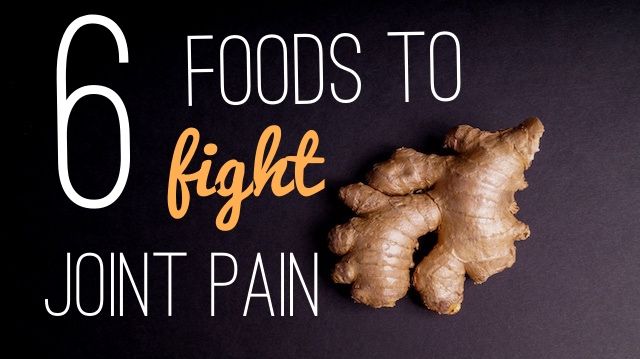 Chronic joint pain is a far too common occurrence in the United States. Those suffering from joint pain almost always experience a significant drop in quality of life, with their debilitating condition preventing them from playing their favorite sports, performing at their job, or even the simple pleasure of playing with their children.

As a result, the pharmaceutical industry has made a buck or two in the sale of painkillers designed to relieve the pain associated with joint inflammation. Every single day, millions of dollars pass from people desperately seeking a solution to their pain to pharmacists promising this solution through drugs such as Advil, Motrin or Celebrex.

The problem with these drugs, however, is that the pharmaceutical industry really doesn’t know enough about them to be dishing them out like candy. Recently, almost every non-steroidal anti-inflammatory drug (NSAID) available on the market was recalled due to an increased risk of heart attack, stroke and other severe cardiovascular side effects. Even those painkillers still on the market have their problems, damaging the liver, causing complex and sometimes dangerous cross-reactions with other drugs in the body, and potentially causing drug abuse and addiction.

There’s got to be a better solution to joint pain. And that solution may be staring us in the face every time we open the fridge or look in the pantry: food. Depending on what you eat on a daily basis, food can either nurture the body and cure your pain, or make your situation worse. Continue reading to learn which six foods can help you fight joint pain.

Ginger is a pungent root that has been used for thousands of years in China as a natural and effective pain reliever. And, as we have found with many of the natural medicines used by the ancient Chinese, it seems they were onto something.

In addition to providing a delicious earthy flavor to Asian dishes and baking, ginger also contains a range of compounds that fight joint inflammation. A study published in the journal Arthritis compared ginger extract to betamethasone and ibuprofen, two common drugs used for the treatment of osteo- and rheumatoid arthritis.

The study found that ginger extract was more powerful than ibuprofen and at least as strong as betamethasone in reducing cytokine production. Cytokines are immune-regulating compounds that can cause inflammation in the body, and are subsequently linked to joint pain and a number of other painful conditions. The added benefit is that, while betamethasone is linked with a range of adverse side effects, including depression, vision problems, weight-gain and seizures, ginger is safe to use and is not associated with any unwanted side effects. 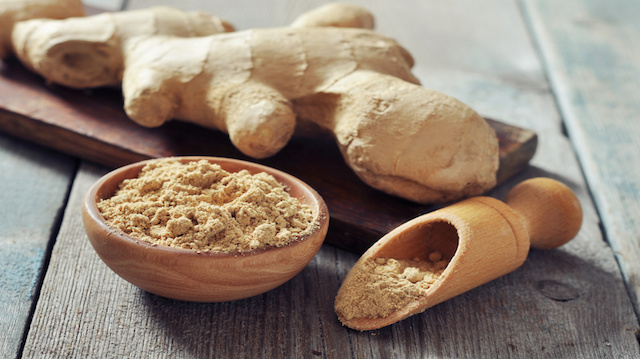 We’ve all heard about the benefits of omega-3 fatty acids in salmon, and for once the rumors are true. While other foods increase levels of inflammation in the body, omega-3s actually work to decrease inflammation by suppressing the production of enzymes that erode cartilage. They also help regulate the prostaglandins, which play a role in inflammation and therefore pain. Good-quality, wild-caught salmon is one of the highest food sources for omega-3 fatty acids, so eating salmon once a week can play an important role in fighting all the inflammatory conditions causing you pain in your joints. 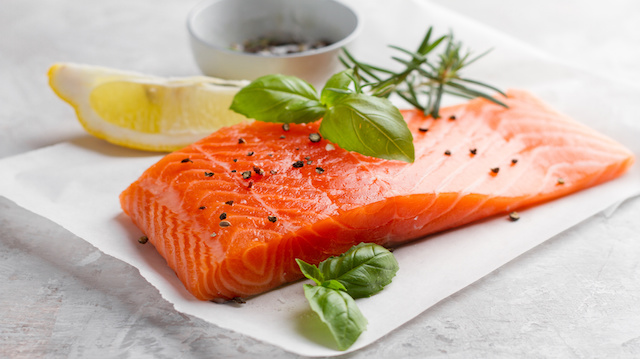 Turmeric has long been used in Indian Ayurvedic medicine as a pain reliever due to its active ingredient curcumin. Curcumin is the pigment that gives turmeric its characteristic yellow-orange color, but it is also responsible for dramatically reducing inflammation in the body.

This compound has been shown to impact a wide range of genes in the body, inhibiting the activity and synthesis of cyclooxygenase-2 and 5-lipoxygenase and a number of other enzymes responsible for inflammation. A study of 100 subjects suffering from osteoarthritis who were given 200 mg of curcumin daily found that curcumin was considerably more effective in reducing inflammatory markers than the control group, which was given popular NSAIDs typically used for the treatment of arthritis. 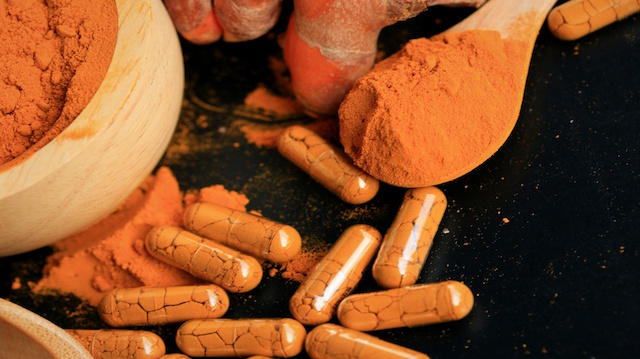 Chili peppers, while being put to good use in spicy Asian dishes, can also be an effective pain reliever. These peppers contain an ingredient called capsaicin, which is responsible for their heat and is produced to protect the plant from fungal attack. Capsaicin stimulates nerve endings and works to deplete a chemical called substance P, which sends pain signals back to the brain.

For this reason, capsaicin is a common pain-alleviating ingredient in topical creams and patches. When applied externally on the skin, chili peppers produce a burning sensation, as their capsaicin activates heat-receptor proteins, which trick your brain into thinking it is experiencing pain. When applied for sufficient time, the pain nerve cells become depleted, meaning they can no longer respond to anything that causes pain. Thus the initial discomfort of capsaicin can actually provide long-term relief at the site of pain.

For this reason, the capsaicin contained in chili peppers can be an effective topical or even internal treatment for joint pain. 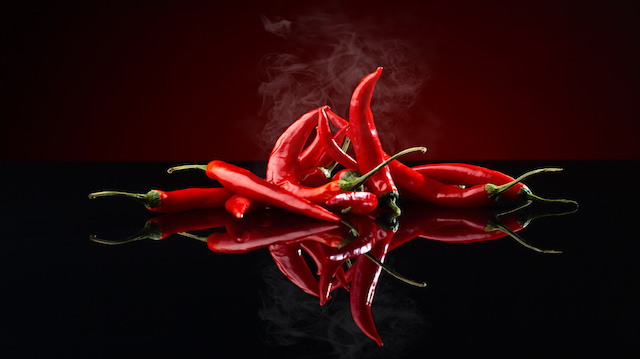 The humble orange, long celebrated for its vitamin C potency, contains an antioxidant called beta-cryptoxanthin, which has been shown to decrease the development of inflammatory joint conditions. Studies have shown that eating oranges and therefore getting your daily dose of this powerful antioxidant can reduce your risk of arthritis by a whopping 41 percent.

In addition to being a potent weapon against joint pain, oranges help reduce toxins in the body and prevent free radical damage, which could otherwise seriously reduce your chances of curing your inflammatory joint condition. 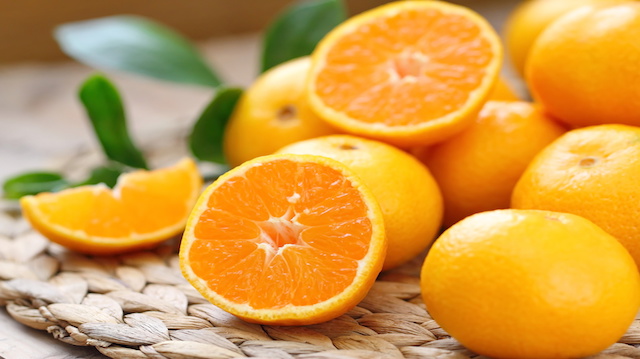 Tart cherries contain phytonutrients called anthocyanins, powerful antioxidants that are responsible for the deep red colour of this delicious fruit. Scientists have discovered that tart cherry anthocyanins provide effective reduction in inflammation associated with pain, and have determined that they have comparable effects to the NSAID indomethacin. This effect is associated with the ability of anthocyanins to counter oxidative stress following an inflammatory flare-up.

Tart cherries have also been shown to be effective against gout, a painful form of arthritis that causes swollen joints as a result of uric acid buildup in the bloodstream. People who consumed two servings of tart cherries reported a significant reduction in their serum urate levels and a decline in inflammation, both of which are strongly associated with gout. 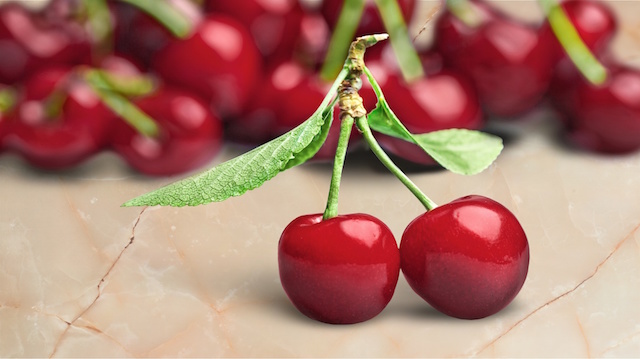 Take your fight against joint pain one step further by learning about these five ways to keep your joints limber.