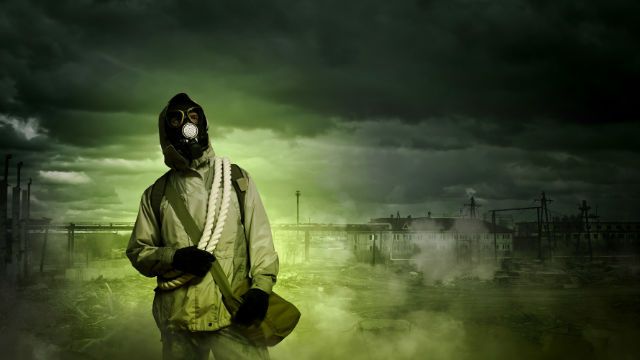 More disturbing news from the damaged Fukushima nuclear plant in Japan – a new radioactive leak has occurred. According to the operator of the plant, another 100 metric tons of contaminated water burst from a tank on February 19 of this year, which is the worst leak the plant has seen since last August when the situation at Fukushima became an international headline.

According to the Tokyo Electric Power Company (Tepco), this latest leaked occurred because a valve on a large storage tank “remained open by mistake,” pouring contaminated water into another holding area.

The radiation levels of this leak are nearly equivalent to those of August’s 300 metric ton leak – a level three on the seven-point scale used for determining radioactivity. Tepco states that this particular leak was “unlikely to have reached the ocean.”

The Fukushima disaster began in 2011, after the tsunami hit the northwest coast of Japan, killing approximately 18,500 people and decimating several villages. The tsunami also led to three nuclear meltdowns at Fukushima, and the subsequent damage and leaks within the plant. Since the damage, radioactive water continues to leak from the plant.

Fukushima cleanup, which was originally scheduled to have been completed in March of 2013, may take another three years to complete, according to estimates by Tepco officials. An especially tricky part of the cleanup involves transporting damaged atomic fuel rods, which if mishandled could lead to further nuclear disasters.

In 2012, approximately 15,000 people whose homes and farmland were destroyed after the No. 1 Fukushima plant released radioactive materials on surrounding villages, filed a criminal complaint against Tepco and government officials, citing negligence charges. However, these charges have now been dropped, much to the chagrin of many former residents of the area, who are committed to continuing their legal battle.

Several government officials and senior Tepco officials are facing other civil lawsuits, including people demanding compensation for financial and mental damages from the disaster. Collectively, the plaintiffs in these lawsuits are seeking their hometowns to be restored.

We eagerly await an end to the chaos and strife surrounding the Fukushima disaster, and hope that things get better soon, instead of continuing to hear about ongoing problems with the cleanup.